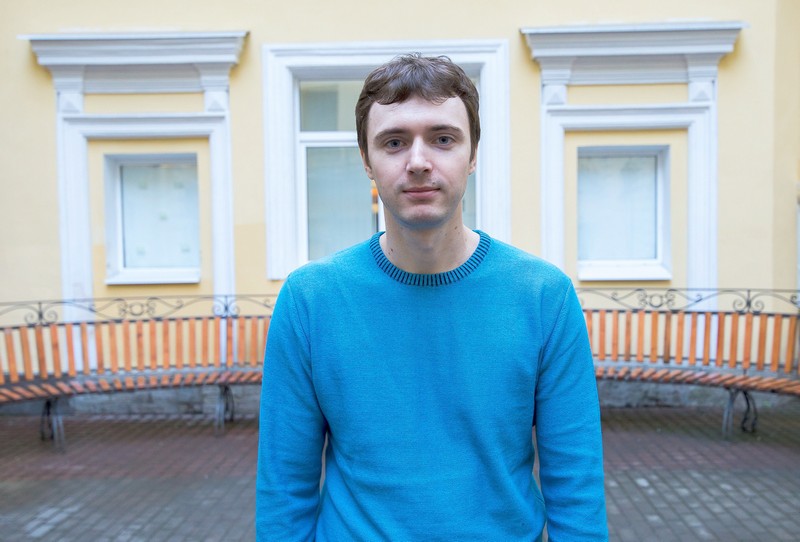 The paper called “Trends in Magnetism: From Strong Correlations to “-onics” Technology” is devoted to low-dimensional electron systems and Dirac materials such as graphene and  topological insulator. These materials are widely used in such promising fields as spintronics and  plasmonics. According to Mr. Yudin, he was awarded with the Prize because his research revealed several suprsiging results that were published in the leading international scientific journals. Thus one of them focused on so-called skyrmions research. The skyrmion is a curl structure made of electron spins.

“The skyrmion is a particle-like state, which was detected in different types of magnetic materials. This state might be applied for data processing and information storage. Our German colleagues proved that skyrmions can be affected by two orders lower fields in comparison with those that are used in common computer systems,” noted Mr. Yudin. “We are going to accomplish this research by finding ways that will give us an opportunity to apply skyrmions for computing and logical operations.”

After coming back to Russia Dmitry Yudin joined International Laboratory of Light-matter Coupling in Nanostructures of ITMO University. The lab is based on Chair of Nano-Photonics and Metamaterials, which was launched in 2010. Its` engineers research behavior of those systems that have such particle count, which is too high to apply equations of quantum mechanics for such systems and too insufficient to apply common methods of statistical physics.

As Mr. Yudin said, his present research activity correlates with his thesis.

“I decided to return to Russia because currently academic community is supported by the Ministry of Education and Science as well as such programs as “5-100 Academic Excellence Project.” Thanks to these efforts leading scientists and promising research labs  including the lab, where I am working now, gets lot of opportunities,” said Mr. Yudin.