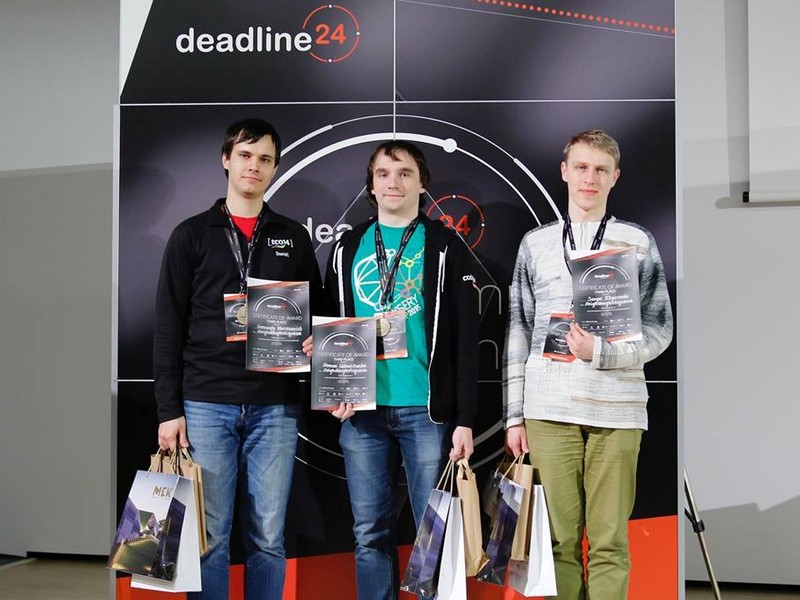 The teams had 24 hours to show off their skills, creativity and determination in developing algorythms for three tasks. Unlike ACM ICPC, the format of Deadline24 doesn't require an exact solution, according to Lidia Perovskaya, tutor of the Computer Technologies Department.  The teams just have to come up with the best solution.

"Each game consists of independent rounds, about a hundred in a 24-hour period. In my problem, each player controls a team of several cowboys and a few worriers, from which you can make teams. The goal of the game for each player - to get as much milk as possible, for which the teams leave the ranch, catch cows and bring them back. The more cows on the ranch, the greater the yield. The more cowboys in the unit, the more chances to catch the cow. This competition has its peculiarity: each game takes place on its own map, all of the groups simultaneously appear on it and have the same size, so they compete for cows. For example, during the game one unit can attack the other and take away their herd if attackers are stronger. Game cards can be 2D, 3D or even 4D. The problem's conditions are about 15 pages long and contain lots of details, which allows you to create a variety of strategies: to walk in the woods in a large group, so that everyone would be afraid to attack, or to break into many small groups and count on strength in numbers but  take the risk of an attack," said Mr.Korotkevich.

Polish organizers emphasize that every time Deadline24 finals are held in unusual historic places. For example, Museum Śląskie in Katowice has eight levels, four of which are located underground. This time, programmers competed at the deepest level four. However, this is not a record: a couple of years ago, the final was held in a converted art space in the mine at a depth of 320 meters.

The winners of the competition after a 24-hour marathon received gifts, including smartphones, hoverboard, readers Amazon and quadrocopters.