The Russian Ministry of Education and Science, along with the Presidential Grant Council, have announced the results of the open competition for presidential scholarships. These scholarships are provided to young scientists and postgraduate students who work on R&D in top-priority areas vital to the modernization of the Russian economy in 2018-2020. More than 2,000 applications were made; among 575 scholarship winners, 11 came from ITMO University. 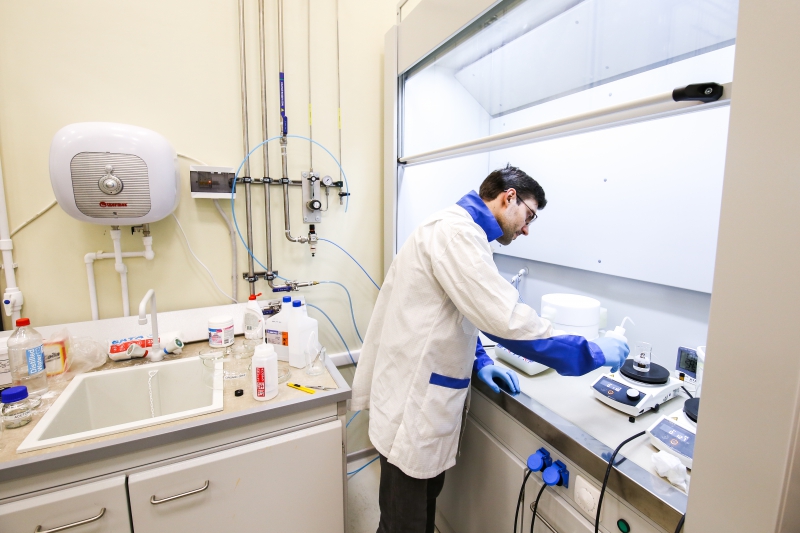 The Presidential Scholarship was established in 2012. Young scientists and postgraduate students below the age of 35 with publications in top peer-reviewed scientific journals and working on research and development projects vital to the modernization of Russian economy are eligible to participate in the competition.

The competition provides support to scientists in the following five fields:

- Energy efficiency and preservation, including the development of new fuel types;

- Space telecommunications technologies, including GLONASS and the development of ground infrastructure;

A total of 2,448 young Russian scientists have applied for the competitions, and 575 ended up as winners. The most popular area of research was energy efficiency and preservation, with 943 applications. The second and the third most popular fields were medical technologies and strategic information technologies with 783 and 433 applications, respectively.

The young researchers have spoken to ITMO.NEWS about their projects.

Aleksandr Litvin, researcher at the Center of Information Optical Technologies Project: study of interactions between quantum dots and semiconductor plasmonic nanocrystals for use in organic photovoltaic elements.

The first research into this topic began two years ago. It was then that the idea emerged of using a new type of plasmonic nanocrystal to amplify the optical response from light-emitting quantum dots in the IR region. As the study of this topic is compounded by a number of factors, it took a while to achieve a significant increase in photoluminescence. This, in turn, motivated the further use of such a system to utilize sunlight with more efficiency.

What makes such a system unique is that it only employs semiconductor colloidal nanocrystals, the properties of which can be finely tuned. Colloidal chemistry methods allow these properties to be modified extensively, and also ensure an adequate cost of devices based on these methods.

The main goal of this research is to establish the mechanisms of interaction between semiconductor plasmonic and light-emitting nanocrystals, which can result in amplification of optical response in the latter. In the future, this may help with increasing the efficiency of light collection in solar cells or enhancing the emission in IR quantum dot-based light diodes.

Sergey Cherevkov, researcher at the Center of Information Optical Technologies I’ve been working with two-dimensional nanocrystals – or nanoplates – for quite a long time, by scientific standards. Although, all this time we were looking at nanoplates in the visible range. In recent years, new and unique properties and applications for these objects are being actively discovered and studied. Last year, our Center outlined a project for the production of IR-range nanoplates for new research. Unfortunately, we didn’t get the grant, which is why I decided to apply for a Presidential Scholarship with a somewhat simplified version of that project.

One of the key challenges in modern materials science is the creation of new functional materials with enhanced optoelectronic and performance properties which can be purposefully modified depending on their application. Nanostructured multi-component materials combine the unique qualities of various nanoobjects and fulfill this need. One of their advantages over semiconductor materials of macro- and micro-size is the fact that their physical properties can be fine-tuned, their high performance quality, the minimal heat loss due to the small amount of electron-photon interaction, and the low production cost.

My project entails the design of hybrid complexes which, due to their two-dimensional geometry, would easily integrate into existing devices and facilitate an effective conversion of electric and light energy.

Dmitry Permyakov, research fellow at the Department of Nanophotonics and Metamaterials

Project: development of a model of an ultra-narrow spectral filter for communication systems in integrated optical circuits

We’ve been working on this project for the past three years. Our work concerned the various photon periodical nanostructures, including optical metamaterials and metasurfaces. About a year ago, at a seminar, I listened to quite a fascinating report on optical bound states in a continuum, which can be observed in structures similar to those we had already been working on. It was then that we looked deeper into this subject and, later, had the idea to implement an ultra-narrow spectral filter based on this effect.

One key feature of this research is the practical use of this relatively recent physical phenomenon. This area of research is quite active at the moment, yet there are very few studies that focus on real-life applications. We believe that this project will result in spectral filters far supreme to the existing options. Therefore, the main goal of this research is to provide an experimental confirmation of our idea and to show the possibility of creating an element crucial to optical communications systems – a spectral filter with an adjustable bandwidth.

Completing this project would help us significantly expand the existing line of chip-based optical communications devices, as well as motivate a push towards finding new practical applications of optical bound states in a continuum. Project: development of a medical product based on chiral hybrid nanostructures for theranostics of socially significant diseases

A most important task for nanomaterials science is the development of multi-function, high-efficiency nanomaterials which could significantly improve the efficiency of traditional theranostics (therapy and diagnostics) medical products for socially significant diseases. Current research on this topic is concerned mostly with the transfer of energy between nanocrystals and molecules. In my project, however, I will also study the chiral properties of hybrid nanostructures and their interactions with cancer cells.

Chirality is the geometric property of some objects which means that they are non-superimposable on their mirror images. It plays an important role in chemistry, biology and pharmacology, as the majority of biomolecules are chiral (sugars, aminoacids, proteins, penicillin, ibuprofen, naproxen, DNA, etc.). Most medical products based on the opposite enantiomers of the same chiral molecule may have different pharmaceutical properties: one may have a curative effect while the other will be non-active or even toxic.

I began working with chiral nanoparticles in early 2016 as part of an internship at Trinity College in Dublin, Ireland. At that point, our department was conducting research in this field as part of a government megagrant. After the internship, I continued studying chiral nanoparticles and, as of today, the data from my research constitutes the core part of my PhD thesis.

Chiral nanostructures are a promising and important area of nanostructural physics and modern chemistry, and there are a lot of scientific papers published on this topic in top journals. I was lucky enough to take part in the development of this fascinating field with an expert team from Trinity College and ITMO University, to whom I am very grateful. Among them are Yuri Gunko, Anna Orlova, Vera Kuznetsova and Finn Purcell-Milton. Despite a great deal of interest and a number of studies dedicated to the use of hybrid nanostructures in photodynamic therapy (PDT) of oncological diseases, several important issues remain unsolved. In my project, I plan to solve a number of issues related to internal processes occurring in hybrid nanostructures and the aspects of these structures’ function in biological environments.

Ekaterina Tiguntseva, PhD student at the Department of Nanophotonics and Metamaterials

The main goal of my research is the development of a tunable photon source based on hybrid perovskites.

I began my nanophotonics research back in my first year of Master’s studies. Under the supervision of Sergey Makarov, senior researcher at the Department of Nanophotonics and Metamaterials, I conducted a series of experiments in which I studied the optical properties of organic-inorganic thin-film materials – perovskites. Even then, this hybrid material was of great interest to the scientific community. Studying the photon properties of perovskite-based metasurfaces was the beginning of my work in this field.

Nanoscale light manipulation was made possible with the appearance of nanoparticles with a high dielectric conductivity index. It was discovered that such particles can be used to work with the two components of light – the electric and magnetic. These particles offer an advantage in that the lack of free charges leads to a minimal amount of dissipation loss. This makes them useful in nanophotonic applications, such as in nanoantennas, as well as in improving the efficiency of solar panels. Nanoantennas made with dielectrics with a high refractive index, which show little loss in the visible and IR bands, have become a new platform for nanophotonic devices. Moreover, unlike metal nanoparticles, they are capable of emitting light. Cheap and easy to produce, hybrid perovskites have a high refractive index. Nanostructures made with hybrid perovskites have the potential to be used in nanophotonics.