30 Under 30, a new annual ranking by Forbes Russia, has recently been published. Compiled by experts, this is a roll call of young visionaries aged under 30 years old and already enjoying national or international recognition among their professional community. The final shortlist of ten best-of-the-bests includes an ITMO University graduate, founder of the Motorica company Ilya Chekh, while the top-100 touts Artur Gleim, CEO of ITMO’s small innovative enterprise “Quantum Communications”. 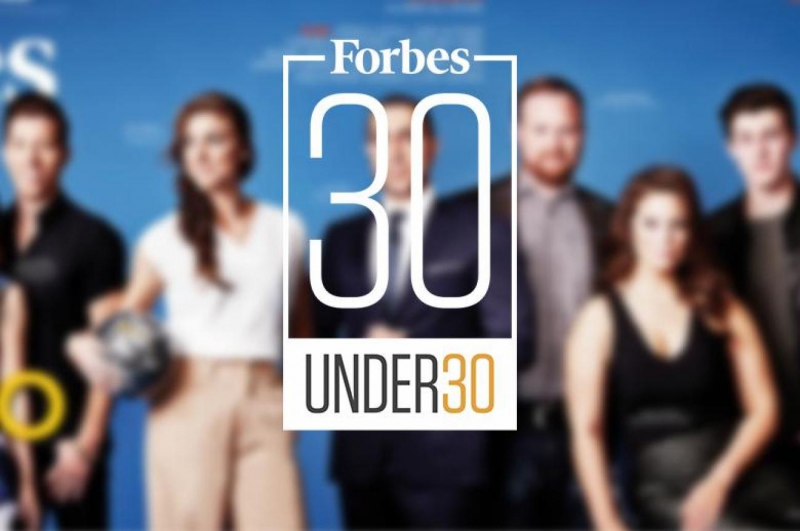 The 30 Under 30 ranking belongs to Forbes’s special editorial category of Entrepreneurs. In choosing the candidates to be included in the prestigious list, the journalists and experts making up the judges panel considered both their business successes and their products’ capacity of improving people’s lives.

Apart from the top-30, Forbes also came out with a top-100 of the most up-and-coming Russians under 30 years old. This one lists promising talents in nine different nominations: Music and Cinema, Science and Technologies, Investments, New Media, Management, Sport and Cybersport, Social Practices, Art, as well as Fashion and Design.

Encryption and main skills for entrepreneurs

Among the Science and Technologies nominees is Artur Gleim, CEO of the small innovative enterprise “Quantum Communications”, established on the basis of ITMO University. Specializing in theoretical and applied research in the field of quantum information science, the company’s offerings include quantum encryption systems, quantum random number generators and secure multichannel optical networks. The staff are regular participants at numerous Russian and international exhibitions such as “Photonics. World of Lasers and Optics”, “Optics-Expo”, “Russian Industrialist” and others, where they showcase their state-of-the-art laboratory prototypes. At a 2016 event that brought together St. Petersburg’s top hi-tech companies, they even demonstrated their developments to Russia’s president Vladimir Putin.

“Data protection proves to be especially crucial in the current climate, what with active development of information systems and the ongoing increase of various risks,” says Artur Gleim. “The world is shifting to a new kind of industry. This explains the demand for new, hi-tech solutions in this field. We take a comprehensive approach to the development of our project, which spanned all phases from research of new physical concepts to the implementation of applied systems and devices, which ensured their enhanced quality in the framework of the dynamically developing field of quantum communications. Right now our initiative is at the stage of pilot testing of samples and solving various implementation issues.”

Asked about the skills all budding entrepreneurs should aim at developing, Artur Gleim points at results-orientedness, alertness to opportunities and understanding of where to move next, despite the innumerable amount of difficulties. But the entrepreneur is quick to add that all these skills come to nothing if you don’t have a team, a tight-knit group of people with a common outlook and desire to move the project forward. Any achievement is a result of joint work by all team members.

Robots and difficulties of breaking through to the international market

The prestigious Entrepreneurs ranking includes Ilya Chekh. Since its launch in 2015, his company Motorica has been exploring the development of prostheses, namely the bionic and mechanical ones. The former have the biggest demand, as they allow to be managed via the user’s own nervous system by releasing muscular signal off the forearm.

“Robotics and looking forward to the future of humanity are becoming all the more popular,” explains Ilya Chekh. “You can see it in our modern culture, with series like Black Mirror and Love, Death & Robots, films like Iron Man and video games like Deus Ex springing to mind. We’re making cyborgs and it’s interesting. But the fact that we made it onto that list is a recognition of our successes, the more recent ones including our breakthrough to the international market and the creation of a platform for the analysis and storing of data from all rehabilitative devices.”

Ilya recalls that the beginning of the company’s journey involved a lot of growing pains and other difficulties for him and the rest of the staff. They didn’t have enough information on a wide range of topics: how prostheses are fitted in, which certifications a medical device needs to obtain, who covers the price of a prosthesis, and how the prosthetic rehabilitation process takes place. In their solving many of these issues they were majorly helped by the Agency for Strategic Initiatives.

The company is now re-experiencing many of these problems as they adapt to the specifics of the international market. Currently, Motorica is opening new branches in China and Belarus, as well as planning for expansion in Europe and India. In this, Ilya Chekh and his colleagues are drawing on the experience of the companies which work on similar projects and have already gone through certification in Europe.

The company’s plans for the future include a launch of a new type of a multi-grip prosthesis with flexible control done via a distributed network of sensors, as well as further digitalization of this prosthesis. The staff of Motorica want to turn the device into a modern-day gadget opening a host of new possibilities for its users. They are also actively involved in a variety of rehabilitation programs. For one, this year the company will open its own prosthesis center in Moscow, where they are to develop prosthetic rehabilitation standards for people of different ages. The team advocates for a shift in the understanding of prosthetics as a service and process which calls for careful monitoring of users’ successes and using the device in conjunction with a comprehensive learning and motivation program. The company sums this up in their near-future objective of the creation of a prosthesis subscription service.