For the first time in its history, ITMO University has received approval on three megagrant applications at once. Soon, laboratories for optoelectronics, MRI, and cultural heritage studies will launch in St. Petersburg. 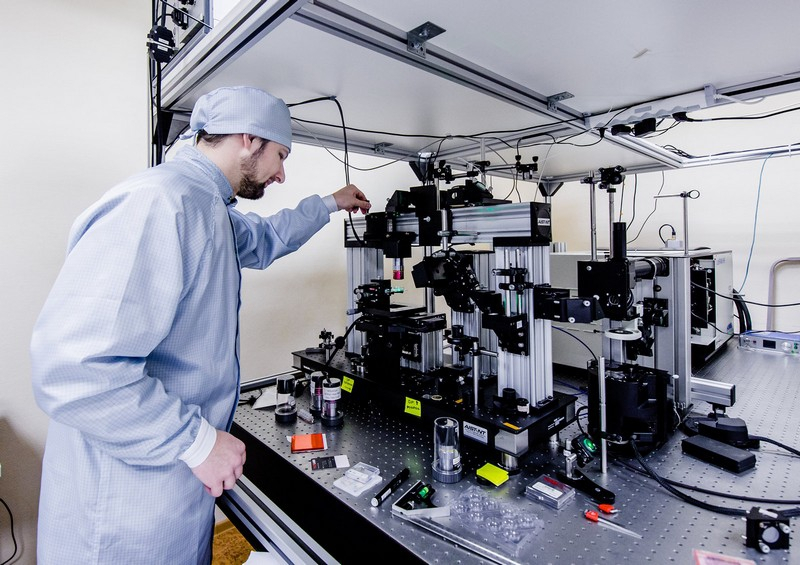 The results of the 8th megagrant competition have been recently announced. The so-called “megagrants” are large research grants awarded for purposes of research by the Ministry of Education and Science. The Council on Grants selected 43 applications from various Russian universities and scientific centers, including three from ITMO – a record number for the university.

“The megagrants help scientists launch new laboratories throughout the country. This funding can be used not only to develop certain fields but also improve the qualifications of academic staff,” says Irina Melchakova, the head of ITMO University’s International Research Office. “The megagrant competition is highly popular and competitive, which is why it’s great that ITMO University not only continues to participate in the competition, but also achieve such stellar results.”

The megagrants went to three ITMO University projects: one centered around nanolasers and microlasers based on next-gen nanomaterials and modern optical architectures; a project focused on promising quantitative imaging techniques in MRI; and the concept for a mobile lab for the study of cultural heritage under the aegis of ITMO University.

Each project will receive a grant of 90 million rubles for three years. The funding will be used to purchase equipment, launch new laboratories, and cover business trips to international research centers.

Nanophotonics: from theory to prototypes

Sergey Makarov, a professor at ITMO’s Faculty of Physics and Engineering, represents Russia in the interdisciplinary project on creating new nano- and microlasers. This research will be carried out at the intersection of physics, chemistry, and materials science by the joint efforts of the faculty’s leading young scientists.

The researchers aim to create new ultra-compact high-speed lasers that will operate in the visible rather than the infrared range. They plan to apply advanced nanomaterials, such as gallium phosphide, which can be potentially used in the production of compact optoelectronic devices for various applications – from communication lines to optical computers.

“We want to create working prototypes of optoelectronic devices,” emphasizes Sergey Makarov. “We want to start by conducting fundamental research. For example, lasers will be first pumped by light from other lasers, and systems will operate at low temperatures. But our end goal will be to switch to systems capable of working at room temperature and lasers pumped by current. This will allow us to fully integrate them in optical chips.”

Hilmi Volkan Demir, a renowned specialist at the Nanyang Technological University in Singapore and a major expert in optoelectronics, became one of the international partners of the project.

“He is a pioneer in nanomaterials and his inventions were widely used in various displays and flexible electronics,” says Sergey Makarov. “Currently, he is engaged in combining next-gen nanomaterials with the new concepts of nanophotonics. He has a great deal of experience in bridging science and industry. Many of his works can be found in many top-rated journals.”

Another winning project is headed from the Russian side by Irina Melchakova, the head of the International Laboratory "Applied Radioengineering". The project is a continuation of previous research on the improvement of magnetic resonance imaging (MRI) with the use of devices based on cutting-edge materials. ITMO University has been engaged in this field for several years. The creators want to make this category of diagnostics as effective and as safe as possible.

“We realized that we should not only deal with radiofrequency and develop new coils for MRI units, but also optimize pulse sequences used to obtain images, as well as apply artificial intelligence,” explains Irina Melchakova. “Our goal is to improve the MRI procedure, shorten it, increase its safety, work out new methods of obtaining images, and, as a result, offer medical specialists a universal set of methods that will provide insightful information about various diseases and positively affect the process of diagnosis and follow-up.”

As the project aims to solve clinical problems, the team will also invite specialists from the Almazov National Medical Research Centre who will help identify the burning issues and evaluate the developed methods for their further implementation in clinical 1.5 and 3.0 Tesla MRI scanners.

The project will provide scientists with unique high-quality MR data. The accumulated image databases will let scientists use deep learning technologies to search for new markers of inflammation and fibrosis. Such advanced technologies possess enormous potential in medicine and especially in radiology.

The project’s international partner will be the French scientist David Bendahan.

“We met David Bendahan during the internship of our graduate Anna Khurshkainen,” recalls Irina Melchakova. “He helped her with the first project, then they continued collaboration within the H2020 project M-CUBE, and its success led to our participation in the megagrant competition. David is a renowned specialist in MRI research and the leader of the SIMS research team (spectroscopy and imaging of the musculoskeletal system) at the Center for Magnetic Resonance in Biology and Medicine (Marseille, France). This center gives scientists access to numerous tomographs that simply don’t exist in Russia yet.”

The third project to receive approval involves the launch of ITMO’s new laboratory that will specialize in the study of museum items and cultural heritage objects using optical spectroscopy and tomography methods, as well as the creation of a research team that will use portable devices for scientific in-situ studies.

Using funding from the megagrant, scientists will purchase modern optical equipment for the analysis of art objects, including a terahertz spectrometer, an optical coherence tomograph, infrared radiation sources, and more. All these devices must be compact so that scientists would be able to only conduct research at ITMO University, but also travel to other Russian cities and regions.

“We are also planning pilot experiments at the State Russian Museum. Our interests lie with icons, Old Russian decor, as well as avant-garde paintings,” says Olga Smolyanskaya. “In the future, our team will organize trips to see various objects of cultural heritage, for example, in Pskov, Novgorod, or Kirillov, because many objects are difficult or even impossible to bring to the university.”

The lab team will also work out methods for studying the technology of Old Russian paintings, including frescoes. This will let them determine the time, place, and method of production of paints, the type of dye, and how it was made. Scientists will also define the dating features of Old Russian architectural decor, including that made of glass and crystal materials. One of their goals is to identify forgeries of Russian avant-garde paintings. Among other things, that will require information about the composition of paints and finding ways to determine whether the canvas and paint were artificially aged.

Michel Menu, an expert in the field of cultural heritage studies, has become the project’s international scientific supervisor. Since 2000, he has been the head of the research laboratory at the Centre for Research and Restoration of the Museums of France (C2RMF, Palais du Louvre, Paris, France). The center collects artworks from different parts of Europe and France.

“This is a huge laboratory – a three-story building under the Louvre. Its team has a wealth of experience. They also have a mobile laboratory that fits into a minibus and lets them bring all the necessary equipment to conduct research on-site,” says Olga Smolyanskaya. “As part of the megagrant program, our young scientists will visit the C2RMF laboratory to exchange their experience, while Michel Menu will spend 90 days in Russia every year to teach us the latest techniques for studying cultural heritage objects.”

About the 8th megagrant competition

In total, the Council of Grants has received 465 applications from 57 regions of the country, including 362 applications from universities and 103 from scientific organizations. 20 expert groups made up of both Russian and international scientists were created to assess the applications.

As the organizers emphasize, the purpose of megagrants is to facilitate the creation of Russian laboratories that will work under the supervision of world-class scientists and conduct relevant and cutting-edge scientific research.

The winning scientific teams will need to obtain breakthrough scientific results, solve specific problems in fields defined by the Scientific and Technological Development Strategy of the Russian Federation, as well as train highly-qualified scientific staff.