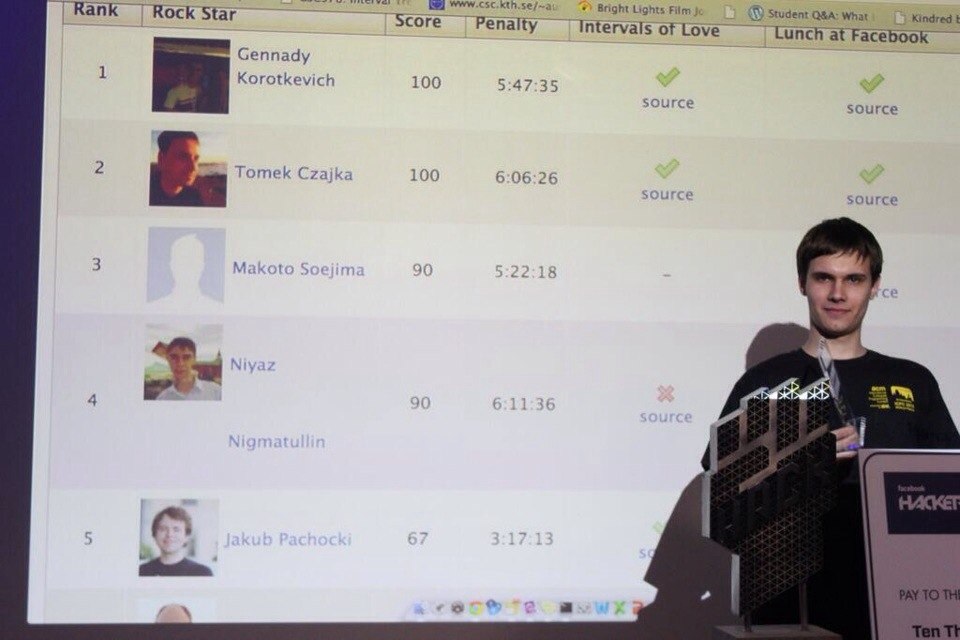 Today the outdoor championship on programming of Facebook HackerCup 2014 ended. 25 of the best programmers in the world of the thousands of participants passed in the final qualifying stages. Five of them are students and graduates of the Department of Computer Technology of ITMO University. After three hours of intense struggle a second year student Gennady Korotkevich won the competition. His team was the one who won the World Team Championship Programming ACM ICPC 2013. His teammates, Niaz Nigmatullin and Michael Kever, took place 4 and 19, respectively. Yevgeny Kapun, the  two-time champion of ACM ICPC took 8th place, and Andrew Stankevich, the associate professor of Department of Computer Technology, the coach of teams of the ITMO University, took the 6th place.