ITMO University celebrated the official opening of the first Russian University’s European office in Brussels on November 26, 2014. The event was attended by the representatives of international educational organizations, leading European and Russian scientists and other dignitaries. It was preceded by the meeting of ITMO’s International Council that discussed the University’s development strategy and plans for the future. 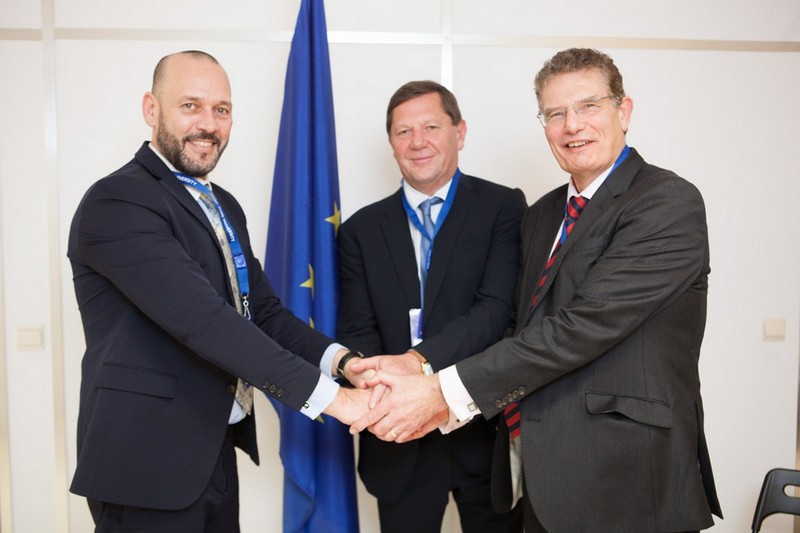 “Our new office in Brussels is the hub of educational and research partnership,” said ITMO University Rector Vladimir Vasilyev. “Its geographical location makes it easy to bring together colleagues from around the world without cumbersome paperwork and visas. The proximity to the European Parliament allows us to participate in various programs of the European Union. We are very pleased that our colleagues from London, Amsterdam, Paris and other destinations were able to join us for the opening and we look forward to the new step in international collaboration.”

The event gathered over 40 dignitaries, including representatives of Russia’s Ministries of Education and Science, Russian Chamber of Commerce in Belgium, international educational organizations, colleagues from Russian and foreign universities, permanent representatives of Russia in European Union, and others. Rector Vasilyev noted a high degree of interest to the new office in the capital of the European Union and hoped that such close proximity will become a launch pad for the development of University’s international contacts.

The Council discussed the strategies to help the University achieve success in 5-100 Competitiveness and Growth Program as well as outlined the plans for the development of international collaboration in education and research.

“The meeting of ITMO University’s International Council is a very important event for us,” said Daria Kozlova, head of ITMO’s Institute of International Development and Partnership. “Its expertise as a consulting body is invaluable. We are tasked with determining the best practices of other universities that can and should be implemented at ITMO.”

Even before the opening, there was already plenty of work at the new office under the management of Stephen Hagen, ITMO Pro-Rector for Change Management. On November 25, Sergey Stafeev, dean of Natural Sciences Department at ITMO, met with his colleagues from London to discuss the 10th International Symposium on Display Holography (ISDH) that will take place in Russia on June 28 – July 3, 2015.