Evert Verhagen, an urbanist: "The world is ruled by creative industries"

Evert Verhagen, the Dutch urbanist, gave a lecture in the ITMO University School of Urban Transformations on the 18th of February. 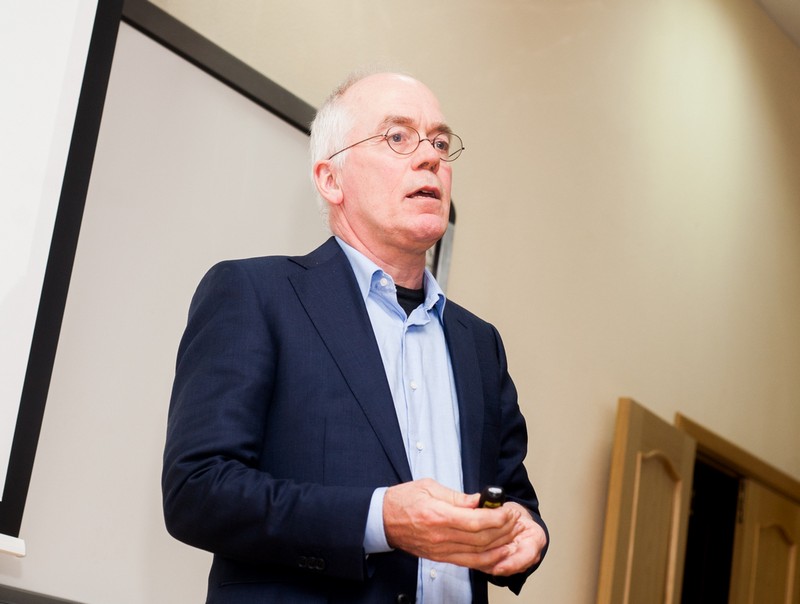 What makes a city attractive? Who should see it as an attractive one? Evert Verhagen, the founder of the Creative Cities agency, has been looking for the answers to these questions for over 20 years. He reinterprets the functions of the former industrial areas. To make a park out of the gas factory in Amsterdam or the cultural center out of the slaughterhouse is a usual business for him, because his goal is not to destroy the old and build something new, but to give a second life to existing buildings with its own history.

"There are too many new architectural projects in the world, most of which are not very successful," the Dutch urbanist says. "Why do people make them? For some reason we love to spend billions on building new buildings, that are used just once, and then become useless. The Olympic Games is a great example. Every time when building new stadiums and spending huge sums on the Olympic Villages, they say that the Olympics will leave behind a great legacy. And where is it? Who and how uses it?"

According to Evert Verhagen, the mankind has passed not only the era of agrarian economy and industrialization, but also has leapt through the concept of "information society" with its total computerization. Now the world is ruled by the creative industries. Creative people have become the main component of the attractive for life and business cities. And it is the universities who play the leading role in the preservation of their creative potential, the Dutchman says.

"The cities where it is impossible to get a good higher education usually do not develop. Young people prefer to leave such places because they simply have nothing to do there. The winners are the cities with good universities: they teach people, reveal their talents and inspire their creativity. Universities are the main suppliers of creative people who change the city. However, the attitude to the education must be rethought. In most countries, the education system, as well as the other government systems, is programmed to be linear and sewn on the patterns of industrial society. New times call for a more creative approach: we need to create places attractive for people, but not the ones that simply comply with the rules." Evert Verhagen says.

The last projects of the Dutch urbanist are located in Moscow and Amsterdam. He discussed small towns' public places in Moscow with representatives of the 50 districts of the Moscow region. But, unfortunately, the project was frozen. As the lecturer says, it is not only Russian problem.

"You can say that it is easier to create a park in Amsterdam than in St. Petersburg. But believe me, the attitude towards transformations is the same everywhere. There is no money officials are corrupt, they do not want to change anything. But if you want to change something, then there will be a progress. You need to constantly convince people that you are right and entice them to your side." the urbanist summarizes. 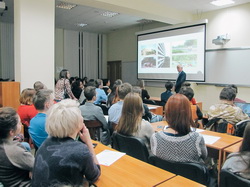 The lecture on Urban transformation, by Evert Verhagen, became the first in a new series of Around street art educational program of the Museum of street art. The objects of the discussion are the various facets of street art: architecture, art critic, actionism, urbanism. Lectures were held in the Hermitage Youth Center, the St. Petersburg State University Institute of History and this time - in the ITMO University School of Urban Transformations, with which the Museum of street art is cooperating for the first time.

"The choice of location was largely dictated by the theme of the lecture - Urban transformations. But now, when we met with the guys from UTS, we would like to continue our cooperation with the school, where the urbanism ideas are developing." Ksenia Piskunova, the coordinator of the museum, says.