In the last few years more and more assumptions are heard that the next Nobel Prize in Physics will be awarded for the discovery of topological insulators - a special type of material, which is a dielectric (insulator) inside and electric current conductor on the surface. This type of insulators can be used in optical chips, communication lines and quantum computers. 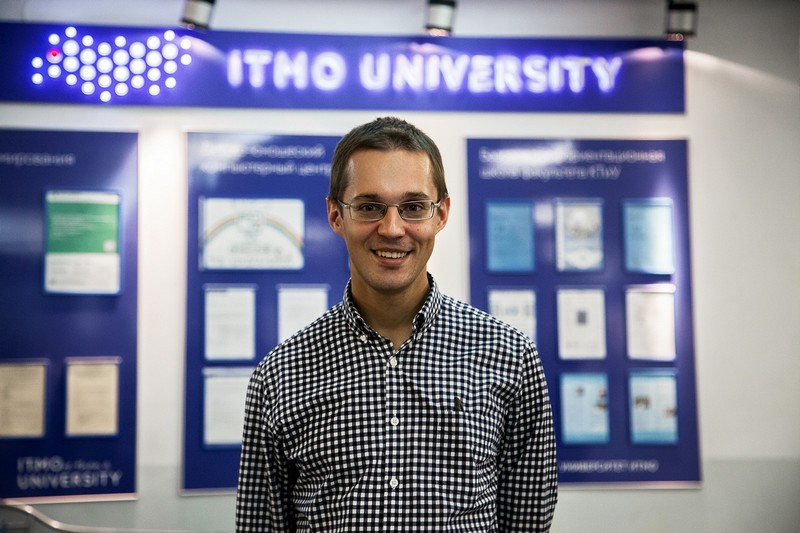 Scientists from the ITMO University Metamaterials International Laboratory together with their colleagues from the Australian National University were first to experimentally demonstrate the existence of a new class of optical analogues of topological isolators, where over the surface the electromagnetic radiation is transferred. The authors’ article with the research results have been accepted for publication in a popular prestigious Physical Review Letters journal.
Alexander Poddubny, one of the authors, scientific employee of laboratory, says more about the experiments with topological insulators.
- What will your article in Physical Review Letters be about?
- Topological insulators are investigated since 2005. These are materials in which there is a so-called "forbidden zone", where they cannot conduct an electric current: it can only go through special conductive states, which are distributed over the surface of the material without being scattered on impurities and defects.
The term "topology" in their name reflects the features of materials because of which the conductive states are stable to scattering. The discovery of graphene - a two-dimensional material of carbon atoms, which, being not a topological insulator - also prompted scientists to study similar systems. Our work is devoted to the optical analog of solid topological insulators, in which not electrons are distributed, but the electromagnetic waves or light. Such structures have appeared recently, but are actively studied just a couple of years. We explore the kind of vibrations excited in complex oscillatory systems, the so-called modes.
Today nanophysics and nanoworld are developing rapidly: people are trying to reduce the physical objects. Because if the object is large, its surface is just a very small part of it, the rest is inside, in the center. But if the subject is small, its surface becomes a very important part of various physical processes. The smaller the system, the more important the properties of its edges and, consequently, the boundary condition.
This study we started last fall. In the end, after a succession of studies and experiments we were able to demonstrate a new class of electromagnetic structures in which there are topologically nontrivial boundary states. We experimentally confirmed the existence of these states. Moreover, we were able to manage the spatial distribution of the electromagnetic field by changing the polarization of the incident electromagnetic wave.
- What is so unique about this discovery?
- The attention of scientists around the world is now turned to research in this direction. Study of electromagnetic topological insulators are currently held only in St. Petersburg: in the Ioffe Physical-Technical Institute of the Russian Academy of Sciences and in our laboratory at ITMO University.
We managed to offer a new class of electromagnetic structures in which there are topologically nontrivial boundary states. In addition, we experimentally confirmed the presence of these states in zigzag array of resonant dielectric particles. In contrast to the pre-existing works, the boundary states in our structures are subwave, that is, their spatial dimension is smaller than the wavelength of electromagnetic radiation that allows us to achieve the boundary states that are less than the wavelength of light. Until now, these experiments have not been conducted.
- Are there any practical applications of this development?
- This is a basic research now so it is hard to say about the practical applications. But a rapid interest to it exists because there is the potential application of the new structures to control the propagation of light in optical chips, nanostructures and communication lines that will increase the speed and quality of signals processing.
Reviewers' comments we received only in December. Reviews have been tough, but useful. We have significantly improved the article, received more answers to our questions, and we are planning to continue the studies. So far, we have studied the one-dimensional boundary states but we would like to study the nonlinear ones as well.
Back to top