How optics rules influence perception of art and architecture

The program of activities of the International Year of Light and Light-based Technologies in St. Petersburg opened with lectures of famous scientists on the connection between science and art which took place in Saint Petersburg Art and Industry Academy. 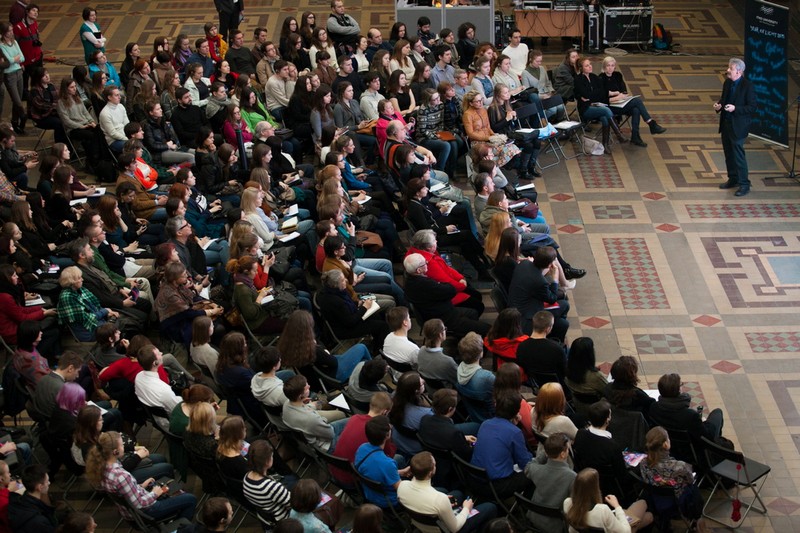 "My colleagues and I are in love with optics and consider it as a major science. Light which is the energy basis of life and eyesight that we use to explore the world around us - these are the things that define human existence. Optics repeatedly brings together scientists and artists, combines the rational and irrational approaches to bring fruits which, as a result, become a world cultural heritage," Sergey Stafeev says, one of the lectors, the dean of the ITMO University Natural Sciences Faculty.

It is not difficult to find examples in St. Petersburg, Charles Falco believes, the professor of the Arizona State University: The State Hermitage has enough paintings that show the acquaintance of artists with optical methods and the characteristics of human visual perception. 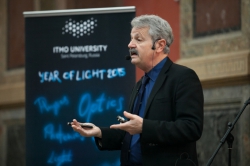 "Why did the painting suddenly become so realistic in the Renaissance? What happened when a flat image in the paintings of the Middle Ages changed to volumetric and detailed drawn one? Here was not without science: it were optical projections that helped to transfer the realism of the objects," Falco says.

Since 2000, Charles Falco, along with David Hockney, the artist, analyzes the Renaissance painting and looks for evidence of the influence of optics at it. From this point of view, the most interesting paintings in the Hermitage is the "Husband and wife" by Lorenzo Lotto, a Northern Italian painter: professor Falco says that to achieve such a realistic pattern on the Persian rug, the artist used the projection, changing the focus several times.
Not all people like the Renaissance artists' talent rational explanation, because it implies that the story of one of the most important periods in the development of painting is the story of the development of optical science, and it is associated with the name of Ibn al-Haytham, the Arab scholar. About a thousand years ago, he wrote a seven books fundamental work on the physiological and geometrical optics, which was translated into Latin in the XII century and became the basis of the first European book dedicated to this science:"Perspectiva" by Erazmus Witelo.
Sergey Stafeev considers the impact of science on the development of the art to be natural, especially since it is a mutual influence: the artist's imagination marked the beginning of a considerable number of inventions. 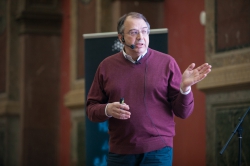 "There is no need to divide people with the technical and creative type of mind. I appeal to artists, musicians, architects collaborate with scientists. The harmony of beauty and scientific accuracy is the result that many thinkers wanted to achieve. I often recall the words of Mikhail Rusinov, the outstanding optics scientist, that if the drawing looks ugly, then the device constructed on it will work poorly," Sergey says.

Many examples of creative and scientific beginnings harmony can be found in the architecture. Egyptian temples included the long corridors of light, the structure of which - the size of the arches, in particular - were calculated by the priests of Pharaoh. Greek masters resorted to optical tricks, intentionally breaking proportions to avoid visual distortion of the building on which a person looks from its bottom.
Alessandro Farini, the professor at the University of Florence, who attended the opening of the International Year of Light and Light-based Technologies in St. Petersburg, addressed the issue of color perception. In the optical "the thing - the lighting" relation there is another important member - the vision of the observer: depending on the characteristics of the person and the lighting, the color of the object will be perceived differently. Wrong answers cannot be here, said the speaker, it is a natural difference of color perception. 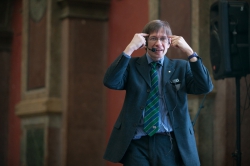 "Our vision is an unreliable tool for the color determination or the optical measurements conduction; it is easy to deceive it. However, this is one of the most amazing abilities possessed by people," the lecturer summarizes.

In his research laboratory at the University of Florence, Alessandro Farini studies the connection between the lighting and the human vision. Lighting is a filter that significantly affects our perception of color, according to the professor. Therefore it is especially important to plan the lighting of paintings in museums: it affects the color saturation and depth of painting colors. 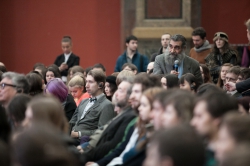 Popular science lectures by famous scholars marked the beginning of a series of educational events in St. Petersburg, which are aimed at drawing attention to the importance of light in everyday life. During the year the inhabitants of St. Petersburg will be able to make sure that the light is not a magic but a part of the fascinating science.
Back to top