The spatial development forum called Harmony of Versatility will be held in Saint Petersburg from the 22 to the 24 of May 2015. For three days, experts will be looking for the perfect strategy for the modern metropolis development and the possibility of practical implementation of the best ideas. 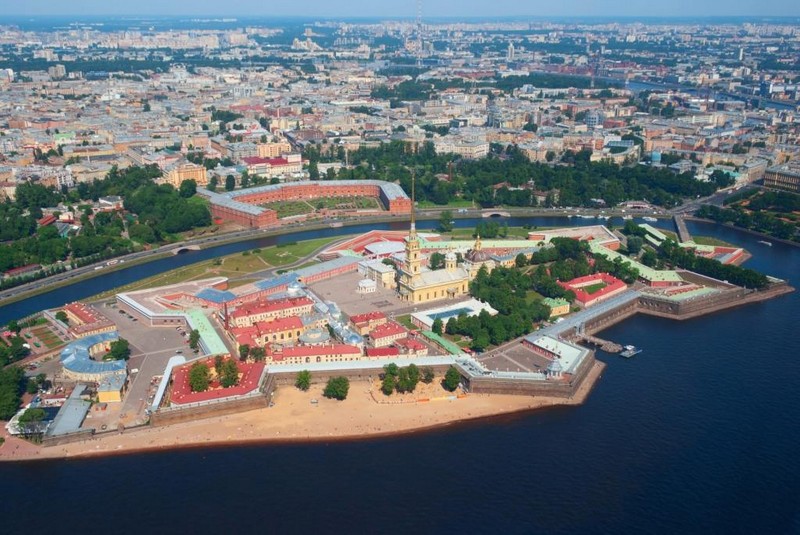 Within the Forum organizers are planning to consider three main projects, which represent the ways of the northern capital further evolution. Projects are dedicated to the creation of the knowledge city, the infrastructure features of the megapolis built on the water, as well as to the Great St. Petersburg - the interaction between St. Petersburg and Leningrad region. The leaders of the 35 world cities and experts in the field of urbanistics, history and architecture are invited to the event. At the plenary sessions, the participants will discuss the possibilities of cooperation in modern conditions and ways of the joint overcoming the social and economic barriers.
According to Vladimir Vasilyev, co-chair of the Forum organizing committee, the rector of ITMO University, for the implementation of the Strategy for economic and social development of St. Petersburg for the period up to 2030 that was accepted in Smolny, it is needed to develop some certain tools. Strategy 2030 provides for the implementation of 17 government programs, but for the dynamic evolution the city should consider much more factors - architectural and cultural features, demography and spatial development specificity, transport logistics, information flows, and so on.

"Harmony of Versatility, the title of the forum, shows the municipal administration understanding of the fact that St. Petersburg has the need for the development of the multi-layer scenario development paths. We expect that the heads of relevant committees will participate in the Forum, on the basis of the experts’ advice will initiate new city development programs and will make adjustments to the existing ones," Vladimir Vasilyev says.

According to the ITMO University rector, the topic of megacities spatial development is also important because the percentage of the Earth urban population has already reached extremely high marks and continues to grow. Megacities’ administrations began to listen to the recommendations of the scientific community, now the business community should be involved in the dialogue.

"We hope that after the Forum, the business will take a more proactive stance in the creation and in the implementation of the city development projects. In our view, the Harmony of Versatility Forum is not just another conference where scientists and officials make presentations. We see it as a permanent site. For example, in anticipation of the main event, several strategic sessions will be held, the results of which will be presented at the event at the end of May," Vasilyev says.

Marina Sukhorukova, the head of the ITMO University Institute of Design & Urbanism believes that it is the universities who should become the initiators of projects aimed at improving the urban environment.

"The universities already have the experience on how to predict the possible "scenarios" of urban spaces development. And now it is important for us to see these ideas presented on the Forum," the director of the Institute says.

Alexander Govorunov, the vice-governor of St. Petersburg and the co-chair of the Forum organizing committee also notes that in the Northern capital, there is a problem of innovations implementation without their standing out from the general historical-architectural fund of the city. Therefore, to create a comfortable urban environment it is necessary to rely on the experience of the experts.

"The one and only ideal model of the large cities development just does not exist. Infrastructure, ecological situation, the number of industrial sites, the intensity of migration transport streams, the volume of new constructions - all these components are unique for each city. The Forum is conceived as a platform for effective interaction of the professional community, government and business. We expect that during this work some promising models for the development of our city may appear which will subsequently be implemented," Alexander Govorunov says.