April 14, 2015, an exhibition of the best posters on the International Year of Light and Light-based Technologies (IYL-2015) started at the Tkachi creative space. The event is designed to introduce visitors and citizens of St. Petersburg with light technology and modern creative concepts of the graphical light views. 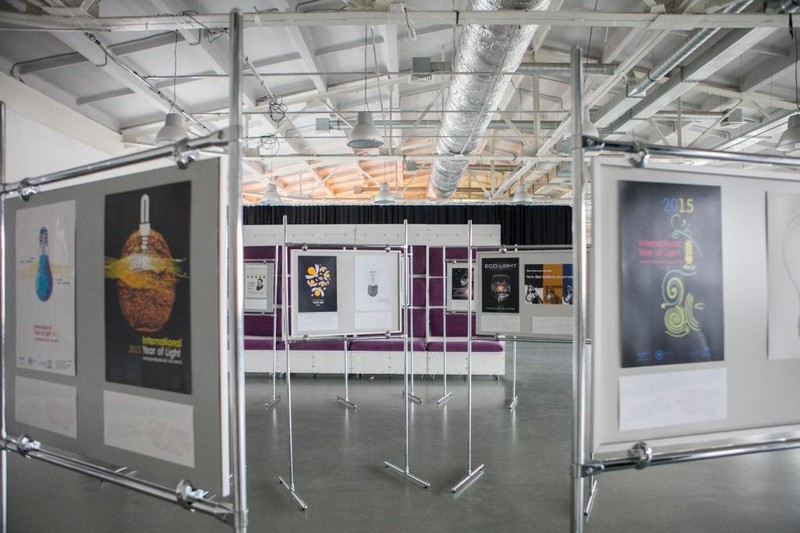 Everyone was able to participate in this contest. Organizers received about 90 applications, 50 of which were selected for the exhibition.

The authors of the best posters will be awarded by special prizes. It is easy to choose the most favorite poster - just attach a “like” sticker next to it. Three posters, which collect the greatest number of positive responses, will be the winners of the project.

"I am an artist and always work with light. For us, it plays an important role: reveals the shape and color,” said Alexander Ustinov, one of the guests of the exhibition. “While making a portrait it is useful to put spotlights to observe the volume. Color filters could be put on the lamps thus boosting the color effect. Even the old masters used special lenses to paint miniatures."

The UN General Assembly established 2015 as the International Year of Light. The idea of the project is to draw the world's attention to research in the field of photonics and optical technologies, energy efficiency issues, to emphasize their importance for all mankind. Hardly a scientific sphere can do without light: it is present in medicine, education, energy sciences.
Back to top