In April 2015, Russia for the second time entered the rights of the BRICS chairman, an informal association of five major emerging national economies: Brazil, Russia, India, China and South Africa. Until February next year, the countries, members of the group led by the Russian Federation, are planning to expand cooperation in education, science and youth policy. 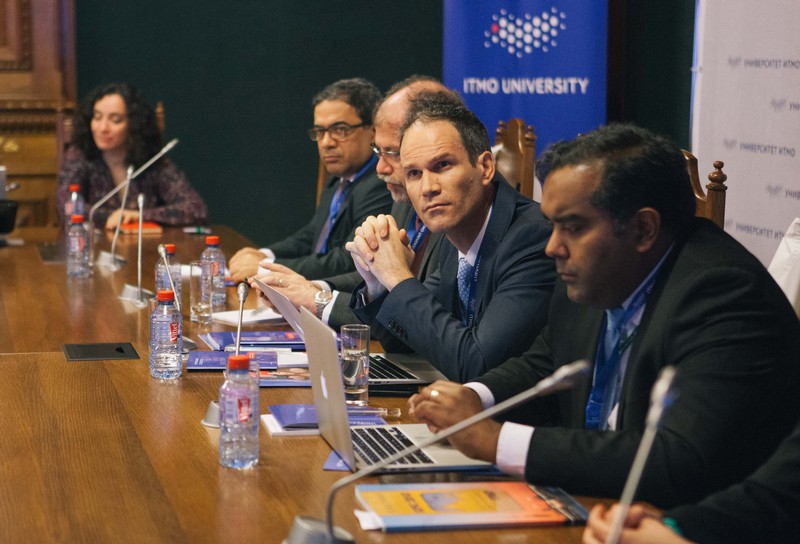 The BRICS summit in Ufa will become the central event of the Russian presidency. The event will be held on the 8-9 July, where the partner-countries representatives will discuss the economic partnership and the roadmap for investment cooperation. Work on the joint development of science and education has already begun: in March, the governments of the group countries signed a memorandum of cooperation in this area and decided to create the Universities League and the Network BRICS University.
On the creation of the structure and the function definition of the Network BRICS University all the universities interested in it are working now. As Ekaterina Tulugurova says, the head of the ITMO University International Educational Programs Department, the Russia's vision of the Network University future was the theme of the meeting in the Ministry of Education of the Russian Federation on April 14 this year. Representatives of the leading Russian universities have come to the conclusion that the consortium should be a less formalized structure than the existing Shanghai Cooperation Organisation University (SCO).

"Despite the fact that in the framework of the SCO, we work successfully and attract new students, from the bureaucratic point of view it is a very hard work - quite a lot of regulators. In contrast, the Network University is planned to be more flexible and open, without national rector's office in each country. To run any educational or research project one won't need to get any unnecessary documents and permits," Ekaterina Tulugurova says.

According to the current concept, the cooperation will be based not on the state level but on the level of higher education institutions: they themselves will initiate the creation of international educational and research projects, conduct student exchange and seek assistance from foreign counterparts. It is expected that Russian universities will give their proposals on establishing the Network University at the beginning of May 2015.
According to Irina Kim, the head of the ITMO University Center for Asian cooperation, a consortium of the BRICS countries universities will help to maintain a balanced joint personnel training in priority fields. However, the current collaboration with Chinese universities is not limited to academic students’ exchange. In the Nanjing University and ITMO University the mirror laboratories are created, where the scientific staff conduct their research in collaboration; the joint research projects are run as well as educational programs for information technologies and optical design.
Daria Kozlova, the head of the ITMO University Institute for International Development and Partnership, notes, that the University is working closely with Brazilian universities as well. Now the main aim of the international cooperation of the BRICS countries universities is the removing of barriers and increasing the attractiveness of study in Russia.

"Previously, we lacked a formal state support, as Russia did not participate in the Science without borders program. It assumes that the students themselves choose the country to educated in, and so we have to present our university, so they will choose to go from Brazil to Russia, particularly to St. Petersburg," Daria Kozlova says.

ITMO University will start the cooperation with the sports programming training, the area the University is best in, the expert says. The experience of the leading BRICS group participating universities will also help to improve the University efficiency and the Russian higher education as a whole in the framework of the Project 5-100.

"It is logical that Russia has become the chairman of the BRICS this year. We have a huge potential for development, an understanding of with what educational and scientific products one need to go to the market, we have an opportunity to teach foreign students and conduct joint research activities," Daria Kozlova summarizes.