Delegation of universities, participating in the 5-100 Project, visited leading universities in Brazil and took part in a conference organized by the Brazilian Association for International Education (FAUBAI). 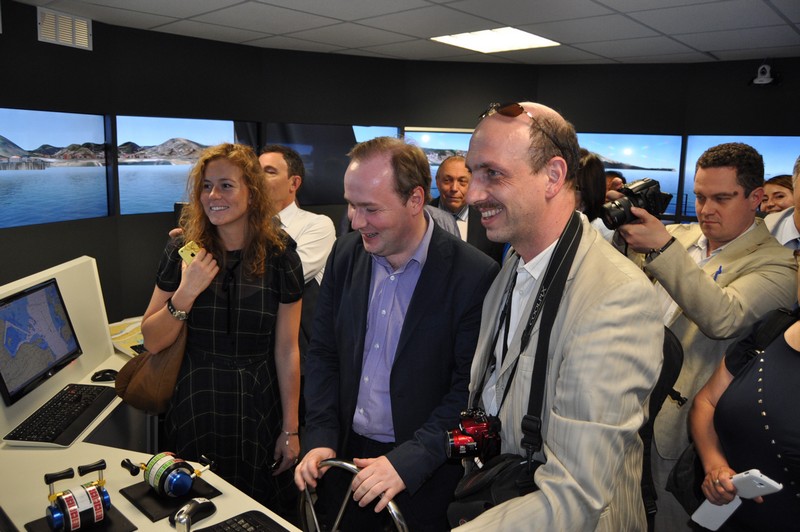 The trip purpose was development of cooperation between leading Russian and Brazilian universities. The first steps in this direction were made in 2014 at the European Association for International Education (EAIE) conference in Prague. After that, by the invitation of the Ministry of Education and Science of the Russian Federation, Brazilian universities’ managers paid an official visit to Russia in December 2014. They visited a number of institutions of higher education within the 5-100 Project, including ITMO University.

The Petersburg delegation’s business program began with a visit of almost ten Brazilian universities, with many of which University ITMO has already signed a cooperation agreement. The University of Campinas (UNICAMP), specializing in the natural sciences, was among them. It is worth to mention, that more than 15% of all research laboratories in the country belong to this university. During the visit, the delegation also visited the University of Sao Paulo (UNESP). Thought this university is relatively young (it was founded in 1976), it has already entered the QS and QS BRICS world universities ranking. Today, the university contains 33 faculties and institutes, two hospitals and three veterinary clinics. The delegation also managed to visit Federal University of Rio de Janeiro (UFRJ), the largest federal university in Brazil, which initially grew out of the country's first official organization of higher education (School of Medicine, operating since 1792). For now, among its divisions there are eight hospitals, hundreds of laboratories, various museums and libraries. One of the most important projects of the University is the Technological Park of Rio, specializing on the developments in the fields of energy, oil and gas, information technology and communications. At present, innovation cluster includes more than 200 laboratories and Coppe-UFRJ business incubator, existing since 1994. Over the last several years, the construction of IBM, INTEL, Schlumberger, and FMC Technologies companies’ research centers is being held at the cluster’s territory.

"For now, there is no active cooperation between universities of Russia and Brazil yet, so it is important to "show ourselves”. For Russian universities it is an opportunity to expand the geography of its partners, as well as to increase cooperation with world leading universities, included in the top 400 world rankings. It will be interesting to cooperate both in terms of academic exchange, and research work. At the same time, our foreign colleagues understand that Russia is a country of opportunities where there is a basic science of high quality," Daria Kozlova, the director of the ITMO University Institute for International Development and Partnership, said.

One of interesting observations during the trip was the fact that the most common countries for training Brazilians abroad are the US, France, Australia and Britain. According to Daria Kozlova, this tradition is difficult to change, but Russia still is able to occupy its niche: we are ready to offer a quality education in the field of exact sciences. Another collaboration way is a science. In Brazil, there are a lot of Russian scientists, who conduct joint investigations, also due to the Science Without Borders program. 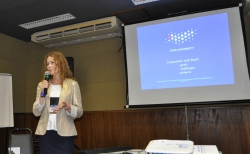 The topic of cooperation between higher education institutions participating in the 5-100 Project and Brazilian universities was the main on at the conference. Russian delegation participants presented to their foreign counterparts information about universities in general, as well as various options for interaction: short educational programs, academic exchanges, scientific partnerships. In particular, Daria Kozlova told about the project of the Electrical Engineering and Precision Electromechanical Systems Department. In July, the Sazhen-TM quantum-optical system was commissioned at the University of Brasilia. It is a laser rangefinder that allows determination the distance to spacecrafts, their angular coordinates measurement in order to determine or correct a trajectory of space devices, and obtaining the photometric information in the visible wavelength range. In addition, ITMO University’s foreign colleagues may be interested in training for sports programming by the five-time world champions.

"My speech sparked a lively discussion; colleagues asked a lot of questions. I also should mention, that at the FAUBAI I not only met our Brazilian partners, but also Mexican and American ones. Besides, everyone congratulated ITMO University for the successful "road map" defense at the International Council meeting," Daria Kozlova concluded.