Science and innovations seriously affect the technological progress and the people's lives. Therefore there is an increasing need of society to participate in these processes. Science communications are designed to establish the cooperation between the science world and the people. 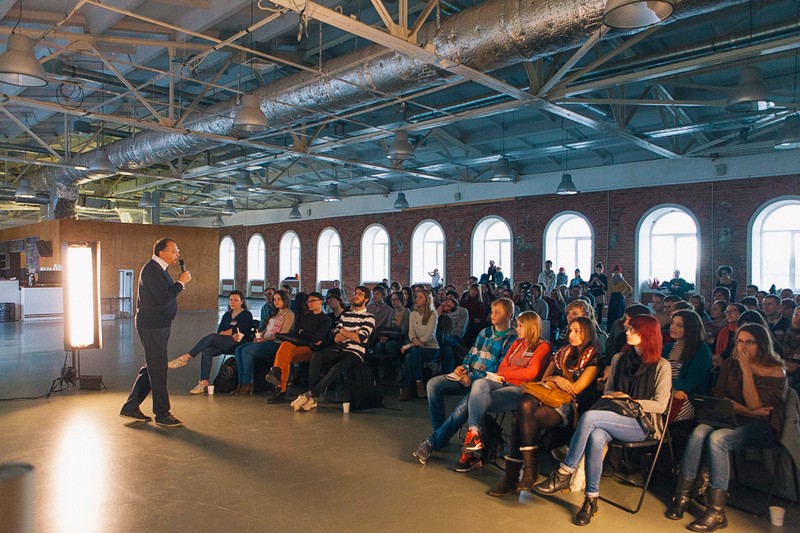 For a long time the communications in the field of science and technologies meant an unilateral dialogue with the society: it was believed that a lack of people's science understanding can be compensated only by giving a lot of information. However, it is not always so: there must be a full cooperation with the society, which includes not only education, but also the involvement of people in the various processes taking place in science.

As Dmitry Malkov says, the ITMO University scientific communications specialist, abroad, where they realized the importance of the bilateral dialogue between science and society earlier than in Russia, the direction called scientific democracy develops. The society has the right to vote in deciding which areas of science should be supported more than others. Such people power is true, since most of the researches are carried out at the expense of the taxpayers, and they need to know where their money goes and how the scientists work results will influence their lives.
For the scientists themselves it is equally important to be involved in the communication with the public. More and more scientists these days are becoming ready to share their discovery not only with their colleagues in professional journals or at conferences, but also with people who are far from the science.

"More and more scientists abroad are becoming aware of the need for this kind of communication. When they understand they have committed a socially significant discovery, they themselves become the initiators of promotion of this knowledge: they contact the press service of their institution, address the media, and conduct scientific and popular lectures. In Russia this culture has not fully taken root: sometimes the university or the research center spokesman has to keep track of interesting publications himself, and then offer scientists to make their discovery available for public, explain why it is important," Dmitry Malkov says.

There are enough reasons for the scientists to love scientific communications. Studies show a direct link between academic citation index and the degree of publicity, and this influence is a two-way one. There are many cases when the results of the studies which were presented in the media attract talented students to the lab. Another interesting consequence of the scientific communication is an informal networking between scientists from different fields of knowledge and their further cooperation. Also, the dissemination of information about research increases the chances of the laboratory for the successful additional financing obtaining.

"Now the main objective of the scientific communication experts in Russia is the infrastructure creation which could combine the scientific community representatives, the media, public authorities, various cultural centers and, of course, the society. After all, one of the tasks of this structure is to make a person an active participant of scientific progress. There is a special term - civic science, in which framework anyone can contribute to the advancement of knowledge about the world. One of the most prominent initiatives is an online game called EyeWire from MIT, which offers everyone to contribute to the study of neural connections of the retina. The project involves millions of people and the results of their work are used in the research of scientists and are found in the following scientific publications. It is noteworthy that among the authors they note the users whose results were taken into account during the preparation of the publication. Serious scientific journals publish the MIT articles, not everyone can boast of publication in Nature," Dmitry Malkov says.

In recent years can be noticed a significant shift in the development of scientific communication in Russia. The projects appear which are aimed at facilitating the dialogue between the public, the media and science, new scientific and popular publications appear, new museums are opened. For example, in St. Petersburg the World of Science museum will be opened in Lakhta Center, which will be both an educational center and a place of scientific initiatives realization; Science Slam science "fights" and the Geek Picnik festival are also very popular. The city supports the world's scientific and educational initiatives: the year 2015 is announced to be the International Year of Light and Light-based Technologies and is accompanied by a series of activities aimed at raising people's awareness about the importance of light in our lives.
However, the scientific and popular activity is just a practical component of scientific communications which themselves are the academic subject. Russian universities are aware of the need to develop this sector and to ensure the emergence of new specialists. Starting from the next year in ITMO University an elective course will appear for students in the field of scientific communications which later will be transformed into a master's program.

"In our country there is a great potential for the development of scientific communication: Russian scientists are becoming more open to the world. They attract their foreign counterparts for joint research and participate in projects abroad. So, thanks to the new opportunities, we are able to return to the study of lunar soil in Antarctica. An expedition will be sent there led by Viktor Grokhovsky, the Ural Federal University professor, who in 2013 was in the top ten scientists who changed the world, according to the Nature journal. Not only scientists or media can take part in the realization of this research but also the society in general. A crowdfunding project is launched to collect part of the funds for the expedition, which could become an annual," Dmitry Benemanskiy summarizes, the UrFU spokesman.