From April 22 to May 1, 2015 the delegation of the ITMO University graduate and undergraduate students paid a friendly visit to China's leading universities. 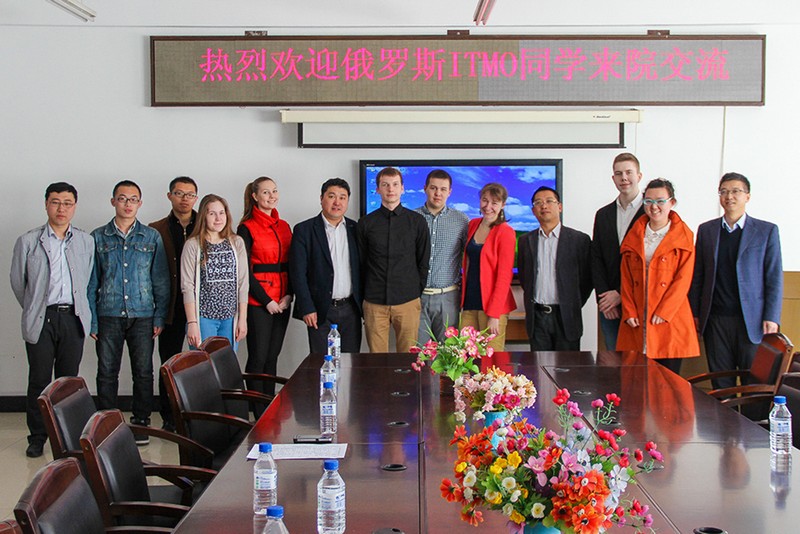 The purpose of the trip was the cultural and scientific experience exchange during the Optical School  of Lighting Design, which was held under the auspices of the 5-100 Project and within the international Russia-China program, which is aimed at of the students’ role in the country’s innovative development enhancement.
The receiving part, represented by employees of the Changchun University of Science and Technology, has organized a special scientific, educational and cultural program for visitors from Russia.
During the trip, students from St. Petersburg, have acquainted with the history of Chinese university and observed its rapid scientific activity growth. Delegates took part in a roundtable discussion with the Changchun University student organizations, where they presented the project by the ITMO University Council of Students and shared their experiences in carrying out activities at both local and international level.
Some excursions to the optical laboratories of a foreign university were also organized specially for the St. Petersburg delegation. Students learned about the projects that currently are carried out at research units and centers, and listened to a lecture on the Optical Design in the Development of Vehicles with Autonomous Management and Animated Analysis of the Earth Surface.

"During the lectures on optics, we have learned that the teaching methods in Russia and China are quite similar,” Mikhail Novoselov, a student of the ITMO University Optical Information Systems and Technologies Faculty, shared his impressions. “We were fascinated by the fact that the university’s site is a big part of the city, where laboratories, student academic buildings, sports and entertainment complexes, shops, canteens, campuses for students and teachers are situated."

After visiting the Changchun University, delegation from St. Petersburg visited Beijing, particularly, the Peking University campus, and discussed the volunteerism features in China and Russia with foreign counterparts.

"Volunteering at the universities of Russia and China differ only by a university’s region specifics. For example,, students in Beijing landscape campus site and involve their classmates in socially useful work. Similar as the ITMO University students, they are engaged in volunteers training, working with the elderly people and festivals organizing," Alena Stepanisheva, a student of the ITMO University Natural Sciences Faculty, the chairman of the ITMO University Student Volunteer Center, said.

It should be noted, that the students and teachers from Changchun University of Science and Technology already visited ITMO University last year, so the current visit was a response from ITMO University side.