Russian startups in Europe: where is the path to success?

Specialist in IT SIEs' development and sales scaling Omar Mohout shares his views on specifics of Russian startups on the European market. Omar Mohout is the member of the Board of the Startups.be organizationin Belgium, and plays a key role in the Belgian startup community, being the Senior Advisor at the Sirris.be Accelerator program. 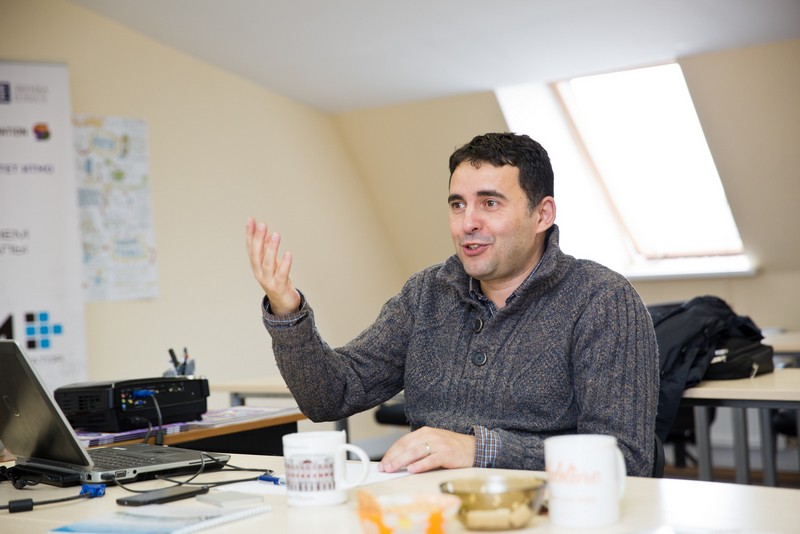 Do Russian IT companies have any advantages or specific opportunities on global startup market?

Soviet Union had great math and physics, and today we can see that this foundation leads to great technology. If nobody is aware of it, if nobody knows what you are doing, it has no value. In other words, it is great to create value but capturing value is just as important. The location of your company used to be important, because it needed to be closer to the market and to be the part of local ecosystem. Nevertheless, thanks to the technology today, the moment you appear online you become global, you can reach 40% of the world’s population with the broadband internet. A startup is a startup whether it is based in Russia, US or Europe; we speak the same language, have the same challenges and use the same kinds of approach. The opportunities of the digital age can help you to get foreign outlook and bring Russian technologies into the world.

But do we understand European market or do we just think on a local level?

There are weak and strong elements of the Russian economic and social system. If you look to Finland next door, with only 6 mln people living there, the local startup companies must go global if they really want to succeed. When you launch your startup in a small European country, you just have no choice but to think at least about entire region. As I see it today, the majority of Russian startups first think about their own country, and then about the rest of the world. Therefore, the strong point such as the large local market may also be your weak point.

Russia is also strong in engineering; there are many educated and talented people. But one does not always have an entrepreneur set of mind. Europe faces the same challenge, being less skilled in commercializing of research and technologies. USA have a much better climate for it, because many people want to entrepreneurs in the United States.

How can we change this situation?

The mindset in ITMO University is already good - you have an incubation program, startup academy, you think international, and that is what university should be. If everyone were like that, you would create a new generation of people who think on a much larger scale. Second goal is to create local heroes. If you turned to the experience of a big corporation, as a student you will not think, “I’ll be on that level one day”. However, if you see someone who spent 2 weeks to make an app that costs $10 000, you think you are able to repeat his or her success. As an example, Estonia is a small country, but they have local heroes who have created Skype and Pipedrive. Access to technology is very cheap today, so the more local heroes you have here in Petersburg - the more people will follow them, you just have to put them in the spotlight. Telegram is a good example of this process; it inspires people to do something similar.

Are there any difficulties in launching a startup from outside of Saint Petersburg and Moscow?

One of the factors of success is to be the part of an ecosystem, which includes education, investors, mentors, coaches, media, etc. In theory, one can be in the middle of Siberia and create a startup that will succeed, but it is hard if you are not inside right ecosystem. It is impossible to create right climate in every village, but you can create clusters. Saint Petersburg is the capital of culture in Russia, it brings up creative people, and creative environment is a best place to launch your startup. Saint Petersburg is also a hub of the automotive industry, so why not bring automotive startups to Saint Petersburg. Clustering is a key to this issue.

What has more potential to bring money, software or hardware production?

There are three basic elements you can work on; it is software, like web services or apps, hardware and data. If you are a pure software startup company and you have consumer-oriented app, maybe the best place for you is in the Silicon Valley. However, the combination of three components at once is much more sustainable. If you produce hardware and combine it with software and data, it will be harder to replicate it, you will be under less competitive pressure and it is easier to protect your IP. It also might be better for you to stay in Europe or in Russia, because there is much more relevant engineering knowledge and production capabilities for it than in USA.

Quite a big trend today is the internet of things, and, again, it brings hardware, software and data together. If I aired a startup today in Russia, I would be thinking about it, or I would go for industries that are strong here.