From 10 to 13 May, ITMO University undergraduate and graduate students visited Peking University and Huazhong University of Science & Technology and held ITMO Days at both universities. These events were a part of the 5-100 Project and the Russia-China Program, which is implemented under the auspices of the Program to enhance the students' role in the country's innovative development through the integration of student associations' activities into higher education. 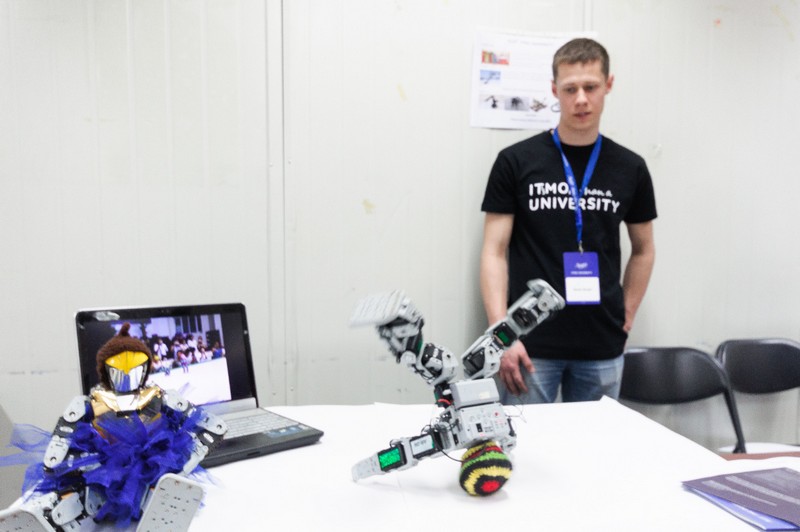 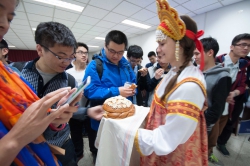 In the Optics section presented Challenge Quest - a board game consisting of Challenge box with the questions and LED and laser mazes. Besides, they presented laser oscilloscope, the liquid crystal surface that reacts to heat, glasses with diffraction gratings instead of lenses, magic box with dynamic lighting illusions and others. Most of equipment presented in sections ITMO University students made by themselves and brought to China.

"Participation in ITMO Day is a wonderful experience of public speaking, and another opportunity to prove yourself. I especially liked the event's concept: guests moved freely through sections, which made communication with students informal and individual. We managed to give some details about our projects and ITMO University training opportunities for students of similar majors, give general information about our University and also attract students of other scientific interets. Workshops and live chats were enthusiastically perceived by the audience," Anastasia Dubinovskaya, a fifth-year student of the ITMO University Physical Engineering Faculty, said.

Besides, visitors of the Robotics section had to repeat the movement of dancing robot Bioloid and maintain the balance with robot Lego. As for visiting Information Technology section, Chinese students had to answer questions on programming and play mind games.
For the host country workshops on painting in Gzhel and Khokhloma styles, a quiz with questions about Russia were organized, besides, some general information about Russian traditions was presented.

"I was very pleased that Chinese students wanted to learn more about our country and its culture," Yuri Pokoptsev, a first-year student of the ITMO University Physical Engineering Faculty, said. "On the other hand, when we arrived in China, it seemed to be just another world which very different from ours, and very interesting to learn about. ITMO Day has become for me a great opportunity to learn the culture of China." 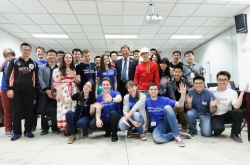 The informal style of communication was a little unusual for foreign visitors, as in China such events are usually held in a more formal way. However, guys quickly found a common language with Russian students.
The ITMO University delegation had a tour to the Huazhong University of Science & Technology campus, as well as some laboratories where students were told about research units and centers operation in the China's University.

"As a future scientist in the field of optics and photonics and as the ITMO University Optical Student Chapter secretary, I was very interested in getting acquainted with uazhong University of Science & Technology, which is considered to be one of the world leaders in optics and photonics," Vladimir Borisov, a fifth-year student of the ITMO University Faculty of Photonics and Optical Information Technology. "I have visited a Huachzhunskogo University's research center for optoelectronics and looked at the Chinese colleagues work inside. Besides, I managed to make a lot of new contacts, which, in the future, I hope, will help to strengthen international relations between our universities and countries."

ITMO Days became the first experience of this kind. It is expected that the practice of cross-cultural student activities will continue in the future and will contribute to the students of different universities and countries rapprochement.
Back to top