The two-day Innovations and Entrepreneurship in Universities: Today and Tomorrow International Conference organized by the USRF and the Bauman Moscow State Technical University finished on the 18th of May. 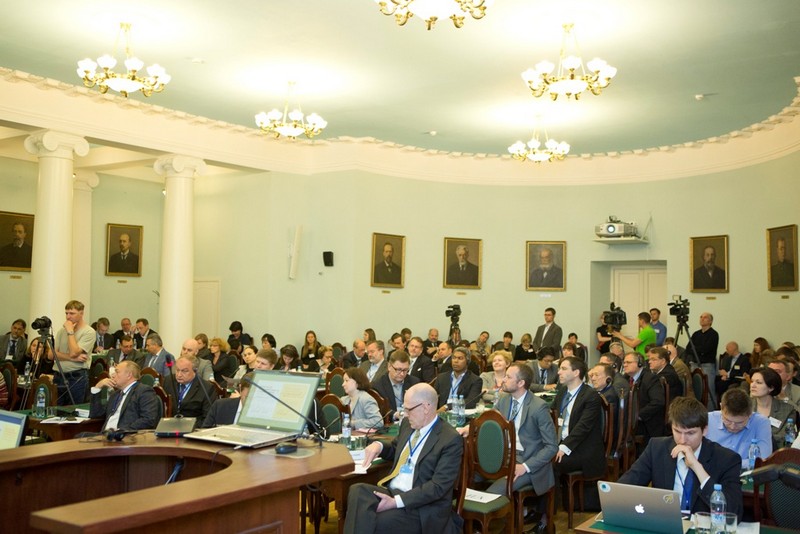 The EURECA realization results, the international program to improve research and entrepreneurial potential of Russian universities, successful models of cooperation between universities, business and industry, issues of entrepreneurship education, venture capital, intellectual property protection became the main topics of the event. The conference was attended by Alexander Povalko, the deputy minister of education and science of Russia, Igor Agamirzyan, the Russian Venture Company director, Evgeny Velikhov, the RAS academician, Alexander Shokhin, the Russian Union of Industrialists and Entrepreneurs president, and experts in the field of innovations, entrepreneurship and education from Russia the USA, Japan, Switzerland, Finland, Canada, Israel. Also the event was attended by representatives of leading educational institutions of Russia: ITMO University, The National Research University Higher School of Economics, N. I. Lobachevsky State University of Nizhny Novgorod, The Ural Federal University named after the first President of Russia B. N. Yeltsin, Center for Entrepreneurship organization. 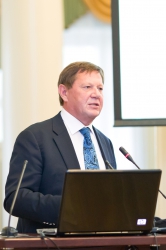 The central event of the first day of the conference was the meeting dedicated to the results of EURECA, the US-Russian program of the USRF fund, which is aimed at the Russian universities research and entrepreneurial potential increasing using new models of scientific and technical cooperation between Russian and American educational institutions. The program is implemented in many Russian regions, with the participation of various universities. In St. Petersburg, ITMO University plays this role.

"ITMO University stood at the very beginning of the EURECA program in 2010. It is nice to know that after 5 years of work we, together with our partner University of California, Los Angeles, achieved significant results. We not only cooperate in the field of innovations and entrepreneurship, organize parallel startup accelerators programs and open opportunities for startups to enter the markets of the USA and Russia, helping to develop the innovation ecosystem in at least eight Russian regions. We are implementing a number of joint Russian-American research and educational projects and we intend to pursue further partnership valuable for both sides," Nina Yanykina comments, the head of the ITMO University Design and Innovative Activity Department. 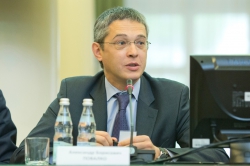 Participants discussed issues of business education in Russia, the development of educational standards in this field for universities, and forms of entrepreneurship education. Following the Entrepreneurship Teaching session, conducted under the supervision of Eric Hansen, the vice-president of Center for Entrepreneurship (CFE), the agreements on cooperation were reached between ITMO University and the Bauman Moscow State Technical University in the field of entrepreneurship education of students of technical and engineering specialties.
The main objective of the Venture Financing, University Venture Capital Funds meeting was building a dialogue between universities and the private investors’ institute. The experts discussed the details of the university venture capital funds work and other forms of educational institutions developments financing as well as the mechanisms of interaction between private investors and universities. Further steps to promotion of tools of developments private financing in a number of universities in the country.

"Based on the results of the universities and VentureClub partners workshop, which took place on May 18, it can be said with certainty that our work on building the dialogue between the academic community and venture capitalists, business angels, moved forward," Nina Yanykina says.

"During the two days of the conference we were able to work in a constructive format on those problematic issues, which universities face in their daily activities. Indeed, the innovation ecosystem in Russia has already formed and is working successfully. There are development institutions, various forms of the research and entrepreneurial activities support, a stream of start-up projects in Russian regions is formed gradually, development programs are implementing, one of which is EURECA. But in my opinion, Alexander Povalko, the deputy minister of education and science of Russia, to a certain extent was right when during the opening of the conference he said that we did not have enough success stories. I think it's a matter of time, and there will be more success stories similar to the ones that the EURECA program demonstrates us now," Nina Yanykina concludes.