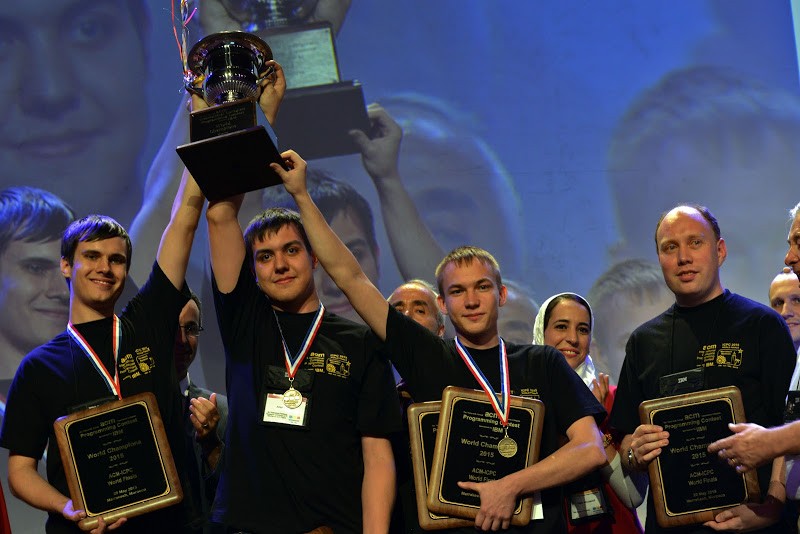 The 6th in the ITMO University's history victory in the most prestigious student programming contest was achieved by Artem Vasiliev, Boris Minaev - the last year bronze medalists, and Gennady Korotkevich – the World Champion of the year 2013 in the ITMO University team and the first ever winner of the Grand Slam in the sport programming. Earlier, ITMO University has already become an absolute ACM ICPC winner in 2004, 2008, 2009, 2012 and 2013.
In addition to the broken record of wins in the competition number, the team of champions achieved another unique result. During 5 hours they have managed to solve all 13 problems proposed by the organizers.
Back to top