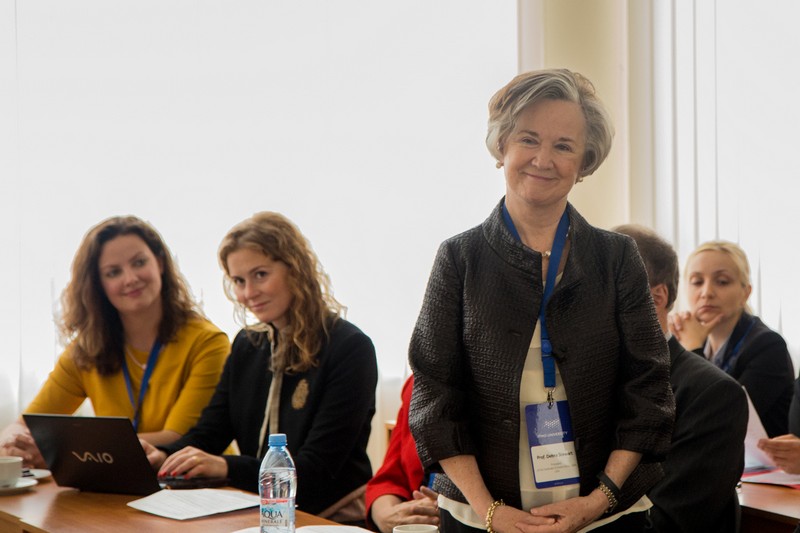 The opening of ITMO International Days took place on June 2, 2015, on the ITMO University campus on Birzhevaja Linija, 14. The first item on the agenda was an open forum on “The Future of Universities,” where experts shared their experience in developing educational programs and recommendations on forming university strategies. Head of ITMO International Council Georg Winckler pointed out the importance of knowledge-based economy. A reorganization of the University’s structure and support of innovations are critical for its development.

Debra Stewart, former head of the Council of Graduate Schools noted that successful development of innovations requires a special environment as well as support of the innovations culture, while Kathryn Atchison, UCLA Vice Provost of Intellectual Property and Industry Relations, outlined key objectives of modern universities. According to the expert, top colleges should not just prepare qualified personnel but ensure social mobility, make innovation activities attractive to various demographics and promote ideas of higher education excellence.

Ekaterina Tulugurova, Head of the ITMO University International Educational Programs Dept., noted that one of the key topics to be addressed during the roundtables at the ITMO International Days is partnership between foreign universities and ITMO as well as Russian universities in general. The discussions will focus on student recruiting and mutual quality control of education.

“It’s imperative to establish what keeps foreign students in substantial numbers from coming to ITMO University on international programs and academic exchanges as well as what prevents Russian students from going abroad and how partner universities are going to tackle this issues,” said Ekaterina Tulugurova. “Another important topic is quality control of education because everyone wants to ensure that education at partner universities meet internal university requirements. That’s not just one of the basic principles of ITMO’s approach but also a topic of many education conferences.”

Ekaterian Tulugurova stresses that the main goal of ITMO International Days is to offer students and faculty of ITMO and partner universities an opportunity to meet face to face and establish topics for research and education of mutual interest.

“Representatives of some of our partner universities have never been to ITMO before. Now we’re offering a full immersion into the life of the University to help them understand us better,” said Ms. Tulugurova. “The participants of ITMO International Days become a sort of brokers and networking with them will help establish new directions for potential collaboration.”

On June 3-4, 2015, all international guests participated in roundtables at ITMO University. The discussions have been focused on international student recruiting, current issues in quality control in international education and student selection.