On the 4th of June in the ITMO University Technopark within the Helsinki Days the workshop and competition of innovative projects took place in St. Petersburg where experts and representatives of the city government and the business of the Finnish capital were as the jury. 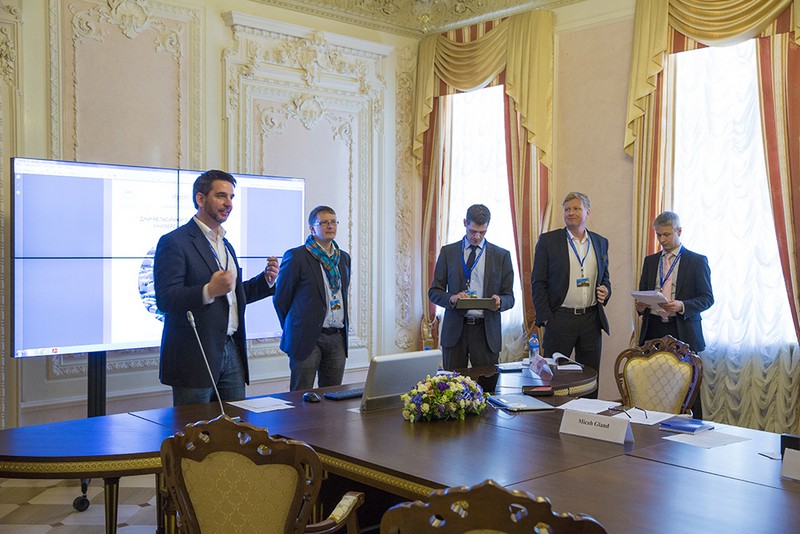 During the seminar the foreign guests told whether the crisis can be an opportunity for company growth, how to develop business in a rapidly changing economic realities, how to reach the European Union market having the assistance from the City of Helsinki.

"Those experts who have come today to ITMO University are active participants of the innovation ecosystem in Finland, they possess a vast amount of information about startups and companies, the experience of which may be of interest in the Russian realities. One of the objectives of cooperation is to jointly create a qualitative, finished product that will be in demand on the international market. The Finnish side is always enthusiastic about cooperation offers," Olesya Baranyuk says, the deputy director of the ITMO University Technopark.

Helsinki is a dynamic and competitive capital that in terms of its economic development pace is among the top ten fastest growing cities in Europe. The business environment, innovation potential, as well as the convenient location and high quality of life are undeniable factors for attracting foreign companies. According to statistics for 2014, the capital of Finland is on the 19th place among the world's cities to attract investment. Many business incubators, accelerators, state startup entrepreneurs support programs contribute to this.
The active participation of the city authorities, business representatives, investors and the scientific community in the formation of an innovation capital ecosystem is another key to successful development of this sphere, as noted by Santtu von Bruun, the head of the Helsinki administration Department of economic development.

"Of course, in addition to the basics - talented people, qualitative research and developments in universities, scientific centers, it is important to establish contact, to pull all these projects out of scientific environment into business and make them attractive for the client. That is, there should be the companies which should act as a guide of these inventions into manufacturing. This is something which we faced not so long ago, about 10 years ago. And if you look at the US, in particular, to Silicon Valley, they have this process functioning for many decades. They don't face such a problem anymore, unlike us or Russia," Santtu von Bruun says.

A contest of innovative projects has become another step towards the creation of close contact between science and business. Within the contest the residents of the Technopark, business incubator and accelerator Future Technologies of ITMO University presented their projects to foreign guests.

"Each company will have exactly five minutes to present their business idea to foreign experts and make them interested. Five winners that will be chosen by our guests will be able to pass the preacceleration program in Helsinki Enterprise Castle, a well-known Finnish accelerator. It allows our university projects to test the potential of their product for the European market in test mode. Each team will have a mentor who will be able to advise them on almost all issues: on the protection of intellectual property rights, the process of registration of companies in the EU and so on. In the future of these five projects one company will be selected, which will receive funding for company registration in Europe," Olesya shares information. 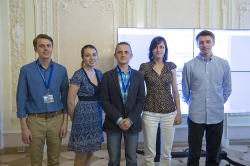 About 15 projects from the areas of medicine, IT, marketing, agriculture and others were presented to the experts. There were automatic processing of data in charts for the qualitative data visualization, a device that produces stress monitoring, an application for real estate sale and other.
Among the winners were: VeeRoute company which is engaged in solutions for the transport logistics optimization, services to find Chinese language interpreters Global Land, Study Q which helps to determine the place to study abroad, as well as Rehabot project and the development of chemical biosensors and sorbents to improve soil fertility in agriculture called ChemLab.

"Our invention is a mechanical glove that helps to rehabilitate motility of fingers after a stroke. After a stroke, at first, a man can not do anything, cannot hold things. Motors which are in the glove automatically lead all the fingers to move, develop muscles. During the later stages a special application may be applied and thanks to it one can carry out various tasks. In addition, our development differs from its analogues because of individual fingers training availability, and we also have developed a method of remote monitoring: the glove is connected to a computer, all the data are recorded and available to the physician. Of course, we are happy about opportunities that have opened up. In Finland, and in the whole of Europe, healthcare and insurance companies work on which we are focused are well developed," Vadim Katenev says, the Rehabot project marketing director.

"We have developed granules which accumulate moisture and gradually moisten and fertilize plants. These granules are environmentally friendly: after their expiration date they simply decompose. We see the prospect of using of this development primarily in arid regions of the world, but this is not the limit. We believe that the advantage of the project lies in its global mission, so we hope that this victory will help us to reach a new level of work." 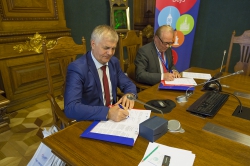 The final stage of the event became the signing of an agreement between ITMO University Technopark and the Helsinki administration Department of economic development. Within the framework of this memorandum the exchange of entrepreneurial experience is assumed, as well as the companies exchange to establish joint developments and products.
Back to top