XX International exhibition of architecture and design ARCH Moscow, that gathered more than 22 thousand people, ended on May 31 in Moscow. The event was held within the framework of the International Year of Light and Light-based Technologies in Russia. 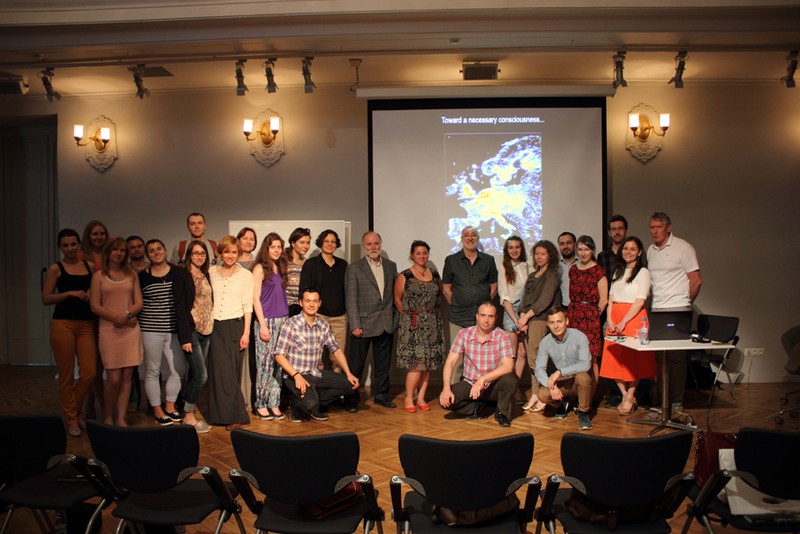 Architectural policy became the general topic of the ARCH Moscow exhibition this year. The event was dedicated to the actual areas of urban development activities in Moscow.
210 companies took part in the work of ARCH Moscow in 2015: 199 from Russia and 11 foreign - from Latvia, Germany, Italy, Kazakhstan, Ukraine, the United States and other countries. Various objects were presented at the exposition: from subway stations to the parks improvement projects. All of the presented projects are designed to change not only the face of the capital, but also of all the cities in the future. According to contemporary architects, a building should not necessarily be typical. Yards became another important topic. According to the authors, every meter of this space should be functional. 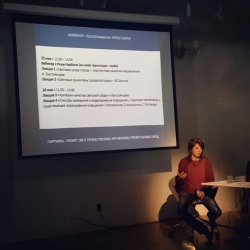 In the International year of light and light-based technologies, the Project Light platform became especially popular; Elina Lobatskaya, Ksenia Loshmanova and Olga Potapova supervise it. A new format of professional communication, which combines exposition, discussion and educational activities relating to lighting design was implemented within the project. The purpose of the initiative is the creation of prerequisites for the gradual integration of the world lighting design experience in the Russian architectural practice. The open discussions The City Light Environment and The Lighting Designer Education Development in Russia became one of the central events; Natalia Bystryantseva, the employee of the Optoelectronics and light technologies department, the head of the ITMO University Lighting design school, Creative Association of Lighting Designers RULD, was the discussions moderator. Representatives of Moscow government departments, leading institutions and practicing experts took part in the discussion. In addition to recognizing the need to develop a culture of light and its impact on the city's image, problems of educational policy in the field of lighting design were discussed. 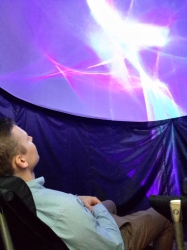 Under the moderation of the Creative Association of Lighting Designers RULD there was a workshop The study of the light environment of the city and its modeling methods. The event became the starting point for the ITMO University Lighting design school education courses presentation in professional community. As part of the workshop there were author lectures of the teachers from the Moscow Architectural Institute and ITMO University.

"The aim of the workshop was the familiarizing of the specialists to the culture of lighting design, mastering methods of pre-studying and a comprehensive approach to solving the problems of urban lighting. During the week, participants listened to lectures on light urbanism, light environment quality criteria, principles of the light navigation, way of life in an evening city, light culture, measurement methods and techniques of light environment modeling. As part of the workshop, everyone was able to talk and to ask professional questions to Roger Narboni, the leading French lighting designer. We have received many letters of appreciation and positive feedback from participants and grateful to everyone for positive feedback," Natalia Bystryantseva says, the workshop organizer. 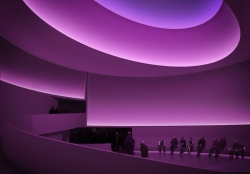 "The exposition of the Lighting design school was a huge success. The stream of those who wished to test the art therapy method was unstoppable. After the session, everybody was interested in how the technology worked, where you learn it. We, in turn, spoke about the areas of professional training in the Lighting design school and how to become its student," Nikolay Matveev says, the docent of the Optoelectronics and light technologies department of ITMO University.

In total, during the exhibition there were more than 60 events: lectures, master classes, round tables. Marat Khusnullin, the Deputy Mayor for Urban Development and Construction under the Mayor of Moscow Sergey Sobyanin, stressed the importance of educational activities for schoolchildren, many of whom certainly will become architects and will change the look of the city.
Back to top