Cinema in virtual reality glasses: prospects for video-360 were discussed in Prague

360° Virtual Reality Panoramic Photography and 360° Video Conference organized by The International Virtual Reality Photography Association (IVRPA) ended on the June 4 in Prague (Czech Republic). In 2015, the conference is held for the 10th time. It brought together in one place more than 250 professionals involved in panoramic photography and videography. The staff of the ITMO University Design and Multimedia Center attended the event. 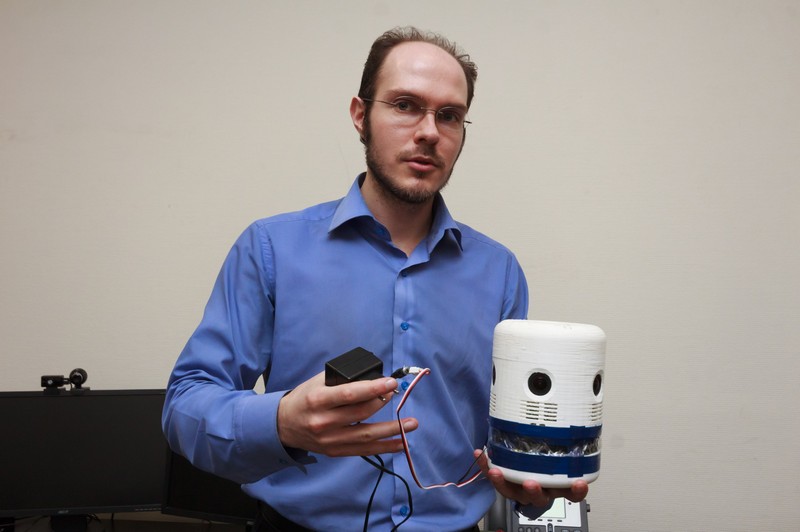 The conference is held annually in different cities around the world and organized by the community of photographers involved in the panoramic video. This technology allows making panorama photo or video with a 360 degrees overview. Panorama photos are already a widespread thing; working with video-360 is a new trend that is just beginning to develop.

"The conference was attended by companies from Japan, China, America, France, Africa. There were also representatives from Russia, and I mean not only us. Within four days, experts were discussing topic questions, reading reports. Fortunately, there was relatively little amount of advertising presentations, but more research ones, including those from major companies (Google, GoPro), which told about the inner work: what problems have occurred at various video-360 shooting, how they solved them, or trying to solve. We demonstrated our technology and a camera that was assembled personally by us and shoots video at 360 degrees," Denis Stolyarov says, the leading engineer of the ITMO University Design and Multimedia Center and the head of the Video360Production.com project. 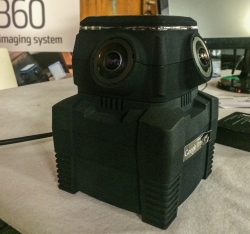 According to Denis, in 2015 the number of participants has increased several times. This is due to the increase in popularity of the head-mounted displays like Oculus Rift, where you can fully experience the benefits of a panoramic video. When wearing such a helmet, the user finds himself inside the event and becomes its full participant: he can see what's going on around him, and hear the sounds. Because of this trend the number of startups that started to work with this technology increased dramatically. They started to develop cameras, their own helmets, software, in particular for online video-360 broadcasts, applications. At the same time some large companies began doing the same: Google, GoPro, HTC, Samsung.

"Last year, the Jaunt company got about $30 million in Silicon Valley to develop the video-360 technology for virtual reality. During the year all were wondering what the company spended money on, because on their website they were showing one work per month. We, in turn, made more than 40 shots during three months. At the conference they finally told us what they were working on. It turned out that developers from Jaunt are trying to use a video-360 in cinematography. And they do it methodically and try different genres: basic movie, an action-movie with special effects, scientific and educational films, horror, commercials. That is, the guys filmed around 10 films made at the Hollywood level, with the duration of 10 minutes each. In these movies they tried many methods that exist in Hollywood for conventional films: it appeared that they are applicable to video-360 in virtual reality. The result of the Jaunt work is an understanding of how to perceive the video-360: is it a technology that will replace the conventional video or is it just his addition or expansion?" Denis comments. 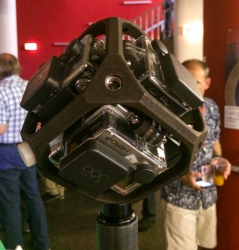 Some of the solutions caused questions. For example, the technology from Google: shooting panoramic video using sixteen GoPro cameras, which are synchronized with each other. Of course, this camera is unlikely to be available to the average user because of its high price and functionality - it is likely that its range of applications will be rather narrow: for example, shooting sports events or large entertainment shows. We can't talk about online broadcasts here, because while editing some video clips should be edited manually.
Development of the ITMO University representatives attracted the interest of Russian and foreign experts as well.

"In Russia, we were among the first who started to work actively in the field of video-360 for virtual reality glasses. Of course, there are other companies or enthusiasts. But our compatriots mainly shoot everyday scenes, and we have already worked with museums, theaters, in particular, with the Mariinsky and Alexandrinsky, shot several concerts of famous groups and large shows, so in Russia, we are on good positions. Abroad there are enough companies that are coming to this level or already came, so at the conference there was the experience exchange mostly. For example, I talked for a long time with colleagues from China, the US, France and other countries.  So, IVRPA is a significant conference for the field of video-360, which brings together all the professional community," the University representative notes.

Startup, or rather, a small innovative company Video360Production.com, that is working on video-360 for virtual reality glasses, appeared about six months ago in ITMO University as a part of the Design and Multimedia Center. Today the company has offices in Brussels and Riga, and there  are about fifty works in their portfolio. Among them - the filming of the Picnic music band concert, performances in the Mariinsky and Alexandrinsky theaters, specialized military equipment, as well as a project that is still in operation - shooting a Large Gottorf (academic) globe-planetarium located in the Kunstkamera. From June 1 the exhibit is closed for renovation, and the idea of developers is to create a virtual tour of the museum for visitors.