Russian Federation President Vladimir Putin addressed the plenary session on the second day of the St. Petersburg International Economic Forum on June 19, 2015. During his speech, the President underlined the importance of IT education in Russia and once again congratulated the ITMO University team with their victory in 2015 ACM-ICPC International Collegiate Programming Contest. 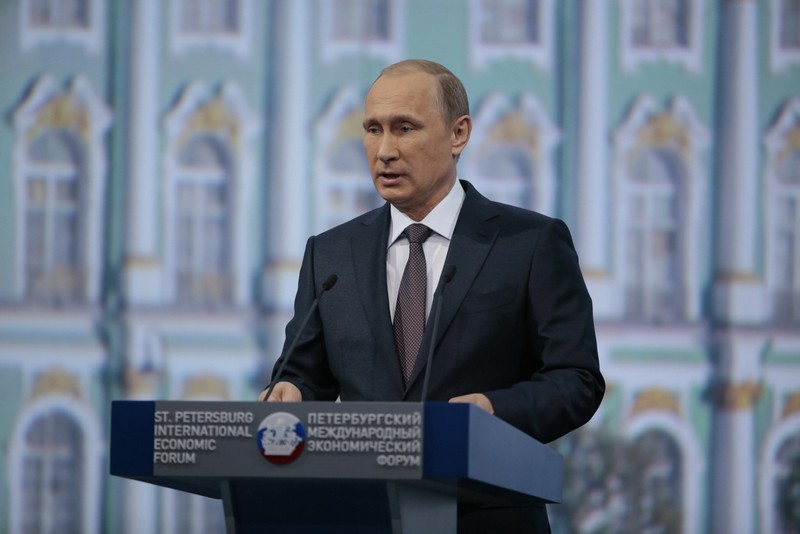 On June 19, the St. Petersburg Economic Forum continued with a plenary session “Time to Act: Joint Efforts Towards Stabilization and Growth.” The session opened with a speech by President Putin.

In his address, the President highlighted the importance of the development of science and technology in Russia.

Mr. Putin noted that the government and universities have done a lot to strengthen Russia’s science and technology and to improve collaboration between science, education and industry. According to the President, Russian companies should be able to take key positions in the industries and markets that will be most important in the coming decades, similar to the IT industry that has drastically changed our lives in the past 20 years.

“The quality of education is crucial to the development and improvement of Russia’s competitiveness,” said the President. “Training of specialists should go beyond the current requirements but also take into account global experience and the prospects of development of technology and new markets. Our young people are winning the most prestigious international competitions. Here’s the most recent example: ITMO University students have proven once more that they’re unequaled. This year the University team again became absolute winners, leaving behind the world’s top programming schools. The team of ITMO University is the world’s only six time winner of the international competition in competitive programming. I’d like to congratulate them once again!”

The President also noted that as part of the National Technological Initiative, new laboratories and training in innovation technologies will emerge in Russia in the next two-three years. Mr. Putin also gave a special directive to the government to build a system for tech initiatives development and to present suggestions on collaboration between government and business in IT.