ITMO University celebrates the highest number of graduates in its history

Over 3,000 students received their diplomas on July 4th, 2015 at the ITMO University commencement, making it the highest number of graduates in the University’s history. 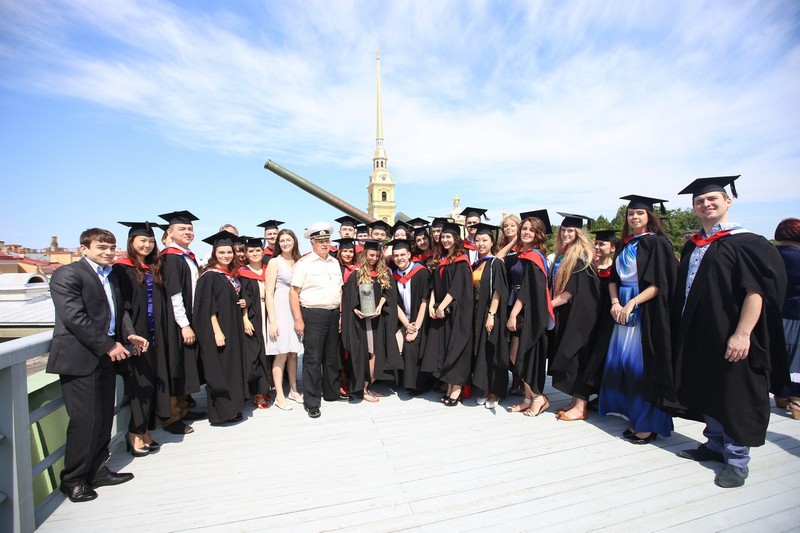 The festivities kicked off at noon at Peter and Paul’s Fortress where the top graduates gathered around the signal cannon on the fortress’s wall for a ceremonial volley. Graduates Julia Mokrezova and Evgenii Moiseev did the honors and received the shell as a souvenir.

The actual commencement took place at the Oktjabrsky Concert Hall. In his opening address, ITMO University Rector Vladimir Vasilyev congratulated the graduates and expressed hope that they will have great memories of their years at their alma mater.

“The vibe here at Oktjabrsky once again proves our philosophy ‘It’s MOre than a University.’ We show that with every event, every action,” he said. “Education at our University has always been more than just classes. It’s a collaborative work between professors and students. This collaboration has been instrumental in your personal and professional growth as well as your competitiveness. The further away you will be from these student years, the more you’ll cherish these memories.”

Rector also noted that this is an anniversary year for the University: exactly 110 years have passed since the first graduation at the Mechanics, Optics and Watchmaking College that was the foundation of ITMO. Besides, this year Russia celebrates the 70th anniversary of the victory in World War II.

“Our generation was lucky to study with the people who came back from the front lines and won,” said Mr. Vasilyev. “Their dignity, courage and determination passed a bit of victory to us, and I hope that we were able to pass it onto our graduates.”

As the end of his address, the head of ITMO University started a flash mob: he took a “selfie” photograph and invited everyone to do the same and post them on social media with #itmo hashtag. Rector’s initiative blew up with virtual space with over 1,020 “graduation” selfies with this tag.

“Let not just the Russian internet but the whole world know that Specialist, Bachelor and Master students of the leading University are graduating,” said Mr. Vasilyev.

Vladimir Parfenov, dean of the IT and Programming Department, said that in 2015 the city got not just job seekers with diplomas. ITMO young professionals are sought after.

“Part of that is the selection process that ITMO University and other leading colleges impose through requiring a high General Exam score and contests. Those scores turn into quality. But what’s important is that when an ITMO graduate finds a job in his major, he knows by far more than other graduates,” Mr. Parfenov said. “Our school allows students to test out a variety of avenues and decide on a career path: to join a large company, open a startup, do research, etc. This helps form the network that in the future leads to better hiring prospects.”