Sequencing for New-Born Children: How to Diagnose Inherited Diseases?

An innovative company “Parseq Lab” develops molecular genetic testing projects together with ITMO University Technopark. Thanks to activity of Russian researchers it will be easier to diagnose inherited diseases like cystic fibrosis, phenyl ketonuria and galactosemia right after the birth of a child. Irina Boreysho, the marketing expert of the “Parseq Lab”, talked about Russian innovative testing systems. 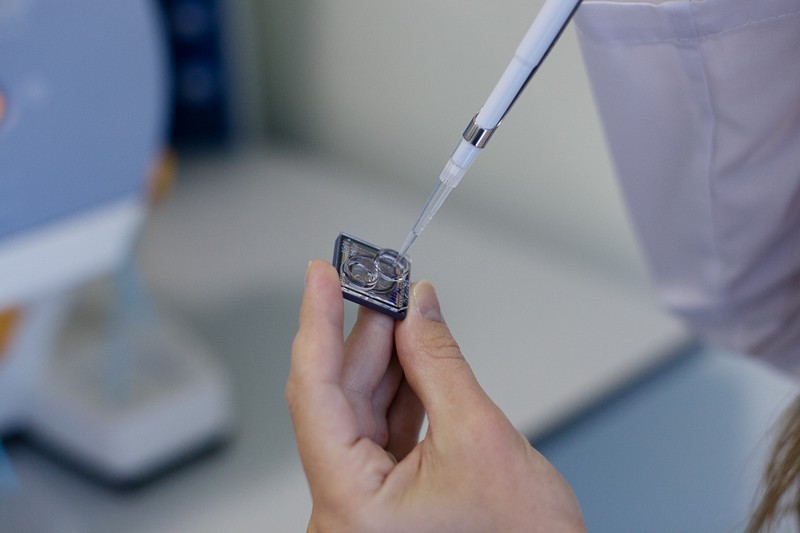 Please, tell us about the “Parseq Lab”.

It was organized in 2011. The first large project was diagnostic measures for analyzing of widespread inherited diseases. Initially we developed reagents for biochemical research. It took a lot of time to analyze the results of these complicated tests. That is why we decided to invent special software in order to simplify this process. It was a multiple product, which could be used in health care centers. We named it “VariFind Neoscreen assay”. We had been developing this high-efficiency analyze system for two years together with “Skolkovo” Innovation Center and several Russian medical research centers.

Why did you decide to invent this project?

We aimed to simplify a process of genetic testing and make it more precise. Nowadays Russian specialists use a complicated process of genetic screening, which consists of several phases. It usually takes several blood samplings. Thanks to our system a doctor makes all tests using blood, which was taken right after birth.

Using a blood test, which is made right after birth of a child, a specialist makes sequencing. Analyzing a whole gene the system determinesgene-mutations.  After developing a test version we led several clinical trials. This process was the most important. Until the system isn`t certified it cannot be used extensively. However we have already led clinical trials in Portugal, in the UK and Switzerland and got a European certification, which gives an opportunity to use our system in the EU. We are also going to obtain a Russian certification in order to implement our system as an alternative way of genetic disease finding.

Does this system have analogues in Russia?

Bioinformatics is very young field of research. That is why it is not widespread in Russia. Moreover, those labs that use sequencing technology are not enough to provide full-fledged research.

Can Russians afford this system?

This year the St. Petersburg genetic medical center, which provided diagnosis of inherited diseases and neonatal screening started using it as an extra system along with approved one. Our system is not yet certified but it is more sensitive than traditional technologies. The “VariFind Neoscreen assay” is free for those who live in St. Petersburg. Dwellers of other Russian cities and towns have to pay for this. It costs about 10-12 thousand rubles in comparison with the same medical analysis in Moscow, which costs more than 40 000 rubles.

Why did you choose ITMO University Technopark as an assistant?

ITMO University provides research in the field of bioinformatics. Thanks to the Technopark we had an opportunity to use innovative equipment with due regard to all requirements.