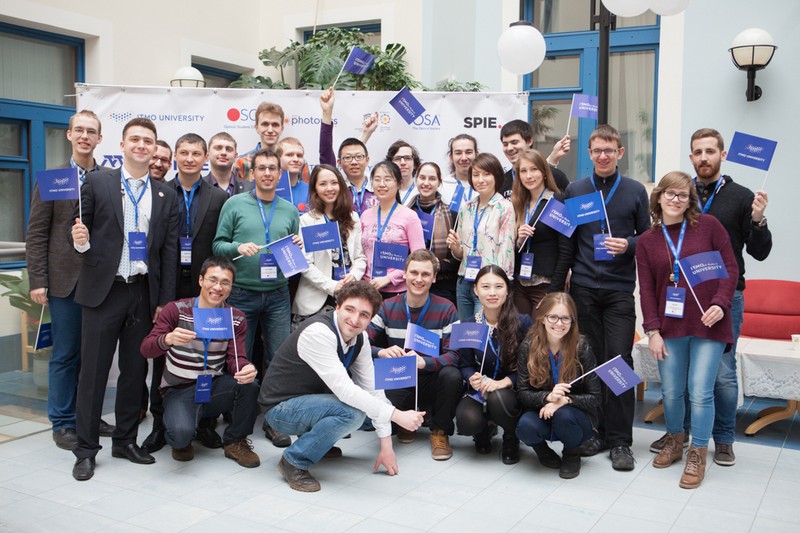 “SPIE” is one of the largest optical communities, which fuses together engineers, students and professors from more than 150 countries all over the world. “SPIE” traditionally organizes two conferences per year. There are “SPIE Photonics West” in February (San Francisco) and “Optics + Photonics” in August (San Diego). These conferences focus on applications of optical technologies.

According to Semen Andronakin, Bachelor student of the Chair of Photonics and Optoinformatics, and Vladimir Borisov, Master`s Student of this chair and researcher of ITMO University terahertz medicine  lab, who took part in “Optics + Photonics 2015,”  “SPIE” is a student-oriented conference, which gives a great opportunity to develop international contacts and exchange scientific knowledge with colleagues.

“Surface plasmons are used in microscopical research. To make them excited one should observe complicated technological conditions. I develop a mathematical model of a material, which has an excited plasmon on its surface,” noted Mr. Andronakin.

“At IX young scientists conference “Optics 2015”, which will be held in October 2015, we will launch International Photonics and Optoinformatics School,” mentioned Mr. Borisov.

ITMO University Optical Student Chapter will also take part in “SPIE Biomedical Workshop” on September, 28, where students will learn how to write a scientific paper and how to apply for an international grant.