A New Way to Starve Lung Cancer? Metabolic Alterations in Lung Cancer May Open New Avenues for Treating the Disease

Scientists have identified a new way to stop the growth of lung cancer cells, by blocking their ability to use alternative sources of nutrition. The discovery was made possible by identifying the metabolic programs used by cancer cells to fuel their growth. The findings point to possible new avenues for treating lung cancer, which is the second most common cancer and accounts for over one-quarter of all cancer-related deaths. The results of the study were published Oct. 15 in the journal Molecular Cell. 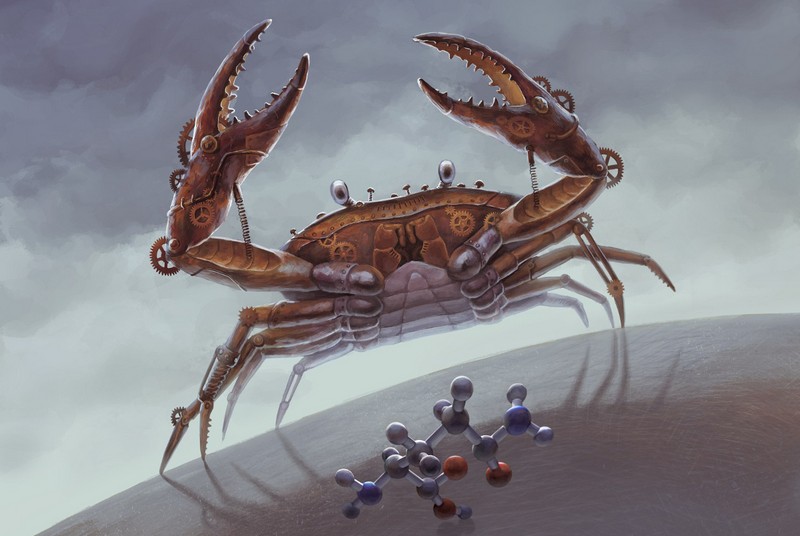 The metabolism of cancer cells is very different from normal cells. Rapid proliferation means that cancer cells have increased energetic needs. This need is met using glucose (sugar) as the main source of nutrition. Cancer cells use glucose at rates tens or even hundreds of times larger than that of normal cells. When glucose becomes scarce, however, cancer cells must switch to using alternative sources of nutrition to maintain their growth and survival.

A team of scientists from McGill University, Washington University in St. Louis, ITMO University in Saint Petersburg, Russia, and the University of Bristol in the UK studied the response of cancer cells to reduced availability of glucose, the main fuel source for most cancer cells. The group chose to experiment with one of the most common types of lung cancer – non-small cell lung cancer, which affects 85-90 percent of all lung cancer victims. They found that some lung cancer cells change their food preferences – switching from glucose to the amino acid glutamine – when sugar is limiting and scarce in their environment.

The researchers found that cancer cells use an enzyme known as PEPCK to reprogram cancer cell metabolism.

“Until recently, PEPCK has only been extensively studied in specialized tissues that make glucose, such as the liver,” says Emma Vincent, Research Associate at McGill University and lead author of the study. “We found that some cancer cells also express PEPCK, and this confers to them the ability to convert glutamine into energy and building blocks to support their growth. By making this metabolic switch, PEPCK allows cancer cells not just to survive, but to continue to proliferate under starvation conditions.”

The scientists demonstrated that blocking PEPCK in cancer cells could slow tumor growth in mice.

The group also found evidence of increased PEPCK levels in tissues from lung-cancer patients. “The fact that PEPCK levels are elevated in some cases of human lung cancer suggests that this enzyme may play a role in the human disease,” adds Russell Jones, Associate Professor of Physiology at McGill University’s Goodman Cancer Research Centre. The study suggests that nutrient availability in the organism, where cancer cells must compete for glucose and other nutrients, can impact cancer progression. “Our work shows that cancers can use alternative fuel sources to help drive their growth under stressful conditions,” notes Prof. Jones. “This remarkable flexibility is part of what makes cancer so deadly, but offers hope in finding new therapies.”

“Understanding the mechanisms used by cancer cells to adapt to their environment creates new possibilities to treat this deadly disease,” explains Alexey Sergushichev, bioinformatician and PhD student at the Department of Computer Technologies at ITMO University. “We hope our work on PEPCK and the metabolic alterations in lung cancer cells will lead to innovations in treatment for non-small cell lung cancer, one of the most deadly types of cancer.”

This work was supported by grants from the McGill Integrated Cancer Research Training Program, the Government of the Russian Federation, the Fonds de recherche Santé Québec, the Wellcome Trust Seeding Drug Discovery Award; the Canadian Institutes of Health Research, the Terry Fox Foundation, and the Cancer Research Society.