A new Representative Office was officially opened at the 3rd meeting of ITMO University International Board on October, 26 in Arezzo, Italy. 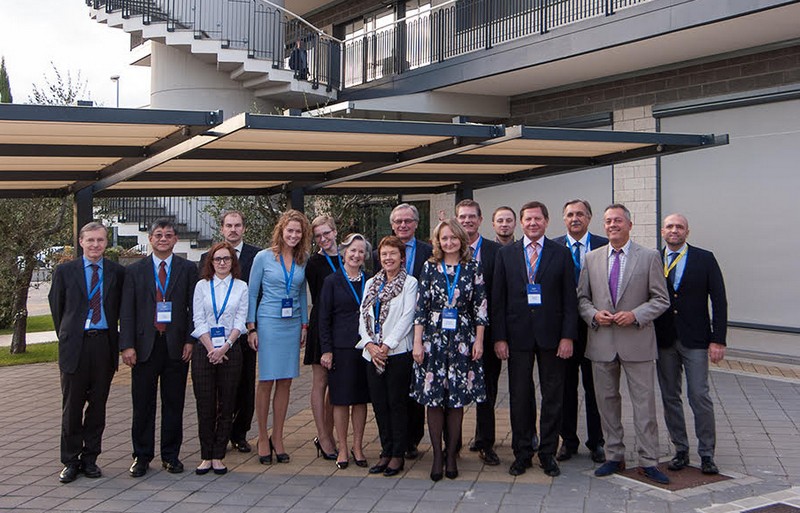 Through this Office ITMO University is going to partner with European high-tech companies by developing joint scientific, research and industrial projects. That is why ITMO University organized the Office in alliance with its long-standing partner “Diakont.”

“Thanks to the Rep Office in Italy we get an opportunity to provide internationalization-based activities,” said Marianna Chistyakova, head of Strategic Development Department. “Taking part in “5-100” program we understand the importance of making our projects and specialists competitive. We develop tech transferring and promote our technologies in the international marketplace.”

3rd ITMO University International Council`s board meeting brought together experts from different countries. They discussed results of university rankings in 2015.

“How to evaluate non-typical activities of a university? Are there rankings focusing on innovation-oriented universities? How to rank new educational programs and edutainment activities? We discussed these problems with international council`s members who gave us actionable advice,” said Daria Kozlova, Vice Rector for International Relations.

According to Lesley Wilson, Secretary General of European University Association (EUA), it is better for non-classical universities to participate in Multirank rankings. George Winckler, ex-president of EUA, recommended ITMO University to focus on QS World Rankings and Times Higher Education.

As Debra Stewart, president of Council of Graduate School, USA, said the most important thing for ranking participants is to pay attention to priority areas.

“ITMO University is not the only university interested in how to make its activities valuable to rankings. That is why you need to identify a pool of like-minded, innovative universities and work on carving out a niche in the international educational marketplace together. One of the examples could be organizing a joint event for bringing such universities together and discussing current issues. This initiative could be supported by Stanford University, Delft University of Technology, Arizona State University, and Nanyang Technological University,” said Ms. Stewart.

“Partnering with like-minded universities we follow the right track. There is no doubt that our rep offices will support us because now we are closer to leading higher education institutions,” said Ms. Kozlova.

The next meeting of ITMO University International Board will take place in June, 2016.