"Magic of Light" Comes to the End: 75, 000 visitors, 200 exhibits and Infinitude of Impressions

November 10 is the last day of "Magic of Light." The interactive exhibition of light installations, holograms and Optoclones® organized by ITMO University in alliance with Hellenic Institute of Holography were attracting Russian and international guests during four months. 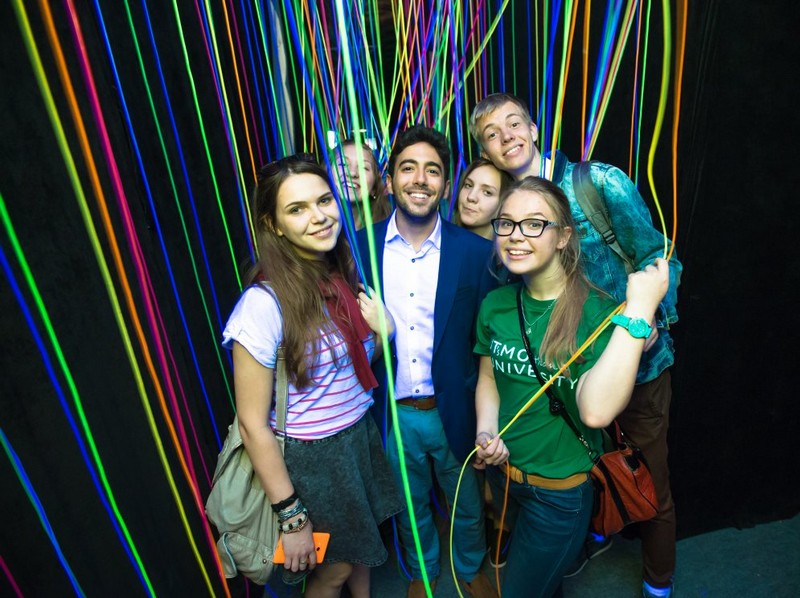 Some two visitors` books were not enough to contain all great reviews by "Magic of Light`s" guests. Among the exhibits there were realistic Optoclones® of the Imperial Faberge Eggs, luminescent magic forest, holographic “chronicle” comparing images made in 70-80`ss with modern ones as well as other interactive optical achievements.

Guests visited some exhibits several times and returned to "Magic of Light" with their friends. Thus people spent almost all day instead of hour and a half.  According to Elena Boritskaya, manager of Project Activities and Fundraising Office, the exhibition attracted both adults and children.

“We have received a lot of partnership proposals by lots of Russian cities. We were also proud of professional association`s appreciation. Those who remember Vavilov State Optical Institute and Yuri Denisyuk, inventor of holography, were really enjoyed that his heritage is not forgotten and that young people can learn about his development.”

To make an excursion more informative one could join a guide or take a special device with a voice of Sergei Stafeev, dean of the Department of Natural Sciences and the supervisor of “Magic of Light.”

The program of the exhibition also included laser theatre Lux Aeterna and edutainment activities such as workshops on optics for children, screenings of popular science movies, scientific shows by "Magic of Light`s" partners, as well as a lecture about scientific progress dated for Marty McFly`s coming back and so forth.

“Magic of Light`s” organizers were developing this exhibition during two years. Having made a pilot version with the assistance of Hellenic Institute of Holography specialists presented the exhibition in Crete. Currently it is planned to use this experience in order to develop a project called “The World of Science for children and youth.” It will cover 14, 000 square meters of “Lahta Center” with optical exhibits, robotic and biotechnological labs, science theatre, library and other interactive objects.

“We are sure that making science popular is necessary activity. We managed to design an interactive exposition focusing on scientific knowledge. Furthermore it doesn`t make bored not only adults, but also children. It was quite difficult to do that! We are going to duplicate this success in the new project,” said Mr. Stafeev. “We didn`t expect public to be so excited. We are really proud that St. Petersburg dwellers ask to make the exhibition permanent. It is also invited by other Russian cities. We have received 15 applications for organizing “Magic of Light” in our country and abroad. Thus Moscow, Kazan, Sochi, Nizhni Novgorod, Voronezh and Saratov welcome us. Nowadays we negotiate with partners from the Netherlands, Switzerland, China and Finland.”

Sergei Stafeev also noted that Muscovites would be the first to see "Magic of Light" after St. Petersburg residents.