Virtual reality classrooms are now becoming a part of our future, taking education to the next level. Imagine studying in a classroom that isn’t limited to illustrations and textbook descriptions of chemical reactions, the structure of the human body, Amazon rain forests but rather you can see it all firsthand just by wearing virtual reality glasses in specially equipped classes. This is what Video360Production at ITMO University is working towards, trying to create such a VR-Class. Denis Stolyarov from the Design and Multimedia Center of the Department of Technological Management and Innovations shares more. 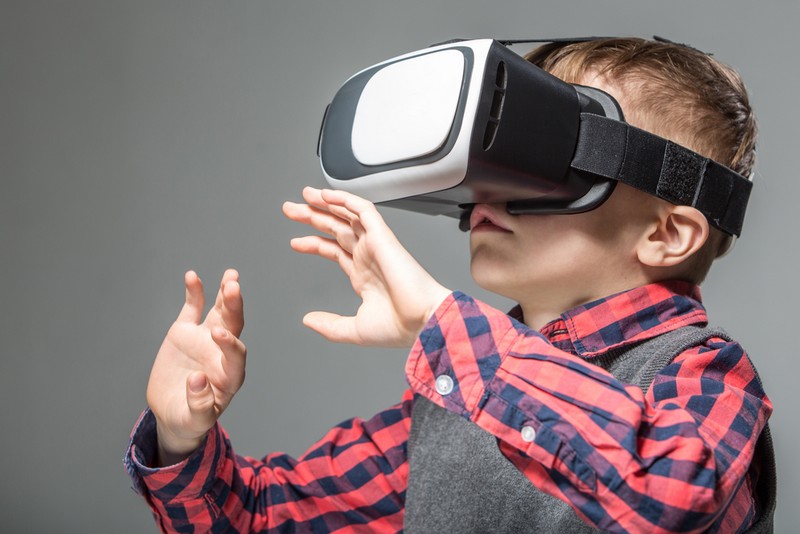 With virtual technologies on the rise and an increasing popularity, it is becoming clear that the potential for VR goes far beyond gaming. Ever since the appearance of Oculus Rift in 2014, the Video360Production project started using these technologies and it has already been widely tested in the field of culture, art, tourism and has identified several promising areas, including education.

The Video360Production project started exploring the idea of creating virtual classrooms early in 2016. A “virtual” classrooms requires VR-headsets (in this case - the GearVR), software that connects the gadgets to a single network, educational content and special furniture.

"We are going to equip the classrooms with “turnkey” systems, providing not only equipment and content, but also furniture suitable for immersion in virtual reality. A usual chair is not suitable. VR furniture needs to rotate around its axis, although “bar” chairs without a back and office chairs on wheels also aren’t suitable. There are some designs with private booths with speakers but these don’t really work in an educational institution.  So to design and create the right furniture for what we need, we invited colleagues from the Department of Furniture Design at the Stieglitz Academy. Now we already have a prototype. It will require some more work, but after this special furniture, we can produce it in batches.” says Denis Stolyarov. Representatives from Video360Production are prepared to provide their customers with all these features. The question of content is also critical, and the team already has some existing material available in 360 video format. However, this format does not allow for direct interaction with what you’re seeing, except for being able to move around the virtual site. However, it can still be useful in illustrating the material being studied and helping to remember it. The Video360Production team has some projects with the Solovetskii monastry, the Hermitage, Mariinsky and Alexandrinsky theatres, using the success from virtual excursions on the rivers and canals in St. Petersburg. Undoubtedly, increasing content is one of the main tasks of the project.

"The 360 video format is the easiest way to create fresh content at this time. So this is why we are constantly finding new partners and customers. For example, recently our operator went on an expedition to the Arctic, where he filmed completely unique material. We are preparing this video in cooperation with Northern (Arctic) Federal University in Arkhangelsk. From this University, we also received pre-orders for the virtual classroom equipment. If we succeed, this will be the first VR class in Russia." – says the expert.

Such videos are invaluable in any discipline. In chemistry for example, doing practical work requires specific equipment and is not always available in all schools or is it always safe, but with VR, an indefinite number of experiments can be carried out providing a better understanding of the material. Project Labster, a chemical laboratory in virtual reality is able to achieve these aims. Students in VR-headsets can conduct chemical experiments, similar to those that you can do in real labs. According to the statistics, if students combine work in Labset with lectures the effectiveness of the education doubles. Mr. Stolyarov also says that "interactive virtual reality will be useful in Humanities subjects. With our participation, a project was created for the study of foreign languages with the help of VR-technologies – it was in the semi-finals of Microsoft Imagine Cup.” Based on experience that it is easier to learn a new language when you’re immersed in it, a virtual reality scenario was designed where a person could communicate with other people in the foreign language he is studying. He listens to what people around him are saying, answers their questions, and the system analyzes and evaluates the behavior of the student. “Such visual and interactive scenarios are much more effective than learning the language by books and films," explains Mr. Stolyarov.

In order to achieve some of the goals set out by the team of developers, more funding will be required. The team made it to DemoDay, and has also applied to participate in the “Start” Program.

Currently the number of materials available that can be adapted to virtual reality is low but it’s on the rise. There is a program called Google Expeditions where enthusiasts from around the world can upload quality panorama content, including those that can be used for VR. Also 3D-models from various systems, organs and structures can be adapted for school lessons. The cost of constructing a VR class as described above with space for 8 students is estimated by developers to be about 1.5-2 million rubles. If you can do a full class in one school, then it's easy to scale this experience to dozens of other educational institutions. A lesson in a virtual reality class might look the same as a normal class, with a teacher. Part of the lesson would involve listening to a lecture, then they would wear their headsets and watch some kind of material and then “go back” to class. Mr. Stolyarov explains that this is because “spending a long time in virtual reality can be challenging, and because world experience shows that the combination of traditional teaching with virtual reality gives the best results.”

“Initiatives in education, tied to virtual reality are improving more and more, however in Russia, and as far as we know, even in the world, there is still no fully equipped virtual classroom. The growth of such projects is evident, we live at a time of rapid technological development, under the influence of a changing global economy and commerce. So naturally the approach to education must also change.” says Denis Stolyarov.