Bioinformatics Summer School: Where Tech and Biology Come Together

As we learn more about the human body and dive into the molecular world we find ourselves in a sea of information potentially capable of enabling us to discover more about the makeup of the human body and to cure some of the human body’s ills. Exploring these ideas and more, the fourth International Summer School on Bioinformatics was held in St. Petersburg focused on “Medical Bioinformatics”. The interdisciplinary field, brought together students and young scientists in the field of statistics, computer science, mathematics, biology, engineering, medicine and other specialities. 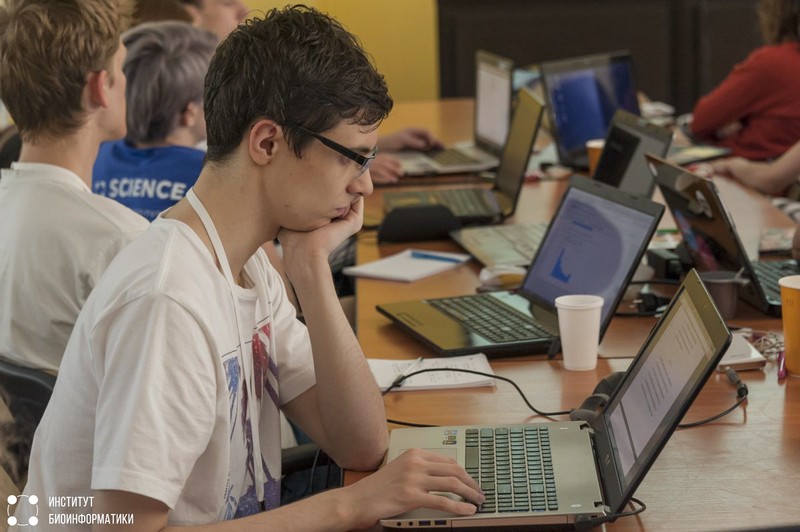 Over 100 participants from universities across Russia and neighboring countries attended the school where for five days they worked on research projects, presented at a special conference and enjoyed presentations by Russian and overseas scientific professionals. The school was organized by the Bioinformatics Institute and St. Petersburg Academic University of the Russian Academy of Sciences. Today sequencing technologies are developing and becoming increasingly available for use in medicine, in particular for the early diagnosis of hereditary diseases and drug development. However, there are not enough professionals who can work with and interpret data sequences. Thus, the Summer School gave students an opportunity to learn about the latest news in the field of bioinformatics, to get acquainted with research methods in this area, to obtain basic skills for solving practical problems in medicine and biology.

This event is the largest of its kind in Russia and was attended by young scientists not only from Russia but also from neighboring countries. More than 20 people received scholarships from sponsors to study at the Summer School, including students from ITMO University. The summer school program was designed mainly for those who have recently become involved with bioinformatics. For those who knew nothing in this area, before coming to the summer school were able to obtain basic knowledge of biology and genetics through a special online course. The program was divided into two parts in accordance with the competences of participants: one stream of students studied mathematics and computer science, the other biology and medicine. A group of doctors and biologists studied programming, statistics, and data sequencing analysis methods, and a group of mathematicians and specialists in information science studied molecular biology and genetics and the methodology of applying machine learning to bioinformatics. The classes were conducted in parallel for the two groups throughout the school.

Young scientists who wanted to immerse themselves in scientific work, were able to participate in real projects designed for researchers with various levels of experience. For example, some participants developed algorithms to estimate the ratio of cancer cells to healthy scans of human breast tissue. The researchers had to choose the best method to automatically determine the number of cancer cells. Other young scientists explored techniques of genome sequencing, including those that involve "decoding" only those DNA regions that encode proteins. It is in this part of the genome, that mutations can have very serious consequences for human health. Participants also learned about the techniques of machine learning to determine autoimmune antibodies that cause the same diseases. These diseases, are now known to be associated with the onset of Alzheimer's disease. Analysis of antibodies in blood serum is a promising diagnosis of the disease. The developers of this project became winners of a contest held at the Summer school. Participants also engaged in research work related to other scientific topics. Those who ran the projects were all leading world scientists. Scientists from different fields of bioinformatics, medicine and biology were invited to give lectures at the school. For example, Elena Grigorenko (Baylor College of Medicine, Yale University, University of Houston) spoke about the use of different types of whole genome sequencing to study the typical (neurotypical) and atypical (neuronetics) paths of development. Andrey Afanasiev, CEO iBinom, laboratory of functional genome analysis MIPT) presented at the summer school with several lectures on the current status of the bioinformatics market and its development, bioinformatics in medicine. Dmitry Fishman (University of Tartu, Estonia) gave a lecture about how the brain works and how it processes various signals from the outside world and how decision-making takes place on the basis of the obtained information, about the evolution of machine learning methods in the study of the brain and about the application of Deep Learning in bioinformatics. Also at the school there was Alla Lapidus (scientific advisor, Institute of Bioinformatics), Konstantin Okonechnikov (German Cancer Research Center), Alexander Predius (Bioinformatics Institute) and other scientists.

There was also a one-day scientific conference held for members of the school. Students, graduates and company representatives gave presentations on the molecular atlas of a human being, about the possibilities of computer modeling based on a neural network, analyzed the influence of genetic factors and smoking on the risk of myocardial infarction with age, and more.
In 2016, the school was supported by JetBrains, BIOCAD, EPAM and Parseq Lab – a resident of ITMO University’s Technopark. For the fourth consecutive year the event is supported by “Russian Venture Company", which develops projects in the field of genomics and systems biology. ITMO University together with the Institute of Bioinformatics organizes workshops on systems biology.