Horizon 2020: How to Obtain Grants for Russian-European Studies

The EU Framework Programme for Research and Innovation Horizon 2020 offers scientists around the world opportunities to develop fundamental knowledge and innovation. Most notable, it provides access to international expert knowledge and research infrastructure. But the rules for participating in the Horizon 2020 programme restrict direct funding for scientists from a few countries, including Russia. As a result, Russian researchers started to lose interest in participating. In order to resolve the situation, a delegation of the European Union to Russia, with the support of the Ministry of Science and Education of the Russian Federation, conducted an information session on participating in Horizon 2020, which was held at ITMO University. Participants had a chance to learn about the top-priority fields of scientific cooperation between the EU and Russia, the financing mechanisms for Russian organizations, and rules for writing and submitting tender applications, as well as to personally ask questions to the experts of Horizon 2020 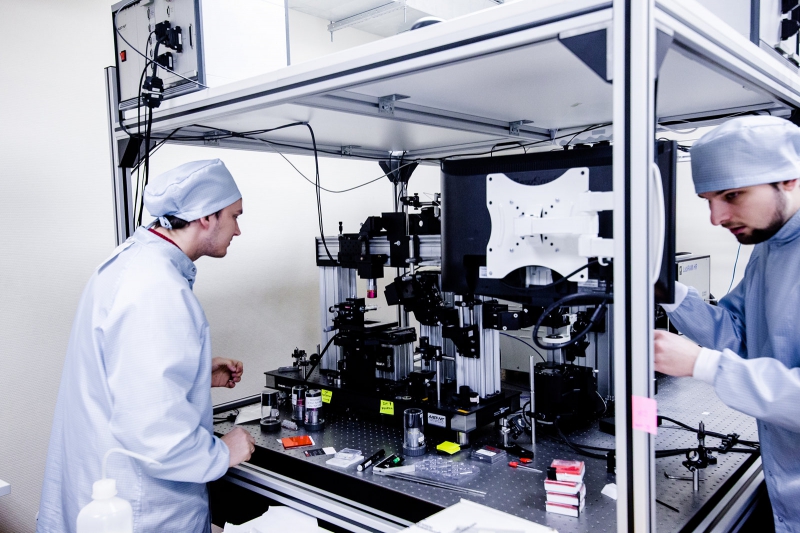 "Political relations between Russia and the EU are going through hard times at the moment, but I always focus on the fact that tensions on the political level have no effect on cooperation in the field of science. Last year, at the St. Petersburg International Economic Forum, the President of the European Commission, Jean-Claude Juncker, stressed that Europe intends to deepen and intensify contacts between Russians and Europeans in several areas, including in science and education. Their position is clear: scientific contacts between Russia and Europe are not just allowed but strongly encouraged. That is why I strongly encourage those who would like to participate in the Horizon 2020 to do so despite possible doubts or concerns that it is hindered by the political situation," said Maria Putseleva. At the end of the Seventh framework programme (predecessor of Horizon 2020), which operated from 2007 to 2013, Russia was leading in terms of scientific and technological cooperation. At the time, more than 500 organizations from Russia were involved in the implementation of some 350 projects. About half of the Russian participants represented various regions of the country, while about 20% were representatives of industry and the private sector.

Actual statistics of Russia's participation in the research programme Horizon 2020 over the past four years show a decline in activity of domestic institutions and scientists in projects under this program. So far, 58 agreements on the allocation of grants have been signed in the amount of 2.5 million euros, while the success rate of Russian applicants for programmes in the framework of Horizon 2020 is two times higher (27.9 percent) than the average percentage among all applicants.

Such a change in performance can be due to the fact that Horizon 2020 differs from previous programmes for the development of research in Europe, so scientists and various departments are taking some time to adapt to the new system, suggested Svetlana Klyosov, a representative of the Foundation for the promotion of international cooperation between the EU and Russian Federation. In the new program, participants from Russia and a number of other countries are not entitled to guaranteed financial support from the budget of the program. Russian organizations participating in the program may join European consortiums, but funding for their projects should be sought from other sources if funding is not provided in the text of the tender. Funding from the European Commission may also be granted in case of existence of bilateral agreements on scientific-technical cooperation or under any other document signed by the EU and the third country. There have also been  cases of financing of Russian organizations by the European consortium directly from the program's funds: the criterion for the provision of funds in this case was an impossibility of implementing the projects without a Russian partner. However, the main funding mechanism for the participation of Russian organizations in the framework programme is the Federal targeted programme "Research and Development", activity 2.2 "Support for research in cooperation with the member-states of the European Union."

Thus, in order to apply for a project under Horizon 2020, one needs to first find the relevant competition on the program’s participant portal, and then find project partners or apply as an individual researcher or research group. In the first case, the applicant must find three partner organizations located in the EU to qualify for funding. In the second case they can only rely on grants from the European Research Council or on participation in the Marie Skłodowska-Curie program, which supports young scientists or graduate students by enabling them to take an internship or study abroad. Next, applicants need to register on the Portal, submit a project proposal to the European Commission and await the expert’s decision. Detailed instructions on how to participate in Horizon 2020 can be found in a special booklet (in Russian).

In addition, the applicant from the Russian side should submit the documents to the experts of the Federal targeted programme "Research and Development" where its application will be evaluated by representatives of the Ministry of education and science of the Russian Federation. Instructions and the list of documents can be found here (in Russian). Competitions as part of the Horizon 2020 program are offered in three major categories. The first is "Excellent Science". This category includes projects of high scientific importance, which improve the scientists' level of training and contribute to the development of research infrastructure. The second is "Industrial Leadership". Here, priority is given to projects for the development of promising technologies, including advanced manufacturing technology and advanced materials, biotechnology and nanotechnology. The third is "Societal Challenges", which supports projects promoting food security, quality healthcare, protection and preservation of the environment, energy and others.

Applicants should also consider not only their specific scientific field but related ones. For example, developments in the field of information and communication technologies may be relevant to large-scale environmental studies, medicine and others. Information session on Horizon 2020 at the ITMO University

It is also worth participating in competitive selections for the Board of Experts on the evaluation of bids for grants, Horizon 2020, because it's a great opportunity to understand how to make an application  that would be approved by the European Commission, said Svetlana Klyosova, expert practitioner with an experience of over 30 years in the creation, implementation and management of research projects funded by the EU framework programs.

She also added that, according to statistics, scientific articles written as an international collaboration have more citations. The expert stressed that, as for the protection of intellectual property in regards to the results of research conducted as part of the grant program, no issues should arise; all of the conditions are outlined in the initial financing agreement, i.e. agreed on by the participants in advance.

"Participation in the Horizon 2020 programme is not only an opportunity to get funding. The most important thing is access to the leaders of a particular scientific field, resources for business development. I often ask European scholars: aside from the need for funding, what makes them participate in the Horizon 2020 program?. And everyone says it's an opportunity to involve students and young scientists in projects , as well as a chance to establish closer cooperation with companies. And of course, it is a way to identify leading research groups in Europe, as you get access to data about all participants of grant programs. Which means making a joint effort to promote the development of cutting-edge science in the world, to translate research results to reality and thereby improve our daily life," concluded Svetlana Klyosov.