How an Iranian Student Chose St. Petersburg Over New Zealand

Post-graduate student at ITMO University, Mahdi Farashiani came to Russia three years ago. In that time, he has written several successful journal articles at the Chair of Computation Technologies, and started to work as a guide for foreign tourists, falling in love with the city in the process. Mahdi talks about why he wants to live and study in Russia and why he picked St. Petersburg over New Zealand. 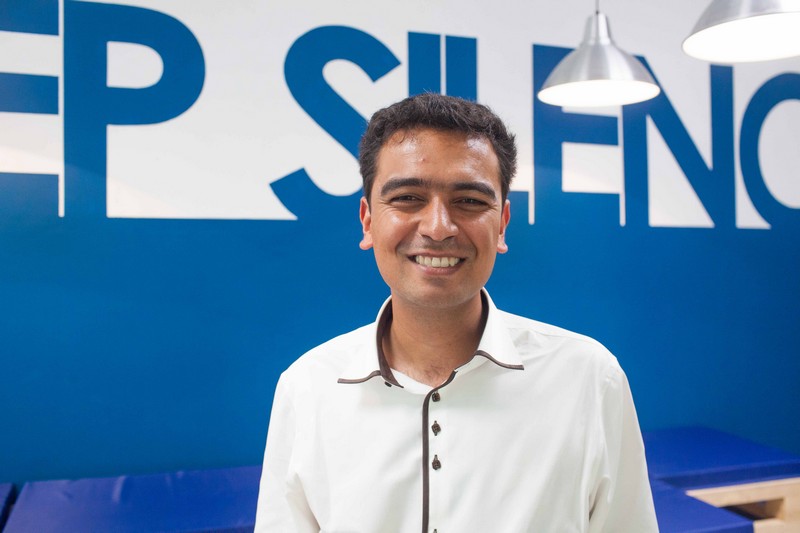 While the young Iranian has clearly mastered his profession in the field of programming and computer science, he hasn't been interested in computer science and computers since his childhood. He actually only got his first computer soon after military service. He quickly learned about programming and began to study various computer networks. His thesis was devoted to the study of topology and the efficiency of computer networks based on the example of a specific company.

"If you upgrade a network, by changing the topology by only 15%, add one router and change the circuit a bit, you can increase its productivity by 40%" - he explains.

For his postgraduate studies, Mahdi is studying simulation models. These are programs that allow a company to create and analyse a digital prototype of a physical model, reviewing its pros and cons. Thus the company can reduce risks and perfect the design using simulation models. Although he's studying a challenging field, he has no inclination to work at Google or other IT giants. At the moment he's planning to get a job in a St. Petersburg company which is famous around the world in the field of IT simulation models for various industries. The postgraduate also notes that he could also potentially use his knowledge and skills in the field of nuclear energy in view of the close cooperation between Iran and Russia.

"If I could work both here and there, it would be much better, but Iran is unfortunately rather far from here," - adds the student. "Initially, I had a completely different plan. I wanted to complete my Masters here, and then go to New Zealand ", - says Mahdi.

Some of his friends encouraged him to go to the other side of the world. They kept saying that he will find the best quality of life on the green island of New Zealand, however, Mr. Farashiani fell in love with St. Petersburg and decided he wasn’t going to leave it. However, despite the fact that he enjoys living in this Russian city, there are of course things that he also doesn’t enjoy. For example, he was shocked to discover that people here have never heard of his country and can’t even find it on the map. Regardless, it seems to him that many Russians have a lot of stereotypes about Iran. For example, some people think that they speak Arabic there, completely unaware of the existence of Farsi (or Persian). Mr. Farashiani says he wants to eventually study linguistics and the relationship between old Slavic and Persian languages. According to him, the languages have many common roots.

“St. Petersburg inspires me,” he says, “thanks to this city I have started to read more. I try to read Russian classics like Tolstoy and Dostoyevsky at the suggestion of my roommate. Of course, it’s difficult to read them in Russian, and I usually read the Farsi translation. There are some books I’ve tried reading in Russian, even if it takes me a few hours to get through one page of “Crime and Punishment”. Chekhov’s stories are a bit easier, they’re shorter and easier for foreigners to read.” ITMO University is the Best for International Students

“I dreamed of seeing St. Petersburg for a long time, I just wanted to come as a tourist. When the opportunity appeared to come here not just to travel but to study, I started looking for a good university. After studying the status and progress of each of them, I noticed that ITMO University was much better in the field of programming than any other university in the city. I took the exam over the internet and immediately enrolled in the Master’s program” – explains Mahdi.

Over the three years he has lived, studied and worked here, the University has changed dramatically for the better, so he often recommends this University to his friends. ITMO U welcomes new foreign students and offers them many opportunities for development.

“It’s especially nice that special excursions are organized for international students. For example, I had a chance to go to Vyborg and Veliky Novgorod. There was also an excursion to see the “Masons in St. Petersburg” which was particularly fascinating due to its originality. I really love the various events that our University organises. I particularly enjoyed the Festival of national cuisines where I could prepare my own national dish” - shares Mr. Farashiani