How can one leave for a semester-long exchange program in Switzerland and return in two years’ time as a PG student of the Swiss Federal Institute of Technology in Lausanne (EPFL)? Alexander Mylnikov, a graduate of the Information Systems Chair, knows. He shared his experience during an interview for our news portal. 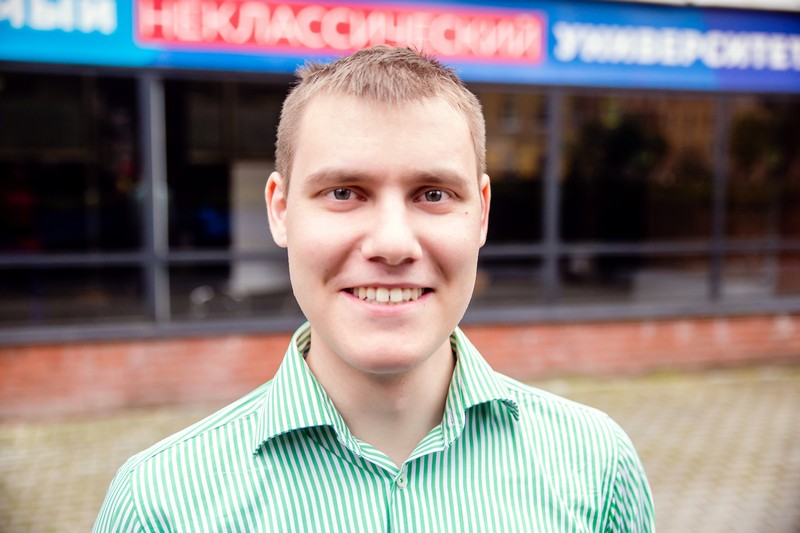 Why did you choose EPFL for your exchange semester?

Actually, this was quite a difficult decision. Switzerland is really expensive to live in but the exchange program with EPFL is one of the best available at ITMO University. I’m really grateful to the university for giving me such an opportunity, even more so because exchange students don’t have to pay tuition fees. Otherwise, you’d have to pay a tax – about 633 Swiss francs per semester (approximately 40,000 rubles). I also tried to apply for an exchange program at Aalto University, University of Jyväskylä, and University of Paris, but I missed the deadline. I actually missed the deadline for applying for the EPFL program as well, but they made an exception. All in all, I think this was the best option for me. Did you have any special advantages when you applied for the Master’s program at EPFL?

I had been studying in Lausanne for only half a year, so no. I might have gotten some if I were there for a year, maybe. All in all, the terms of admission are absolutely equal for everyone: whether you’re Swiss, Russian, American, or even some alien from outer space. There are two enrolment periods at EPFL – in January and in March. I really wanted to study at a foreign university, but first, I wanted to try living abroad – I didn’t even know whether I could do it or not. That is why I first studied through the semester exchange program, and then applied for the Master’s program at EPFL. The admission process is completely closed in nature, so you just submit your documents and wait for an answer – an e-mail with the decision comes in about a month or so. Surely, the enrollment board has their own criteria, but you never know what their decision will be. This made me really anxious throughout that month of waiting for an answer – I really wanted to enter the program and would’ve been really upset if I didn’t.

What was your motivation for applying to EPFL?

First of all, many people say that you should try out several universities during your education, preferably foreign universities. This broadens your outlook and gives you a chance to acquire different skill sets. Secondly, I was motivated by the atmosphere at the University of Lausanne. The people there are welcoming and open, and the environment is really nice. Everyone’s friendly towards foreign students. Truth be told, I was quite anxious about how the other students were going to treat me – but at Lausanne people don’t really care where you are from. Besides, they were rather interested to speak to a Russian, because there are few people from our country at Lausanne. Everyone there is treated equally, and follows the same rules. Besides, I really liked that most courses are led by professors who are heads of their own laboratories and have been working in their fields of expertise for most of their life. Is there a chance for a student at Lausanne to work on real research projects or start their own startups?

I will return to Lausanne about a month-and-a-half before the start of the semester to find a job. There are many offices of IT startups around the campus, and they gladly employ students. Thus, I can develop software and do other things related to my field. This was an advice from my Swiss classmates when I was still doing my exchange program. First-year Master students don’t get any grants or scholarships, so it’s quite difficult to be self-funded. I won’t be able to get a part-time job till August, when I get my residence permit.

What is the process of choosing your thesis topic and scientific advisor at EPFL?

I won’t say that the choice of one’s thesis topic and scientific advisor is of pressing concern. What’s most important during the first year of the Master’s program is to stay at the university – lots of students get expelled after a few examination periods. I’m sure I’ll decide on the topic for my thesis by the end of the second semester. The thing is, in Switzerland the students get to choose which courses to take and which not, and that’s just great. Surely, there are mandatory subjects, but only a few. This allows each student to cover a great deal of knowledge and skills to get a better understanding of what to do later – during his postgraduate study or later in his career. Here in Russia it’s all decided beforehand: when and which subjects student must study. There’s no flexibility to it – and that’s what I would’ve wanted to change about our system of higher education.