Researchers from ITMO University’s Laboratory of Genomic Diversity and the Dobzhansky Center for Genome Bioinformatics at St. Petersburg State University, in collaboration with the Botswana-Harvard AIDS Institute and Harvard and Yale universities, have conducted the largest genomic study among African people infected with or at risk of contracting HIV. The result was a discovery of three gene variants that affect the likelihood of HIV infection and its pathogenesis. 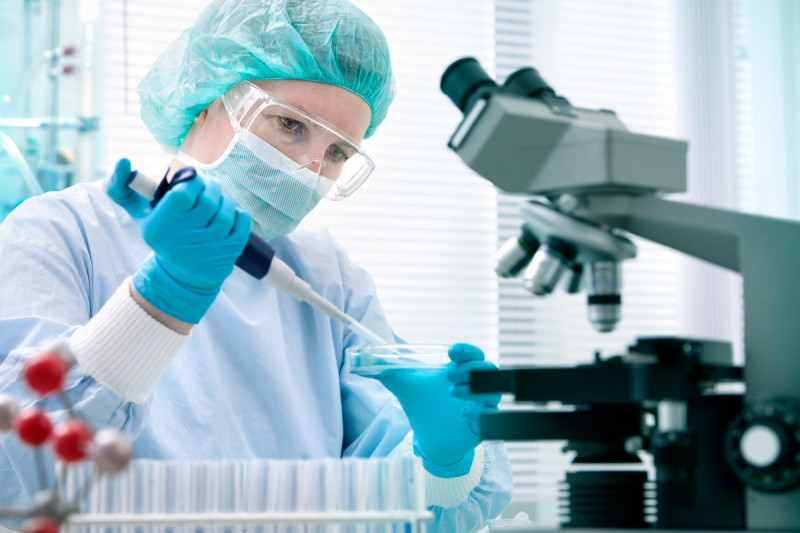 The researchers chose Botswana as a site for their study – and the choice was not random. This Southern African country is a part of the continent’s region that is most affected by HIV, and more specifically the HIV-1C strain. Overall, inhabitants of the African continent make up approximately 65-70% of the world’s 38 million HIV patients. Despite this fact, no large-scale genomic studies of African subjects and the region-specific strain have been conducted to date. Scientists have been predominantly occupied with the HIV-1B strain, which is commonly found in American and European patients.

Among the population of Botswana (approx. 3 million people), 25% are carriers of HIV. In 1996, the Botswana-Harvard AIDS Institute was founded in the nation’s capital, Gaborone, by Harvard professor and one of the new article’s authors – Max Essex.

The institute’s goal was not only to provide patients with access to modern HIV treatments, but also to allow researchers to conduct epidemiological and genetic studies. A group that engaged in the latter was headed by Prof. Stephen J. O’Brien (who at the time headed the Laboratory of Genomic Diversity at the National Cancer Institute (NCI), NIH), also a co-author of the article.

The genomic study was conducted based on data from over a thousand women. This was because the Botswana-Harvard AIDS Institute is currently focused on a specific issue: the transmission of the virus from pregnant women to their children. As a result, 1,173 female patients were tested – making it the largest genomic study of the inhabitants of the African continent.

“In 1996 it was discovered that one of the strains of HIV began to take over the African population. HIV-1C had a selective advantage because it spread among heterosexual people. Attempts to identify genes that influenced HIV infection and progression began in the 1990s. We identified over 45 genes of that kind. But the problem was that almost all of these studies were for European patients and white people. And nothing much was discovered among African and African-American subjects. Today`s study changes that. It is the largest study of Sub-Saharan African patients,” explains Stephen J. O’Brien.

In the course of their research, the scientists identified three gene variants that increase their carrier’s likelihood of contracting AIDS. Each of these gene variants was also found in earlier studies of American and European patients, further confirming the authors’ findings.

The gene AP3B1 plays a major role in the replication of HIV and its release from cells. The gene PRPRA encodes membrane receptors and is a member of the tyrosine phosphatase family, which also includes genes responsible for cancer growth. Finally, the gene NEO1 encodes cell surface proteins that play a key role in the chronic inflammation induced by HIV. This gene is also responsible for encoding antibodies that are a part of the human body’s response to diseases.

As professor O’Brien notes, the gene AP3B1 is of the most interest among the three. It is also responsible for the Hermansky-Pudlak syndrome, a rare genetic disorder that affects pigmentation and is commonly fatal.

“Why is it so important? While analyzing genome samples from the people of Botswana, we found that this particular gene mutation results not only in albinism, but immunodeficiency, as well. It was also found that there are no homozygotes of this mutation – not among the inhabitants of this region, and not even among all the participants of the 1,000 Genomes Project. This fact could point to a variant’s lethality when present in two copies. The risk of contracting AIDS is affected by this gene’s type – whether it is homozygous or heterozygous. It’s interesting from a genetic perspective, and it needs to be studied further,” says Stephen J. O’Brien.

Another key result of the study is that its findings have been successfully reproduced with African-American subjects. This has allowed researchers to specify the roles of not only the three aforementioned genes, but also of 13 previously studied genes that, according to the authors, could grant their carriers resistance against the life-threatening virus. Most importantly, this research will make it possible to study the HIV-1C strain in-depth and, consequently, develop better treatments against it.