Researchers from India and Russia – Partnering Up on a Project

Scientists from ITMO University’s International Research Center for Nanophotonics and Metamaterials together with colleagues from the Indian city of Chandigarh will work on a joint project to develop the components for photonic integrated circuits. A representative from ITMO university went to India where he discussed with his Indian colleagues the progress of the work and plans for the future. 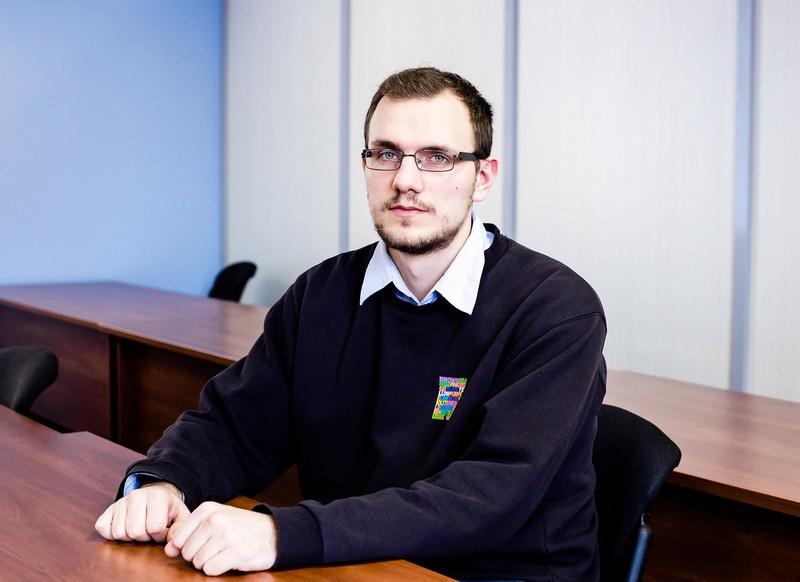 Collaboration between scientists from the International Research Center for Nanophotonics and Metamaterials at ITMO University and specialists from CSIO (Central Scientific Instruments Organisation, Chandigarh, India) began with the support of Professor Ravindra K. Sinha, who used to work at the Delhi Technological University (Delhi, India), and in 2015, began his work as the head of the CSIO science center, which specialises in the creation of optoelectronic modules and instruments.

"CSIO has extensive experience in creating a variety of sensors – seismic, optical and acoustic. For example, they have in-process R & D: sensors that determine the quality of water and air and they spent less than a year assembling a gauge for the Delhi metro, to indicate potential earthquakes. However, the Indian government funds primarily applied projects, so with basic research, the situation is getting worse. Therefore, collaboration is beneficial for both parties, since we now have colleagues who can assist in conducting qualitative research in applied fields". – explains Roman Saveliev.

Roman Saveliev visited Chandigarh during his work trip, during which he discussed with Indian colleagues plans for further collaboration. This joint project between Indian and Russian representatives will last three years, and will be devoted to the study of nanoantennas structures, which are used for converting propagating electromagnetic radiation in a localized near-field and vice versa. A few years ago, scientists from the laboratory of metamaterials proposed that instead of using the widely researched metallic nanoparticles in the development of nanoantennas, rather to use dielectrics. Due to this replacement nanoantennas allow for more effective control of the scattering of electromagnetic waves and acquire new unique properties such as magnetic response and superdirectivity. Their only drawback is their size: if the linear sizes of plasmonic nanoantennas can be, for example, tens of nanometers, then for work in the optical frequency range the diameter of the dielectric particles should be at least 100 nm.

"We focused on the development of nanoantennas for information transmission and processing, but gradually other ideas began to emerge for their use. Several members of our laboratory are now engaged in biophotonics. These nanoantennas can help improve the image depth of biological objects. I think that in cooperation with specialists from India we will come up with other areas to which they can be applied: the nanoantennas can be sensitive to temperature and other environmental parameters, and thus, they may be used for sensing," explains Roman Savelyev.

We should add that scientific collaboration between ITMO University and Indian specialists are not limited only to research in the field of Photonics and Metamaterials. Among the academic partners of the University are the Indian Institute of Technology Bombay (Mumbai) and Bharati Vidyapeeth University (Pune), and next April representatives from the Research Institute of High-Tech Computer Technologies at ITMO University are planning to hold the Kumbh Mela experiment, the world’s largest social experiment. Read more about it here.