Researchers from several major US universities together with ITMO University have identified a number of new driver mutations in lung cancer cells that may be responsive to genomically targeted therapies and to immunotherapy. 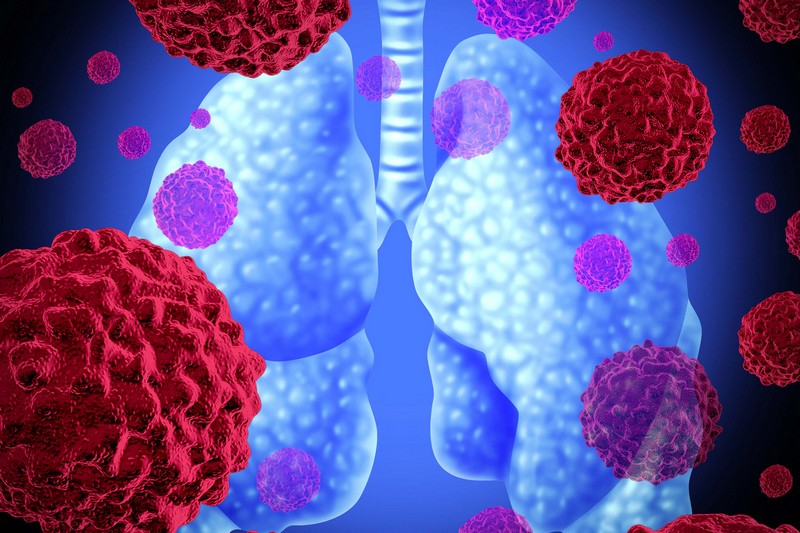 According to findings published in the most recent issue of Nature Genetics, researchers examined 1,144 genome profiles of cancers from patients with two of the most common types of lung cancer: lung adenocarcinoma and lung squamous cell carcinoma. The high statistical significance of the study enabled the identification of novel driver mutations that affect the activity of several proteins responsible for signaling in cells. In this study, scientists used statistical methods to distinguish likely driver mutations from the so-called passenger mutations that occur during cancer development, but do not provoke tumor growth.

In total, the scientists have detected 38 significantly mutated genes in lung adenocarcinoma and 20 in lung squamous cell carcinoma. However, only 6 mutated genes were shared by both types of tumors suggesting that, although both types arise in the same organ, they differ quite significantly from each other. The comparison of discovered genome variants with the other 19 cancer types have showed that lung squamous cell carcinoma is more similar to head and neck tumors and to a subset of bladder carcinomas than to lung adenocarcinomas.

The researcher's analysis additionally identified several predicted neoepitopes -protein fragments that may be recognized by immune system and serve as markers to identify and fight cancer -- in most cases of lung cancer. Thus, 47% of lung adenocarcinoma and 53% of lung squamous cell carcinoma samples have at least 5 predicted neoepitopes suggesting a great potential for immunotherapy -- type of treatment aimed at harnessing the patient's own immune system.

"We have identified several distinct recurrent mutations that are likely to be recognized by the immune system and therefore would be strong candidates for cancer vaccines," comments lead author of the paper Joshua Campbell, postdoctoral associate at Broad Institute of MIT and Harvard.

Immunotherapy has a potential advantage over chemo- and radiotherapy, because in principle it targets tumor cells and spares healthy cells.

"The immune system is highly selective; we simply need to suggest our organism that it didn't notice something really important," says Anton Aleksandrov, researcher at ITMO University involved in software development for the immunological study. "Cells constantly provide protein pieces called epitopes to the immune system for review. If for some reason, the immune system is not able to capture the epitope of a mutated protein and misses it, the tumor may arise. The search for epitopes that can be detected by the immune system of a patient is critical to the development of individual treatment strategies for cancer. Attached to proteins, neoepitopes will prompt the immune system where its help is needed."

Previously, researchers assumed major driver mutations to be similar between lung adenocarcinoma and lung squamous cell carcinoma. The new study, however, indicates that the underlying cell type is a key factor in determining whether or not the mutation causes cells to growth and multiply uncontrollably.

"Future studies are needed to determine what allows a mutation in a gene to cause uncontrolled growth in one type of cell but not in another type. This knowledge will give us a more complete understanding of the molecular pathways involved in tumor growth and help us design better drugs," adds Campbell.

Lung cancer is the most common cancer worldwide leading in the amount of deaths. Each year, more than 1,5 million cases of lung cancer are registered, of which 85% pertain to non-small cell lung cancer. This type is mainly represented by two subtypes: lung adenocarcinoma and lung squamous cell carcinoma. They can arise from different environmental factors or biological processes, but smoking is not always the primary cause.

In this work the scientists also estimated the number of mutations coming from cigarette smoke within each tumor and, in lung adenocarcinoma, and found a subset of tumors that has very few smoking-associated mutations; samples of this tumor were largely from never-smokers. This fact is also confirmed by epidemiological data, supporting the idea that lung cancer can arise from primary factors other than smoking.

In order to get information about the molecular mechanisms of carcinogenesis and the applicability of immunotherapy, scientists used exome sequencing technologies. Sequencing can involve "reading" all of the nucleotide sequence in our genome. Exome sequencing, however, reduces the scanning area to 1% of the genome containing all known genes that lead to the correct reading and synthesis of proteins. To our knowledge, it is usually exome mutations that result in significant disruptions in human disease.

The data obtained in the study have been deposited into the most complete database of genetic alterations in cancer cells - Catalogue Of Somatic Mutations In Cancer (COSMIC).

The study was led by Matthew Meyerson, institute member of Broad Institute, and professor of pathology at Dana-Farber Cancer Institute and Harvard Medical School in Boston. The major universities and cancer centers of the USA were also involved in this research work: Washington University in St. Louis; Massachusetts General Hospital in Boston; University of California San Francisco; Brigham and Women's Hospital in Boston and University of Texas MD Anderson Cancer Center.