Scientists from ITMO University and Trinity College have designed an optically active nanosized supercrystal whose novel architecture can help separate organic molecules, thus considerablyfacilitating the technology of drug synthesis. The study was published in Scientific Reports. 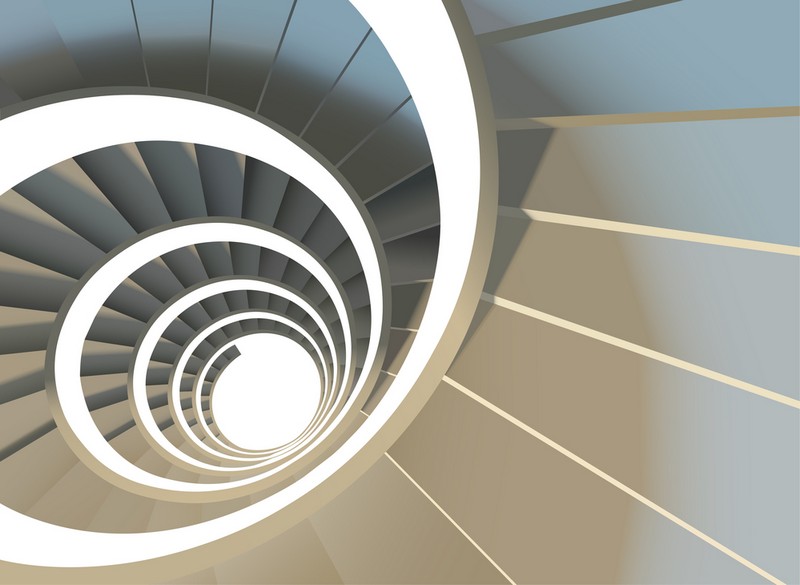 The structure of the new supercrystal is similar to a helix staircase. The supercrystal is composed of numerous rod-shaped quantum dots – tiny semiconductor pieces of about several nanometers in size. Importantly, unlike individual quantum dots, the assembly possesses the property of chirality. Thanks to this distinctive feature, such supercrystals can find wide application in pharmacology to identify chiral biomolecules.

An object is chiral if it cannot be superimposed on its mirror image. The most common example of chirality is human hands. As for the supercrystal model, its chirality can be visualized as two spiral staircases with quantum dots as steps: one turns right, while the other turns left. Therefore, the supercrystal is able to absorb left-polarized light and skip right-polarized light or other way round depending on the architecture.

Head of the Modeling and Design of Nanostructures laboratory Ivan Rukhlenko notes: “As with any chiral nanostructure, the range of applications of our supercrystals is huge. For example, we can use them in pharmacology to identify chiral drug molecules. Gathering in spirals around them, quantum dots can exhibit collective properties that enhance molecule absorptivity by hundreds of times. Thus, the molecules can be detected within solution with much more accuracy”.

Chirality is inherent in almost all organic molecules, including proteins, nucleic acids and other substances in the human body. For this reason, two mirror forms (enantiomers) of one drug have different biological activity: while one form may produce a therapeutic effect upon interacting with chiral molecules in the organism, the other formmay not have any effect at all or even be toxic. This is why careful separation of enantiomers during drug synthesis is vitally important.

In addition to pharmacology, optical activity of supercrystals can be used in several technical applications where light polarization is required. The rod shape of each quantum dot causes them to interact with light along the longitudinal axis, which is why mutual position of quantum dots has key importance for optical properties of the whole structure. Similarly, optical effects of supercrystals are most strongly manifested when the light is distributed along the central axis. Therefore, by orienting the supercrystals in solution scientists can switch optical activity of the system, similarly to the way it is done with liquid crystals.

Supported by Trinity College, scientists have examined the optical response of the model. In order to study the supercrystal, researchers varied a number of morphological parameters of its structure, in particular, stretched it like a spring, changed the distance between quantum dots and their orientation relatively to each other.

“For the first time, we could theoretically identify the parameters of chiral supercrystal that let us achieve maximum optical effect. Thanks to this approach, we avoided the fabrication of many unnecessary copies with unpredictable properties,” says Anvar Baimuratov, lead author of the study, research associate at the Centre of Information Optical Technologies (СIOT) at ITMO University. “Knowing the output parameters of optical properties, we can model a supercrystal to solve a specific problem. Conversely, having data on the supercrystal structure, we can accurately predict its optical activity”.

Based on the results obtained by the Russian scientists, their colleagues from Dresden University of Technology plan to bring the model to life and synthesize the supercrystal by means of DNA origami. This method allows assembling a helical structure from quantum dots through mediation of DNA molecules.

“Experimental study of our supercrystals should confirm their theoretically predicted properties and identify new ones. But the main advantage of new semiconductor structure is already evident: varying its morphology in the synthesis process, we can change optical response of the supercrystal in a wide frequency range,” adds Ivan Rukhlenko.

A number of current technologies are based on the use of single quantum dots. Now the researchers proposed to gather them in supercrystals.

“Assembling quantum dots in blocks, we get more degrees of freedom to change optical activity of supercrystal solutions. The more complex the structure is, the stronger its properties depend on how we have put the elements together. Adding complexity to the structure will lead to the appearance of a number of new optical materials”, concludes Anvar Baimuratov.

The study was published in Scientific Reports.