President Vladimir Putin Met with ITMO U IT Gurus 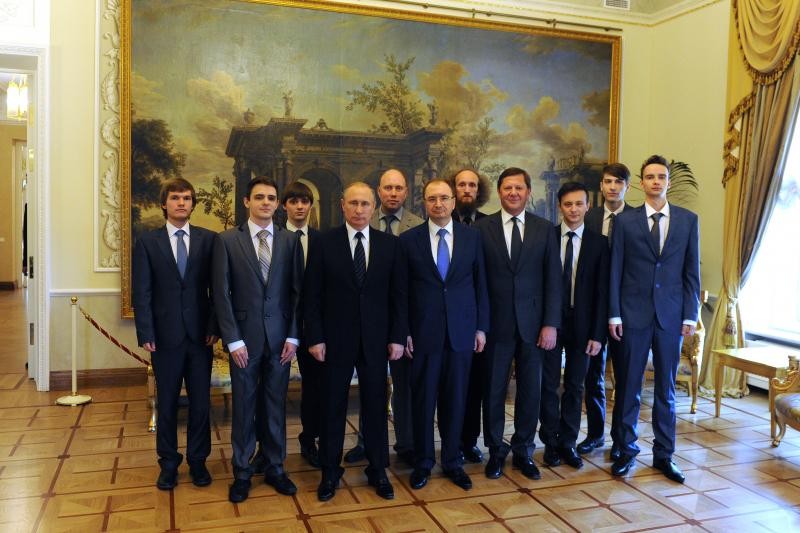 On May 19, 2016, Anton Kovsharov, Adam Bardashevich and Vladimir Smykalov, students at Information Technologies and Programming Department, competed with 127 coding teams from all over the world. They managed to solve 9 tasks and joined the top-three. ITMO U`s results were equal with teams from Harvard University, Massachusetts Institute of Technology, St. Petersburg State University, the University of Tokyo, Shanghai Jiao Tong University and others.

Vladimir Putin welcomed programmers and officials from ITMO University and St. Petersburg State University. Since 2012 teams from only these two universities placed 1st – ITMO U`s team became the winner three times, StPSU`s took the first prize twice. The president wished students and their coaches, Andrey Stankevich and Andrey Lopatin, to succeed in the prestigious international contest every time. He also noted that it is very important to support and appreciate young specialists who contribute to development of information technologies.

Vladimir Putin invited ITMO U`s programming team in 2004 and 2012. St. Petersburg coders also met with Dmitry Medvedev, the Prime Minister of Russia, and Georgy Poltavchenko, Governor of St. Petersburg. ITMO U team is unique because there is no another team, which is a six-time champion of ACM ICPC. The University is also famous for Andrew Stankevich, who was honored with 2016 ACM-ICPC Senior Coach Award. This prize is usually given those who help their teams to become finalists during 15 years.

Mr. Stankevich constantly trains students and newcomers who enroll to ITMO U to become high-grade experts in various technical fields. Every year more and more students want to study IT at ITMO U. The amount of applicants is quite more than the University can take in. On 20th of June ITMO U opened its` doors for all school-leavers who want so submit an application. All of them come to the main building to meet with professors and ask them questions. Each Top Major has its` own area where newcomers can learn everything about it. They also can visit Outside Area and co-working area called ITMO Place.