Yuri Kivshar: “IT's MOre Than a University” is a Gorgeous Motto!”

Plenty of promising research works in the field of new materials and successful projects centered around nanophotonics – all these things would be impossible without Yuri Kivshar, world famous physicist who was awarded with an Honorary Professor's Degree of ITMO University. Mr. Kivshar shared why he loves working here so much. 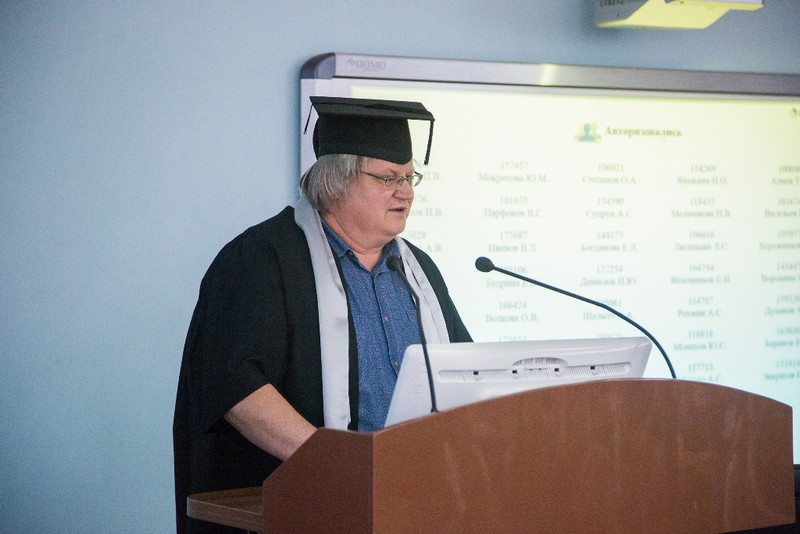 Yuri Kivshar started to collaborate with St. Petersburg colleagues in 2010 to work on joint research in alliance with domestic experts. Back then he served as head of Nonlinear Physics Centre of the Australian National University and published researched articles in top world's scientific journals. Before launching a project in Russia he appealed for a grant to contribute to one of the most promising research fields. The extensive technical background of University's staff members and international experience helped this project to make great strides.

“First of all we developed Metamaterials Lab, then equipped it with experimental units and organized an anechoic chamber. After that we started to share unique knowledge with students and young researchers through educational programs of Chair of Nano-photonics and Metamaterials. Finally we fused together all research works developed during the last five years and opened International Research Center for Nanophotonics and Metamaterials. We succeeded in all these issues thanks to openness and readiness for collaboration. Furthermore Yuri Kivshar gives students an opportunity to study abroad so as to come back home as international scientists,” said Pavel Belov, head of the Center.

Currently researchers at International Research Center for Nanophotonics and Metamaterials write promising articles published in Scopus and Web of Science. Last year ITMO U's physicists developed a pioneering work – they analyzed a new type of electromagnetic structure that would be a breakthrough in optical data transfer. Optics & Photonics News included the article in the top-20 research papers of 2015. One more reason for being a part of ITMO team is an ability to speak about science in an interesting way. Currently there are too many discoveries all over the world. So if one doesn't share his achievement nobody will know about it. To make specific technical information fresh and attractive one has to know how to share the results of academic progress.

“Despite the fact that Science Communications Office is a new unit, my colleagues from Australian National University' press office praised this initiative,” noted Mr. Kivshar.

In 2014 the grant program developed by the researcher came to an end. But Yuri Kivshar continued to collaborate with colleagues at ITMO U. The researcher has strong reasons for that.

“When I came to Russia in 2010 I knew nothing about modern Russian science, its' peculiarities and aspects. So I doubted that our ideas would be turned into reality. However I changed up my mind when I met young talented research hub guided by Vladimir Vasilyev, ITMO U's Rector. The University develops faster than all universities I know!” said the Professor.