An encouraging conference uniting academics from various universities around the world, as well as representatives of the Russian education system and government officials, has come to an end in St. Petersburg today. The effectiveness of rankings, universities' development strategies and maintaining an atmosphere of love, were all topics of today’s sessions. 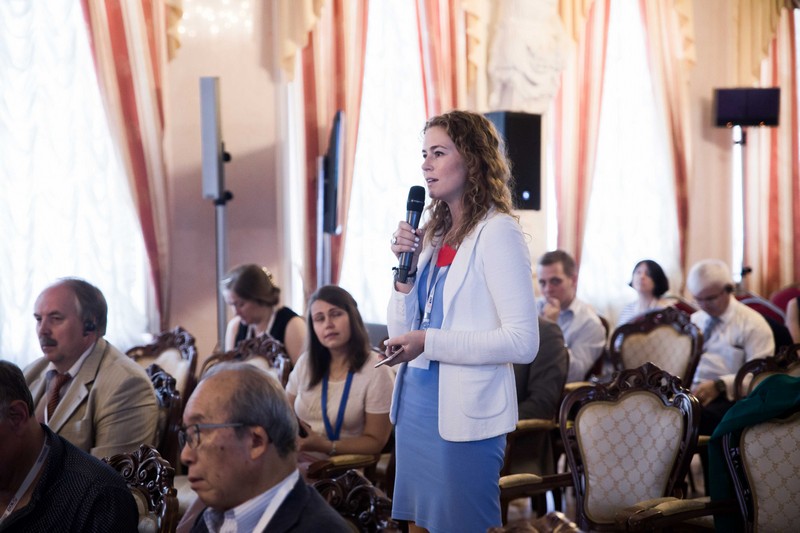 The event, organized by Project 5-100, the first day of which was described here involved discussions related to strategies for promoting universities on the international stage.  The question of the effectiveness of university rankings was a hot topic on the second day, and how they are used to assess academic excellence. Opinions regarding their use are varied, and  Ellen Hazelkorn, president of The European Association for Institutional Research (EAIR), says they are not useful in every situation but the need for rankings are inevitable with the rise of globalization. In many cases rankings are used as a basis for various institutions to build strategies and make decisions. However, indicators can not measure everything a university is called upon to achieve, such as teaching quality or the influence of research on the development of society. Furthermore, how can vastly different universities be measured according to the same indicators? So then it calls into question, as Ms. Hazelkorn put it, “are we measuring just those things which we are able to measure or are we measuring those things which are really important?” The example of Universitas21 project which evaluates the effectiveness of higher education in each country as a whole, offers an alternative method for academic excellence evaluation. Waldemar Sivinsky, Vice President of the IREG-Observatory on Academic Ranking and Excellence goes on to say that “Rankings are attractive but do not encompass all.” He does however believe that they are “developing and going through a transformation.” Both Ms. Hazelkorn and Mr. Sivinsky shared that the decision making process shouldn’t be based only on rankings, and that when it comes to a university’s strategy, they should be careful not to blindly address all indicators used by QS World Rankings and Times Higher Education. Universities should have their own goals and make decisions based on indicators which are applicable to them.

Academic excellence initiatives such as Project 5-100 are assisting universities to create new ways of evaluating academic effectiveness. Project 5-100, for example, is assisting universities to focus their attention and resources on the university’s strengths and to form strategic academic units (you can find more information about forming these units at ITMO University here). Andrey Volkov, Vice president of The Council on Competitiveness Enhancement of Leading Russian Universities pointed out that “Project 5-100 gave universities an opportunity to be focused on issues which are important for their development. It has a positive influence on those universities which are not taking part in the project as well. Now we have a healthy atmosphere of competition in Russian higher education. The influence of the project goes beyond those universities participating over the last three years. We have observed that reputation, image and brand awareness now are more important for universities than financing. A major challenge for them is to find people who not only support the changes, but have the desire to contribute to positive change themselves”.

Representatives from Germany, France, Japan, Spain and Canada shared how academic excellence initiatives are having an effect on the development of education and research. Thoughts such as the role of scientists and the academic community in decision making processes in Germany, and the increase in the autonomy of French universities were also shared. Mikhail Strikhanov from the National Research Nuclear University MEPhl (Moscow Engineering Physics Institute, explained that increasing the number of international conferences held at the university immediately affected its Webometrics rating. It was also noted that since Russian Universities are often specialized in specific fields, they are less likely to have a large number of experts well known abroad. As a final and poignant remark of the conference, Daria Kozlova, Vice Rector for International Relations at ITMO University described the university’s participation in the Russian Academic Excellence Initiative in terms of a love story.  In 2013, the university became a participant of Project 5-100, after getting to know each other, the university and the program began to find common "habits" and "interests". The positive environment has become a powerful impetus for more and more talented young professionals to join the ITMO University team.

Ms. Kozlova further remarks that “pne of the main conditions for attracting talented people is an ability to speak the same language as them. Understanding this helps us to conduct the college admission process and develop programs to attract school students in an effective way. When it comes to attracting foreign students, it’s not just about speaking English with them. We are trying to understand what they want and what they are expecting. We collect feedback from those who came to study at ITMO University. It doesn’t matter if it was just a week, a month or the whole semester. Every day we remind ourselves that we are working for the students. I believe that the development of our university has become quite consistent coming into 2016, and participation in Project 5-100 can be considered as a "mature relationship". Love is all we need, and all our work is based on maintaining this atmosphere".