Researchers from Aston University and ITMO University have demonstrated a new method to fabricate optical microresonators with unprecedented precision of less than the diameter of a single hydrogen atom and 100 times less than the current fabrication precision of similar devices. The possibility of creating microresonators with such precision level can enable the development of more complex optical circuits and possibly allow engineers to use light for long-term information storage. 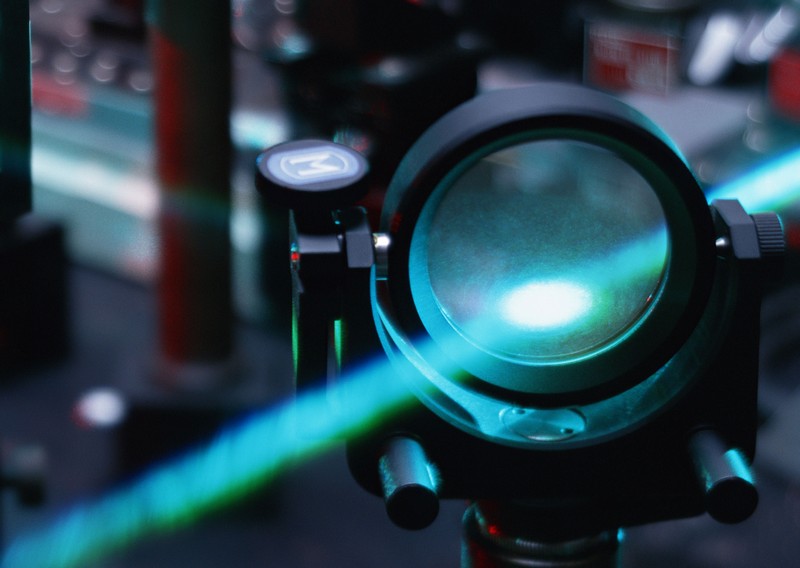 In the study, published in Optics Letters, Michael Sumetsky, professor of Aston Institute of Photonic Technologies and Nikita Toropov, researcher at the Center of Information Optical Technologies (CIOT), have described the structure of bottle microresonators  produced in such a manner that the difference between their size does not exceed 0.17 angstrom. This variation in size is 10 times smaller than the diameter of a hydrogen atom and 100 times smaller than a nanometer. For comparison, current manufacturing precision of microresonators is still measured at the nanoscale. Such a leap in fabrication precision can significantly improve the efficiency of future optical devices.

Photons have no rest mass and are said to exist only in motion. This is one of the main obstacles to using light for information storage. Photons cannot be stopped. However, it is possible to delay the data flow carried by photons, for example, by trapping the light beam with a series of microresonators. The direction of light can be regulated by changing the shape and size of the microresonator. However, any change in these parameters must be very subtle and exact since even the slightest defect on its surface can send the beam astray.

“When light circulates for a long time, it starts to interfere with itself,” says Michael Sumetsky. “If an error crawls in during the fabrication of the microresonator, we lose control of the system. That is why there are two requirements that must always be met: minimum deviation in dimensions of the microresonator and low light loss. Our microresonators comply with both.”

Remarkably, this technology is not based on any existing methods and represents an entirely novel approach to creating microresonators. “We did not intend to improve any existing technologies, but rather worked out our own way,” says Nikita Toropov. “My coauthor, professor Sumetsky, deserves the credit for this achievement. Several years ago, he created a new technological platform for fabrication of microresonator circuits called SNAP (Surface Nanoscale Axial Photonics)”.

The essence of the SNAP method lies in controlled introduction of nonuniformities onto the fiber surface by a laser. It is crucial that the laser does not melt the fiber, but anneals it removing the strains frozen inside. When these strains disappear, the fiber swells a little and a microresonator forms.

To achieve the high reproducibility of each microresonator parameters, the scientists annealed the fiber by laser, measured loss after the light propagation through the microresonator and corrected its shape. The undulation correction is the most painstaking step in microresonator fabrication, since one extra laser impulse or a positioning error of several microns can strongly distort microresonator shape. Gradually increasing the precision, the scientists have attained the limit of the measuring device that registers the light loss. It means that in the prospect, the achieved fabrication precision can be improved even further using of more accurate equipment.

A significant advantage of the new technology is its simplicity. “Our technology does not require vacuum and is practically free from “wet” stages associated with circuit processing by corrosive solutions that considerably lowers the cost. But what matters most of all is that this is a step towards all-optical devices that will improve the quality of data transmission and processing and will increase energy efficiency,” adds Nikita Toropov.

According to the researchers, challenge still remains in the fragility of the tapered microfiber used to feed light into the resonator. “This fiber is 50 times thinner than a hair,” notes Nikita Toropov. “It is simply too easy to break, so we had to make new ones again and agian. Quick fabrication of such microfibers remains out of reach”.

Now the researchers are planning to continue the development of technology for fabrication of advanced SNAP devices for applications ranging from ultrasensitive measurement devices to quantum computers.