I, Chatterbot: Why Virtual Conversational Partners are on Trend Again

Bots that once posted weather casts and jokes in chats are becoming popular again - though now they can do much more, and investors gladly spend money on their development. This article is about the appliance of the new generation of chatterbots. 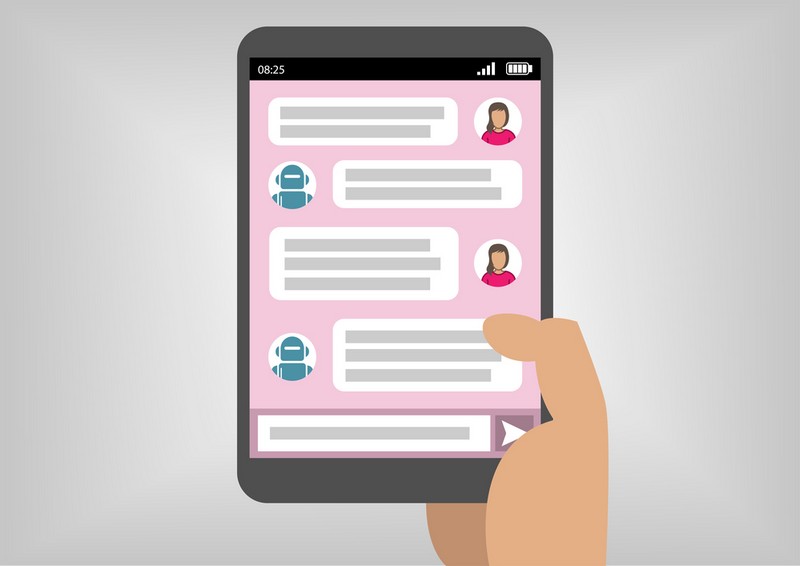 Nikolai Puzyrev, a Master's Degree student at the Department of Technological Management and Innovations, explained that the new wave of chatterbot's popularity originates in the East. The creators of WeChat, Line and KakaoTalk were the first ones to realize that messengers are "the new Internet". Even those who don't need social networks make use of them: a smart phone is something you carry around, using a familiar program is always easier than registering on a new website, and the possibilities of modern platforms provide numerous tools for the user. During the times of ICQ, the bots had to imitate "normal" users, and could work text-only - they searched for key phrases in user’s messages and answered with rates of exchange, jokes or weather forecasts. In order to receive additional information, the developers had to invent everything anew - for example, ask the users to answer some questions or analyze web pages. Now, messenger developers provide programmers with handy APIs featuring whole sets of classes and procedures, using which the program can exchange data with the server and carry out different tasks - for instance, add new links to the interface or make electronic payments. One can also integrate possibilities of different platforms: to request access to one's Facebook account in order to find out his musical preferences and to suggest some new album, or show addresses of the nearest bars on GoogleMaps based on a geotag. All of this can be done using one messenger, the one commonly used for everyday interactions with friends and colleagues.

The realization of the potential of the new generation bots gradually spread west. The first company to invest in this direction was Telegram, which has now developed one of the end-of-the-line bot platforms. Then, both Facebook and Vkontakte started using APIs, though they are still against bots who imitate humans to promote groups or pages. As of now, bots are starting to handle orders for online stores, work as tech support when it does not imply the help of an engineer ("turn it off, then on" and cases like this). They save time for specialists - and money for businesses: a mail-out using SMS costs about 1.5 rubles per message, while a bot can reach the client for free.

According to the information from WeChat's official website, more than 700 million people now use the app, many use it to pay their bills, order taxis and make doctor's appointments. Most people still don't trust bots as much as Chinese users, but companies start to assign more and more tasks to them. The corporate messenger Slack has become the main pivot for business bots; its creators have founded a venture fund for developers, as well as a centralized bot catalog, while Telegram, for instance, doesn't have one: one has to look them up in some "Ten best bots for smth." ratings. There are few extensions with cats or memes in Slack, but there such bots as StatsBot: it can understand and handle requests in natural language, and, for example, send diagrams answering different user requests, like the number of new visitors to the website. The cheapest service plan for the bot is $16 a month, and there are more than 14 thousand companies amongst its users. The commercial success of this project is undeniable. Who to communicate with

Though there are no centralized platforms for bot advertising in Telegram, there are still the unofficial catalogs, the biggest being storebot.me. It also has its own account on Telegram: one can use it to rate and comment bots.

"I believe that the most interesting bots are those that mediate communication between several people. For instance, it can be hard for a group of people to decide on music that is OK to all of them, so the program can browse through their playlists and choose a number of tracks that are liked by most. The other group of bots that I would like to mention are those based on neural links, that try interacting with the user in natural language. Most of those use English for communication, and there already are some methods for it, for instance, the word2vec library from Google. Finally, there are bots that originated from social networks. Those are still used for promotion in Twitter, but now they can also analyze user's posts, and help moderate sites, as well", - notes Nikolai Puzyrev.

Entertainment programs are the most successful among Telegram users - these are games and bots that mail out jokes, pics and music. For example, there is the @QuestGameBot@, which is the "Hello, Stranger!" game realized in a messenger: one has to help a person, who's awakened in a scuba suit on the sea floor and does not remember anything, to survive. @GodNotBot@ is a "chieftain simulator": in this game, you will have to hear out complaints from you people and decide on recruiting new shamans or warring with your neighbors in search for supplies. There are bots for traditional games as well - numerous casino bots or bots like @WerewolfBot@, which helps one find partners for a "Mafia" game without exiting Telegram.

There are numerous useful bots; in fact, the bot's application is limited only by the creativity of its developer. @MyCookBot@ can help decide what to cook for supper: one just has to input the ingredients, and the bot will show a list of possible dishes. The @MakeUpBot@ can advise on today's makeup, and show photographs with examples. @Epytombot@ will help choose clothing based on the weather forecast, @My_money_bot@ helps count one's expenses, @hey_coffee_bot@ can order coffee while you are in a traffic jam, and @AndyRobot@ helps with learning English while using only natural language. How to create your own bot

The greatest advantage of bots from the business point of view is that one no longer has to spend time developing the interface or promoting the app. The completion speed of a project has increased by times, and thanks to the cross-platform nature of popular messengers one does not have to worry about which OS does the client prefer. First of all, one has to contact @BotFather@ and get a name and a Telegram-address for the new bot, and receive a special set of symbols called token.  This token is to be copied to the code on your server, if you are writing the bot by yourself: Telegram servers use it to "recognize" the bot. You don't necessarily have write the code, though: you can pass the token to an agent and make use of @Manybot@  by creating a simple program that will monitor RSS news feeds and send notifications to Telegram.

Nikolai Puzyrev and four of his colleagues from the Department of Technological Management and Innovations are currently working on the @SportmateBot that helps find companions for sports activities. All one has to do is to post a geotag for the bot to know, where he’s planning to train, and fill in a simple survey. Then the bot sends back a list of surveys by users who train nearby. As of now, @SportmateBot can be only used for jogging, but the students are planning on developing its capabilities. This project has been submitted to the accelerator program by Dubai Accelerator TURN8.

"We want to add new notifications, new types of sports and events, for the bot to be able to help in finding companions for different events, or movies, for instance. There already are different ways of making money with bots. For example, there is the Ad Market - the bot can show ads while it's being used. Still, we don't want to hurry with monetizing: we want to be sure that our app is really useful. That's why we are set on increasing the target audience for the bot, translating it to English and transferring it to Facebook Messenger", - says Nikolai Puzyrev.