Blood velocity is an essential indicator for diagnosing and treatment of a range of diseases, like atherosclerosis or diabetic foot infections. Yet, modern devices for measuring blood velocity are either not accurate enough, or too expensive. The residents of ITMO University Technopark - the VISmart company - presented their own device, which is much cheaper than its counterparts and uses optics for measurements. 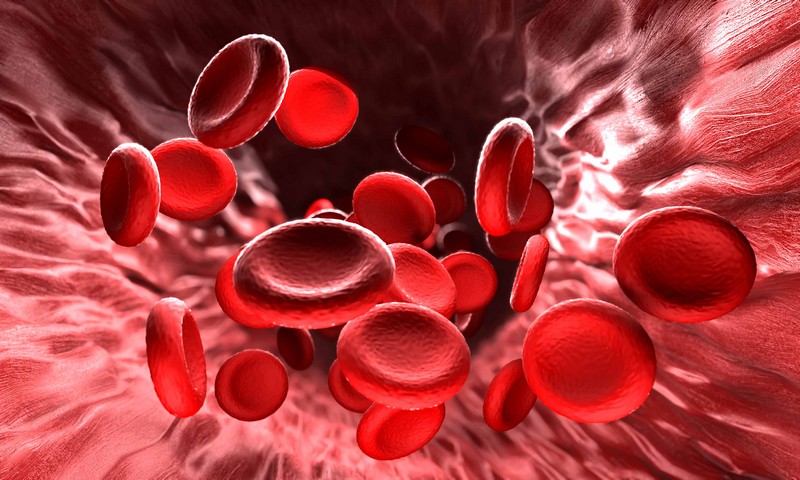 Yuri Emelyanov, CEO for the VISmart company and a member of ITMO's International Laboratory "Information Science and Semantic Technologies" explained that the most widespread method to measuring blood velocity is using doppler ultrasound to assess it in the large arteries, - something similar to how radar guns work. Still, sometimes knowing the blood velocity in the large arteries is not enough: a great deal of blood goes through the lesser vessels, and blood velocity in the peripheral circulatory system is a critical property for monitoring things like healing rates of the skin covers.

To assess the medial blood velocity in a limb, medics use the so-called occlusive method: the limb is occluded using a pneumatic wrap, the blood outflow decreases, the limb starts to swell up, and the speed of swelling is used to measure blood velocity as a whole - in both large and lesser vessels. The results are read using a water basin (measuring the water level) or a special tube filled with an indium-gallium mixture that changes its resistance depending on the pressure. Both of these methods have considerable drawbacks. Using the water basin does not provide enough accuracy, and the special tubes are too expensive to regularly replace them. To solve this problem, the VISmart company proposed to assess the change in the limb's volume with optical methods. "Our solution introduces a system of LED lasers and light-sensitive elements. The laser creates a light spot on the receiver, the limb casts off a shadow, and one can assess the change in volume by monitoring the shifting of the shadows border, which we read in two projections. Using optical methods, we can also assess the heart rate. We've conducted a series of measurements, and the specialists from the Federal Almazov North-West Research Center have confirmed the efficiency of our approach", - says Yuri Emelyanov.

Occlusive laser-optical plethysmography allows to asses both blood velocity and the tone and capacity of veins in the study area. The method using electrical resistance is being developed in the USA, but the equipment is times more expensive than the device developed by scientists from ITMO. Dmitry Pavlov, the head of sales of the VISmart company and an analyst for ITMO's "Information Science and Semantic Technologies" Laboratory adds that universal introduction of this device can relieve the cost loading on the health care system.

"As of now, there are such diagnoses like vegetovascular dystonia. This can mean any of a wide range of diseases, that cannot be diagnosed firmly due to the lack of the necessary means to it. Occlusive plethysmography lets understand the nature of the disease and choose the appropriate treatment, - explains Dmitry Pavlov. - in Europe, direct and indirect losses from these pathologies lead to economic losses amounting to billions of rubles due to disablement and treatment of patients whose diagnoses came in untimely. Our device will help the health care system to save this money. However, this diagnostic method is not as universal as the MRT, for instance, so it's harder to promote the necessity of its introduction.

Currently the occlusive laser-optical plethysmograph is being used in the Federal Almazov North-West Research Center.