Departed rock stars performing on stage as though they’re standing before you in reality, it sounds like futuristic technology when in actual fact it’s ancient. Earlier this month, when deceased rock star Ronnie James Dio astonished audiences as he appeared on stage singing and dancing, the media kept referring to it as a “hologram”. So what is a hologram? And why was the famous rock star not actually a hologram at all? 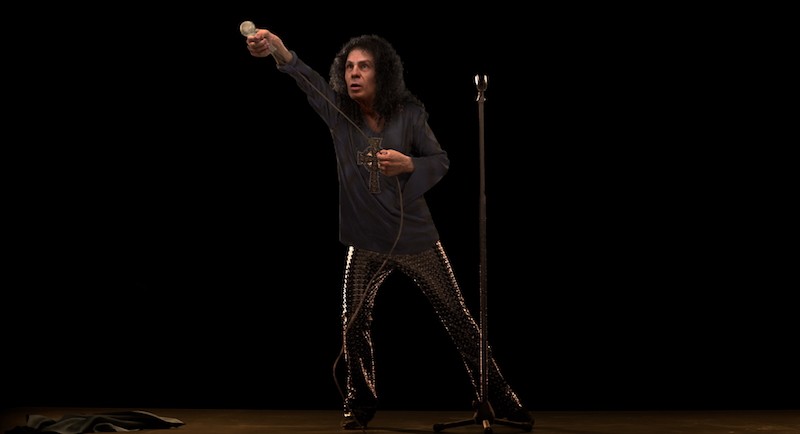 When the frontman of the group “Rainbow”, “Black Sabbath” and leader of his own project “Dio” appeared on the stage of the German festival Wacken Open Air, it wasn’t just the audience that was struck. “When I first experienced the full production of Ronnie performing with his band as a hologram, I couldn’t believe my eyes and ears,” Dio’s widow Wendy tells Rolling Stone. “With Eyellusion, we have been able to get Ronnie back up onstage where he belongs, ensuring that his music and memory live on.”

While it’s common for methods of projecting and reflecting images to be referred to as “holographic” or even more misleadingly “holograms”, the method used for "resurrecting" this famous rock star and many other performers including Michael Jackson is actually the Pepper’s ghost technique. It uses a partially reflective surface to mix a reflection or image of famous personalities with the scene beyond, which may include living persons. The method has been around since ancient Greek times, but John Henry Pepper demonstrated this specific technique in the 1860s with it being used to overlay visual elements onto a physical set or stage. Dean of the Faculty of Natural Sciences at ITMO University, Sergei Stafeev affirms that this is “definitely not a hologram. This technology is often called a holographic projection but actually this kind of gimmick has nothing to do with holography”.

Even the company Eyellusion who “resurrected” the famous singer, refers to it as a hologram on their website without even explaining what technology was used to create the image. Alexander Toropov from the Faculty of Photonics and Optoinformatics explains that the illusion was based on a combination of images from live recordings projected onto transparent foil or Mylar. The foil would have been mounted at an angle of 45 degrees to the stage. The projectors were placed in such a way so that the image would be seen by the audience at the necessary angle. So while what was done was creative, scientific and almost like “magic”, it can’t be called a hologram, in fact, according to Tatiana Kuzmina from the Faculty of Photonics and Optoinformatics, such a misunderstanding could even be harmful. Firstly, it may be offensive to scientists who have been working with real holographic technology for years, clearly not an easy field to master. A real hologram occurs as the effect of recording the interference pattern due to the properties of waves. You can see one in the Museum of Optics at ITMO University, for instance. Furthermore, holography is not some visual trick but more of a scientific experiment, with the use of expensive equipment, including lasers. The principle of creating holograms is similar to taking photos, except photography uses amplitude while holograms also use wave phases. This allows one to “encode” more information into the hologram than one can do in a photo. If the general public continues to have a misrepresented view of holography, then they will expect something “sensational” from scientists, who are actually engaged in something else completely.