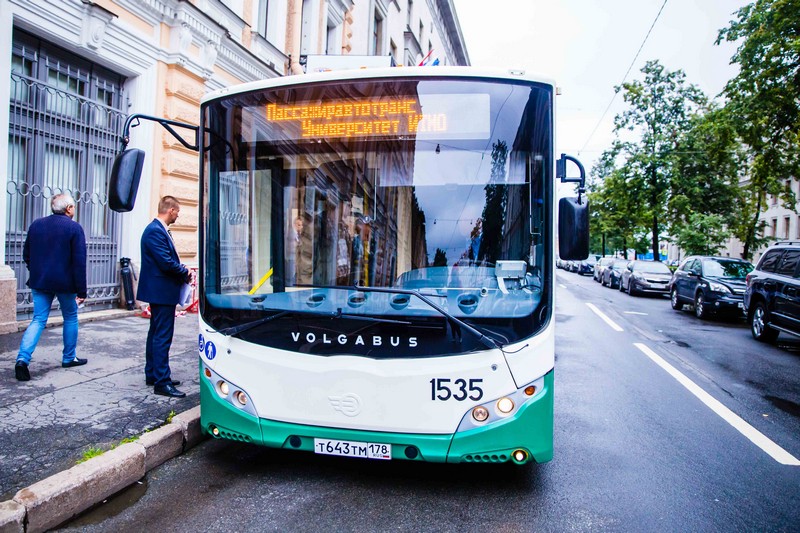 The "Everywhere" system (the working title) introduces modernized validators, on-board terminals for drivers and conductors, as well as detectors installed in the cars. The systems main feature is that all of the equipment used is interconnected via cloud technologies. For passengers, it means that they can use almost any device linked to their account in the system to pay the fare. That may be a smartphone app, a magnetic strip or a bank card, a "smart" band or tag or a QR-code. One can even pay by calling the number written in the vehicle; there are lots of ways to refill your account as well - for instance, by using the @vezde_bot in the Telegram messenger.

As the system uses cloud technologies, the logistics are done on the central server, so the passengers can plan their trips using the most recent data - there is a special app for it as well. The system also allows deferred payments: if the ride takes less than 90 minutes, then transfers will be free; if not, the price for several "tickets" will be taken from the account. By using the on-board terminal, the driver can monitor the presence of fare jumpers and his vehicle's condition, as well as report emergencies. Additional functions can be added using a tablet. The transport operators can use the technology to computerize the business processes; it also offers a common system of business control and analysis.

According to the developers, this project marked the beginning of the introduction of third-generation fare systems to the public transport. The first generation used paper tickets and punchers, the second "wave" introduced electronic devices - tourniquets and validators; now, the third broadens its possibilities with informational services that help planning trips, detect fare jumpers and monitor the vehicle's condition.

"The development of modern technologies greatly affects our lives and the intercommunication between people, business and government - transport included. The introduction of such systems as Uber, "Yandex.Taxi", GetTaxi led to taxi becoming the only type of transport that has considerably lowered the costs, increased the quality and its popularity amongst passengers by using informational technologies. As of now, public transport has come to this point as well - we are to expect new technologies introduced into the system", - comments the head of informational technologies administration of the Analytical Center for the Government of Russian Federation Alexander Malahov. The "Everywhere" project's first presentation was in Kaliningrad, and now its developers negotiate about introducing the system in Saint Petersburg. Its presentation was on August, 30th: the staff from ITMO University and the Analytical Center for the Government of Russian Federation took journalists and government officials for a ride along the Vasilievsky Island on two buses fixed with the new system. As of now, it is introduced in testing mode (no validators, only on-board driver terminals) to one of Saint-Petersburg's bus routes; the full introduction of the system is expected in 2018, during the FIFA World Cup.

"The idea became real in only half a year. The system's best point is that you can pay the fare with something you always carry around, and there are lots of apps that help you plan your trip based on logistics and passenger flows. Thank to it, you can plan everything - the route, the time required and the costs as well. Still, this is only the beginning - testing the system will require some time, as it has to be done on different routes", - concludes Igor Albin, Saint-Petersburg's vice-governor. We'd like to note that the system's prototype was developed by the specialists from ITMO University’s engineering center "M2M - telemetry and instrumentation technology" under the lead of Samuil Gorelick. The pilot solution has been developed in collaboration with the Analytical Center for the Government of Russian Federation. Specialists from the Informatization and Communication Committee under Saint Petersburg's Transport Committee provided consultations.