Alexey Sergushichev, head of the Bioinformatics Group at the International Laboratory Computer Technologies won a grant by the Systematic Biology program of the Skoltech for developing computational methods that will assist in analyzing and control of biochemical reactions of immune cells. 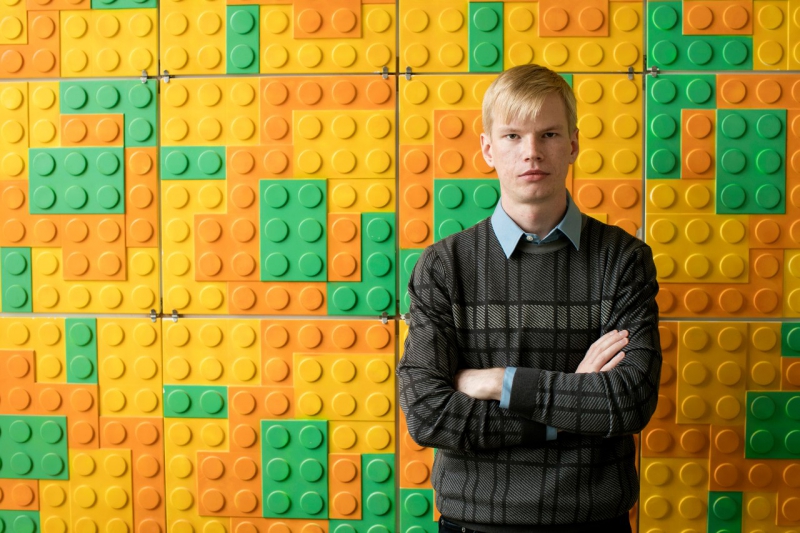 There are several groups of cells responsible for immunity support. When some foreign matter comes into contact with an organism, the cells that are in charge of its eradication start being active. To undertake its missions, for instance, killing of viruses, a cell triggers certain chemical reactions – this process includes enzymes that determine a sequence of reactions and control their speed. This linked series of reactions is called metabolic pathway. Generally, metabolism is the set of chemical transformations whose products are called metabolites. The phenomenon of metabolites is poorly studied – recently, the international team discovered a new function of the metabolite called itaconate, which acts as an anti-inflammatory agent in macrophages.

To understand what an immune reaction is, one needs to figure out the whole metabolic pathway of cells. For this purpose scientists collect data on biochemical states of the cells participating in different reactions. Firstly, one takes into account transcriptomic data that explains what reactions are triggered by different enzymes. Secondly, one needs metabolomic data that shows what metabolites appear in cells during the reactions. This information helps determine triggers, products of reactions and understand what act as a catalyst for the next reaction.

“We analyze a process of immune cells’ activation including macrophages, the cells that initiate immune response to wounds. There are lots of diseases that make the immune system work improperly. To find out the reasons for that, one needs to analyze the whole process of immune response in detail. Theoretically, we will be able to affect certain reaction of the metabolic pathway as opposed to a damaged immune cell. Perhaps, the only thing physicians will have to do is weaken those reactions that precede and come after the wrong one. That would be more effective solution,” says the PhD student.

Usually researchers use immune cells of mice – macrophages are taken from their bone marrow. To detect what changes appear in a cell at every stage of the metabolic pathway, the researchers use RNA sequencing [Sequencing is a process of detecting components of molecules including RNA -Ed.] and mass spectrometry. Using the first method, researchers can detect what types of enzymes appear in cells and determine their amount. RNA is responsible for production of enzymes. Thanks to RNA extraction, the researchers can detect the amount and components of catalysts for reactions of the metabolic pathway. The mass spectroscopy works as follows: by calculating the ratio of mass of material to ionic charge one determines what types of metabolites are produced during the reaction.

The web service, developed by the researchers, may help study inner processes of cancer cells. Using the program, one can develop a precise map of metabolic pathways in these cells and figure out the mechanisms of tumor growth.

The duration of the Skoltech program is three years. To join it, an applicant has to write several articles for journals with high impact factors and meet other requirements of the jury. It is the first large grant program in the field of biotechnologies and biomedicine, which aims to motivate scientists work in Russia. Apart from Alexey Sergushichev some scientists from Moscow State University, A. M. Prokhorov General Physics Institute, Shemyakin-Ovchinnikov Institute of Bioorganic Chemistry, RAS (IBCh RAS) and Skolkovo Institute of Science and Technology took part into the program.