On February 8, the 14th Baltic Science and Engineering Competition ended in St. Petersburg, in which more than 500 Russian high school students participated. Among the winners of the competition was Maksim Mikhailov, a member of ITMO University's School Robotics Team.  At the competition he presented the robot Forester, which can monitor forest health with the efficiency of ten human workers. Now, Maksim will represent Russia at the Intel International Science and Engineering Fair (ISEF) for high school students in the United States. 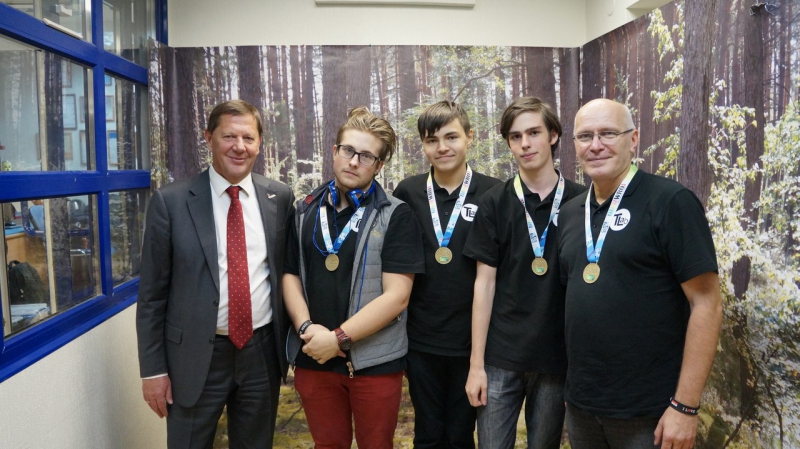 The Baltic Science and Engineering Competition traditionally brings together the most talented and motivated high school students from all over Russia, as well as Belarus, Ukraine and Kazakhstan.  Projects are chosen based on the uniqueness and originality of their ideas.

High school students of different ages presented their research at poster sessions in several categories. In 2017 the competition also introduced a Robotics category. The winner of this category, Maksim Mikhailov (School 239) a student of Igor Lositsky, from ITMO’s Department of Computer Science and Control Systems and head of ITMO's Youth Robotics Lab. As part of the poster sessions, Maksim, presented the Forester robot, a walking/riding robot which can replace up to ten people in monitoring a forest's condition by gathering data on the trees' condition, defining areas for sanitation, harvesting and even preventing forest fires.

Maksim will accompany the robot to the international science fair Intel ISEF in the United States, where he will present it to international experts.

Maksim Mikhailov has already won competitions and championships in robotics as part of ITMO’s School Robotics team. For example in 2017, the team won awards at the National Robotics Olympiad and the World Robot Olympiad.

Together with Maksim, seven other students will also participate in the international event. In 2018, Intel ISEF will take place in Pittsburgh, Pennsylvania (US).